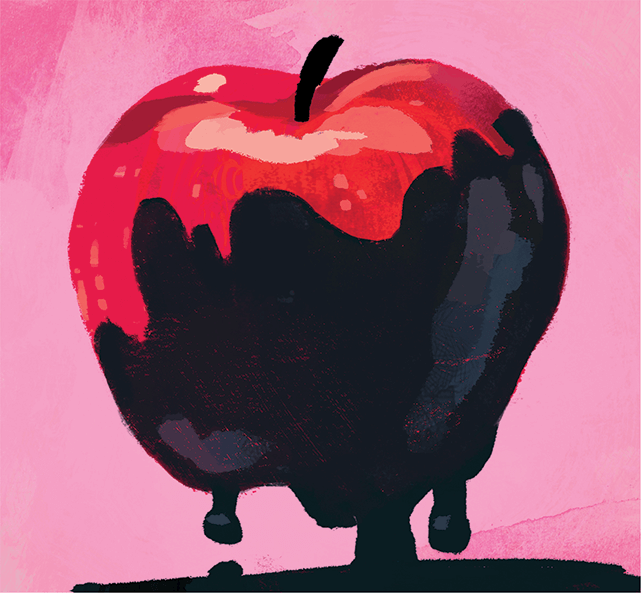 Hampshire College has a long history of putting its money behind its progressive principles, serving in the vanguard of various divestment movements. A 1,400-student liberal arts college in the western Massachusetts town of Amherst, Hampshire was the first college to divest from apartheid South Africa in 1977. Trustees voted in 2009 to divest from an investment fund that was red flagged during to social responsibility screening. (Ed. Note: The college says the move was not motivated by concerns certain corporations’ support for Israel’s occupation of the West Bank, as reported in the Fall 2013 edition of Corporate Knights.)

Now, the school is employing its $33 million endowment fund to send a message on climate change, approving an investment policy that shuns fossil fuel producers and aims instead at supporting the growing clean energy sector.

Hampshire is among a growing number of colleges, municipalities and religious institutions in the United States that are backing a “fossil free” campaign mounted by 350.org, the American environmental organization that has targeted Canada’s oil sands as a particularly carbon-intensive source of fossil fuel and organized rallies against the planned Keystone XL pipeline which would deliver Canadian bitumen to the Gulf Coast.

But the fossil-free movement is about more than oil sands, or even coal. Activists are targeting the top 200 oil, natural gas and coal producers in the world, including industry giants like ExxonMobil, BP and Royal Dutch Shell. The list includes Alberta-based producers like Suncor Energy and Canadian Natural Resources.

The movement now has activists working on campuses and in cities, hoping to replicate the South Africa divestment effort that was seen as an important contributor in the anti-apartheid campaign, ultimately helping drive that country to majority rule.

Jonathan Lash is president at Hampshire College and a former president at World Resources Institute, a non-governmental organization in Washington, D.C., that focuses on sustainable development. He says Hampshire’s decision to amend its investment policy pre-dates the 350.org effort, but the college has since signed on to the campaign.

“We’re not going to bring Exxon to its knees,” Lash said in an interview. “But we try to act based on the values that are important to us and then make case by case determinations as we are investing.” The approach is about embracing as much as rejecting. “We try pretty hard not to just make it a negative screen but to affirmatively look for positive opportunities [in clean energy],” he added.

Lash said the college is pursuing divestment as a complement to actions it is taking on campus to lower its greenhouse gas emissions, including increasing reliance on solar and ensuring new buildings have zero-emissions designs. And he said the divestment is as much symbolic and political as it is financially motivated.

“Scientifically, we know what the problem is; technologically, we have the solutions, but politically we haven’t found a way to move forward to adopt the decisions . . . This discussion puts a set of interests that seem to run contrary to society’s interest at centre stage, and that is a good thing.”

Jamie Henn, campaign coordinator with 350.org, acknowledged it will take many more members before the fossil fuel industry feels any impact from the divestment movement, though a commitment from a school like Harvard University – with its $30.7 billion endowment – would be significant.

“Divestment is a strategy that allows us to really go after the fossil fuel industry as a whole and bring a kind of moral clarity to it as it did during the apartheid era,” Henn said. “If it is wrong to wreck the planet [through carbon emissions], then it is also wrong to profit from that wreckage.”

There are now activists working on divestment campaigns at more than 300 campuses across North America, Europe, Australia and New Zealand. It has spread to municipalities – primarily west coast cities and college towns – and the faith community, which has long been involved in ethical investment strategies.

The movement also highlights the risks of remaining invested in fossil fuel companies that may be overstating the value of their oil, gas or coal reserves heading into a carbon-constrained future.

The concept of “unburnable carbon” has spread since the International Energy Agency reported in 2012 that nearly a third of current fossil fuel reserves would have to remain in the ground if the world was to avoid the worst impacts of climate change.

“We’ve seen the divestment campaign has been a real vehicle to carry that discussion forward,” Henn said. For student activists, divestment is a concrete measure that they can pursue in their own community on campus.

Chloe Maxmin, a junior majoring in social studies at Harvard, was a co-founder of the divestment committee there a year ago and has already seen progress. Last school year, the student body at Harvard College approved a referendum by 72 per cent, demanding the school’s endowment fund divest from the top 200 fossil fuel companies and reinvest in socially responsible funds. Student government adopted that vote, and Maxmin’s committee is now holding a series of meetings with the university’s administration.

Maxmin acknowledged that Americans have little choice but to continue using fossil fuels. But she said the long-term goal is to redirect capital away from companies that produce GHG-emitting fuels toward renewable energy companies that will facilitate the transition.

She pointed to research that suggests investors can shift from fossil fuel producers without undermining their returns, a key issue for endowment funds and other large investors that have a fiduciary duty to maximize their return on investment. “In general, divestment is not going to majorly impact the endowment,” she said.

Harvard’s massive endowment is invested in a broad range of hedge funds and mutual funds, venture funds, and trustees have told the committee that divestment would create major losses. However, they are willing to discuss an effort that focuses on the direct investments the endowment fund has made in the top 200 fossil fuel producers.

One positive outcome came in late July, when the manager of Harvard’s endowment announced it had created the new position of vice-president of sustainable investing. In that role it hired Jameela Pedicini, who was investment officer for global governance at the California Public Employees’ Retirement System (CalPERS). One component of Pedicini’s job will be to explore partnerships related to environmental, social and governance investing.

Momentum is also gathering on Canadian campuses. The effort was launched by the Canadian Youth Climate Coalition, which has now joined forces with 350.org and was expecting to have at least 20 chapters across the country this fall.

At McGill University in Montreal, the divestment committee has won the support of the student government and a number of faculty groups. The social investment committee of the board of governors said climate change does not fit into its criteria of avoiding investments that result in social injury, but the students have vowed to rework their submission and try again.

“The group at McGill is gearing up to really continue to build momentum on campus and turn up the heat this fall,” said Cameron Fenton, national director of the Canadian Youth Climate Coalition and organizer of the campus campaign.

One potential downside of the divestment movement is the elimination of shareholder activists from the corporate governance process of the fossil fuel companies, which routinely face resolutions at annual meetings to clean up their practices.

But Fenton said shareholder activism only goes so far when you’re challenging not just the way a business operates, but the nature of the business itself. “It fails to meet the need when we’re talking about divestment around climate change and fossil fuels,” he said. “Divestment is really taking that hard-line, moral stand that the business model of these companies is fundamentally at odds with the interests of society.”