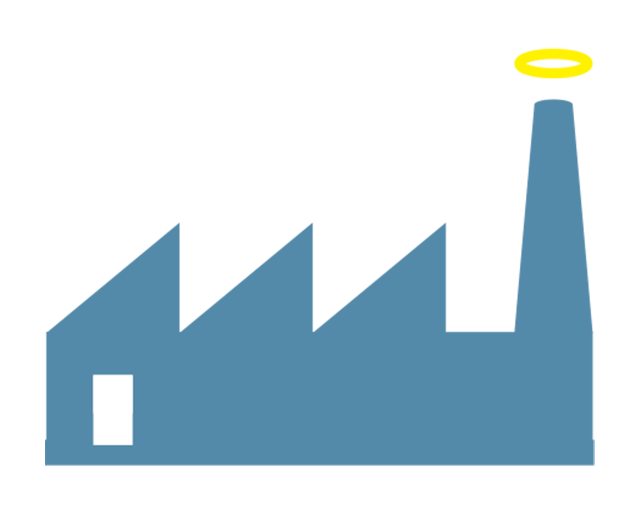 Proving you have never invested in the slave trade or a gun maker would be rather simple. More difficult is to prove you sidestepped investing in factories hazardous to workers’ health. Hardest of all, though, is to prove you helped alter corporate behaviour to better the world.

That could change as more ethical fund managers make strides at influencing companies. The investment world is changing, with new rankings and corporate disclosures. Support for the United Nations-backed Principles for Responsible Investment (UN-PRI) initiative is rising, with some $30 trillion in assets committed worldwide and nearly $900 billion in Canada.

But proving who prompts change is difficult. Most executives and directors prefer to take the credit themselves, says one veteran of socially responsible investments. Sometimes, says another, the prime reason for assessing environmental risks is more to protect investors from financial losses than the world from degradation and inequity.

“It’s hard to find quantitative analysis that will give you a hard and fast answer (about investors prompting change),” says Tessa Hebb, a Carleton University professor who has already helped document the corporate intervention efforts of three fund managers and hopes to document more. “There are so many forces operating in the economy and with companies generally that it is extremely difficult to isolate the environmental, social and governance factors and the pressure of investors on those changes at the companies.”

Jane Ambachtsheer of the consulting firm Mercer has been awarded a lifetime achievement award by the Social Investment Organization, which promotes socially responsible investing in Canada. Yet, when asked about the extent that such principles have changed corporate behaviour, she said: “I don’t think there is any evidence or research to show that…particularly if you narrow it to the mutual fund field.”

A pioneering manager of ethical and responsible mutual funds, the Ethical Funds arm of NEI Investments has had a few victories sponsoring shareholder resolutions – four from 11 attempts in 2009. What it does not have is much voting power. Ethical Funds runs a Special Equity Fund with the best 10-year performance among its ethical peers. Yet it and the other funds hold only about $1.4 billion in assets. Total assets reported to Corporate Knights by the socially responsible mutual funds it tracks is about $5 billion.

“The reality is that there still are structural barriers to the flow of funds (into socially responsible mutual funds),” says Bob Mann, chief operating officer of Sustainalytics. Formerly Jantzi Research, it was chosen by Newsweek magazine to do its 2011 Green Rankings report, and was flooded with questions from 300 corporations hoping to rank highly.

Mann says there is anecdotal evidence that Canadian investors wanting to invest by their values often hit a wall. They “have been discouraged or turned away, or found their broker didn’t have the information,” Mann says. By contrast, he notes, assets spiked in Australia after the country began requiring brokers and mutual fund advisers to ask new clients if they are interested in responsible funds.

Even if the ethical and responsible investment funds had more in their arsenal than the art of persuasion, Mann doubts they would get full credit for prompting change. “Engagement (with corporate executives on social and environmental issues) has rapidly increased. Investors are more willing to go out there and use their ownership stakes to actively create change,” he says. Large pension funds hire companies like Hermes Equity Ownership Services and the engagement arm of F&C Investments in the United Kingdom to press companies for change. Despite all of their efforts, says Mann, “what companies don’t like to do is to look like they are caving (under pressure). They don’t want to lose face. So companies doing the engagement agree not to go public.”

Large pension funds can put principles into practice through properties and companies they own outright. Stephen Griggs, who became president of the Ontario Public Service Employees Union Pension Trust after three years as executive director of the Canadian Coalition for Good Governance, boasts that his plan managers have taken advantage of government incentives to invest directly in solar, wind and hydro projects. They have also made energy-saving investments in buildings and experimented with ultra-white roofing materials.

On the social side, the pension fund has become a leading provider of low-cost, modular-style housing. Yet, even with assets of $13.3 billion, Griggs says it would be “naïve to think we can change corporate behaviour.” Instead, the fund employs managers who track environmental, social and governance issues in order to avoid losses, as they managed to do with BP before its Gulf of Mexico oil spill and Sino-Forest before questions were raised about its forest holdings in China.

Daniel Simard has a different story to tell. The managing director of Bâtirente, which manages about $840 million for multi-employer pension plans in Québec, claims credit for helping to persuade Talisman Energy to develop better community relations strategies in foreign countries. Bâtirente also helped persuade the Metro supermarket chain to prefer sustainable fish stocks, says Simard. As a member of the advisory council of the UN-PRI initiative, Simard is optimistic the growing list of signatories will also influence corporate behaviour. “Is it going to deliver better risk management?” he asks rhetorically. “I am convinced it will, but it will take time.”

So far, the UN-PRI signatories in Canada hold substantial assets but not the majority of corporate stocks in the country. Caisse de dépôt et placement du Québec, one of the first signatories and the country’s largest pension fund, has only $17.4 billion (or 8.7 per cent) of the $199 billion of assets it manages invested in the $2 trillion worth of stocks traded in Toronto. (The typical Canadian equity allocation for pension funds is 25 per cent, according to Mercer’s Canadian Pension Health Index.)

London Business School professor Ioannis Ioannou says his own research into corporations and performance “runs in the opposite direction” to the theory that investors change behaviour. “We see firms pursuing (corporate) sustainability and being interested is social responsibility, and investors going to those firms. Their strategy is to go to firms that are better positioned to be sustainable in the future.” He questions why investment funds would even risk investing in order to change behaviour.

Yet Al Gore, the former U.S. vice-president and global warming activist, has greeted with enthusiasm a paper that Ioannou co-authored on the superior financial performance of sustainable corporations. They report much higher investment returns among the 90 corporations judged the most sustainable compared with the 90 least sustainable from a group of 775 U.S. corporations tracked by Asset4, a Swiss company purchased in 2009 by Canada’s own Thomson Reuters.

It’s a positive – if not conclusive – sign that responsible corporations perform better than their peers, and may explain why more investors are tuning into environmental, social and governance issues.