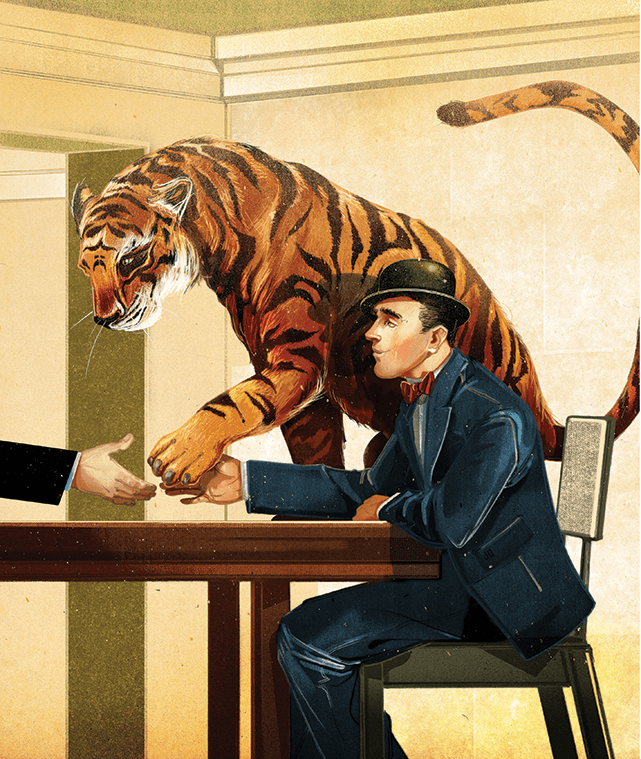 In an economic downturn marked by a rise in government austerity measures, non-profits focused on sustainability are finding it more difficult than ever to raise capital for projects designed to better their communities. Most rely on funding from government agencies, grants from corporations or donations from members to support specific programs and projects. It’s a time-consuming and unreliable process that can distract groups from their core mission. As Businessweek reporter Amy Feldman once wrote, “Non-profits are held back by the time and effort it takes to raise funds in dribs and drabs.”

But for some projects new options are emerging, including innovative social finance tools called community bonds.

Community bonds are essentially debt instruments, or small loans from a non-profit’s network of supporters, used to advance a specific project. The loans are interest bearing and the bonds can be structured to be RRSP eligible. They are different from other bonds because they can only be issued by a non-profit and are accessible to unaccredited investors. Non-profits can use them to fund infrastructure projects, including community power installations and green retrofits, where there is both collateral and a revenue stream. This makes them the ultimate impact investment.

The concept was created by Toronto’s Centre for Social Innovation (CSI) to finance the $6.8-million purchase and retrofit of its second “shared workspace” building. In a four-month flurry of activity CSI offered members the chance to secure a 4 per cent annual return over five years on a minimum $10,000 community bond purchase. The bond issue, secured against the value of the building, allowed CSI to raise $2 million.

Fast forward a year and community bonds are now being adapted by social enterprises of all stripes to get a wide range of community clean energy projects off the ground.

The ZooShare Biogas Co-operative in Ontario, for example, is awaiting approval of what could be an RRSP-eligible bond offering to finance a 500-kilowatt biogas plant at the Toronto Zoo. The biogas – from the anaerobic digestion of animal manure, such as tiger and elephant dung, mixed with local restaurant grease – will generate electricity that will be sold (at a generous rate of 16 cents per kilowatt-hour) into the Ontario grid as part of the province’s feed-in tariff program.

An added benefit is that fertilizer “by-products” from the plant will be sold in stores under the “Zoo Poo” brand, and waste heat from the process will allow year-round growing at a nearby greenhouse. If all goes as planned, investors in this $5-million project can expect an attractive 7 per cent annual return.

Another Ontario co-operative, SolarShare, is following in CSI’s footsteps with plans to use community bonds – or what they’re calling “solar bonds” – to build 600 kilowatts of solar photovoltaic capacity. Clean electricity will be generated via 18 small-scale and community-owned solar installations spread across the province. The bonds also have the potential to be RRSP-eligible.

For both ZooShare and SolarShare to proceed with their projects as initially envisioned, they still require approval from Ontario’s financial services regulator.

The payback of SolarShare bonds, like the ZooShare offering, is alluring – 5 per cent annually over five years. Given current volatility in the stock market and the low yield of government bonds and GICs, community bonds represent a secure and attractive alternative for individuals who want to see their investments have a positive social and environmental impact. Moreover, by enabling infrastructure projects like these, community bonds are creating green jobs and accelerating the transition to a low-carbon economy. Perhaps most importantly, they do this by transforming citizens of average means from volunteers or occasional donors into committed investors.

“This idea of massive public involvement in the ownership and economic benefit of these projects is what we’ve all been working towards for the past 15 years,” says Deb Doncaster, executive director of the Community Power Fund. “All it will take is for one or two of these projects to be successful and the approach will take off.”

The challenge, however, for impact investors wanting to “buy local” is that financial institutions don’t offer community bonds. At the moment, interested investors must identify individual community bond offerings and purchase a bond directly through the issuing organization or, in the case of a self-directed RRSP, bring the investment to the attention of their financial institution.

Over time, the hope is that more financial institutions looking to distinguish themselves and build up goodwill in the marketplace will see value in making community bonds more easily accessible to their customers.

One challenge for social enterprises lies in determining whether a community bond is the right financing tool for them and, if so, how best to structure their offering for maximum uptake.

First, only certain types of bonds can be held within an RRSP account. One such example includes a bond backed by an interest in a mortgage, as in the case of CSI’s offering. Second, non-profits can generally avoid the lengthy and expensive prospectus process when issuing debt (bonds), due to an exemption for charities and “benevolent” societies. This is the case in Ontario and with legislation in most other provinces.

There are exceptions, however, particularly when the non-profit is structured as a cooperative instead of a corporation. If so, and once again using Ontario as the example, the enterprise must comply with additional regulations under the Co-Operative Corporations Act (CCA). This is the case with both ZooShare and SolarShare cooperatives in southern Ontario. Both have adapted the concept of community bonds for community power projects and are awaiting regulatory approval of their respective offering statements.

In such cases, size clearly matters. When the debt offering is relatively large, the CCA requires that the co-operative submit an offering statement to the Financial Services Commission of Ontario, a process that can significantly delay the sale of bonds by several months or longer.

It’s not so much an issue if the co-operative’s offering is small, such as if the debt obligations don’t exceed $1,000 per member annually and total outstanding securities does not exceed $200,000. This is the case with SolarShare, which for now has been limited to selling $1,000 bonds until it receives approval – which is far from certain – of a larger offering that would permit the sale of multiple solar bonds to individual investors.

If the co-op gets that green light, it aims to eventually make those bonds RRSP-eligible. “We are working with the banks to build a process but we’re not there yet,” said SolarShare member relations coordinator Julie Leach.

Regardless of the organizational structure a social enterprise chooses, or the type of community bond it favours, the offering must ultimately be associated with business models that generate sufficient revenue to pay for the operating expenses associated with the capital project and to repay investors’ principal and interest over the course of the specified term.

Realizing the potential of community bonds for community cleantech projects and other initiatives will also require greater social finance literacy among financial institutions, particularly in the case of RRSP-eligible bonds.

The potential is too great to ignore, said Tonya Surman, founding executive director of CSI. “Just imagine a theatre company banding its audiences together to refurbish its stage, or a recreation centre using a bond to build a new skating rink with a solar panelled roof, repaying investors with income from ice-time rentals and solar power, and creating young athletes and renewable energy at the same time.”

Surman is convinced that community bonds can bring back a do-it-yourself culture to co-creating community assets in our own backyards. “They represent a newer, more humane, more collaborative kind of capitalism, one in which we pool our resources for the common good as well as shared gain,” she said.

We are still figuring out how to “scale” this innovation, and certainly there remain regulatory hurdles to overcome, but it is clear that community bonds are here to stay and poised to have a meaningful impact on the world of social finance. K

The Centre for Social Innovation will be releasing a Do-It-Yourself Guide to Community Bonds in February 2012.