The massive amount of plastic waste in our water systems is becoming impossible to ignore. We know about the Great Pacific Garbage Patch, we’ve seen the large amounts of plastic being found in whales that wash up on shore, and we’ve heard about the latest study from WWF showing that the average person ingests a credit card’s worth of microplastics every single week. It’s no wonder the federal government just announced a ban on single-use plastics by 2021, joining over two dozen countries making similar moves. Although specific details have yet to be released, Canada’s announcement puts pressure on big companies like Coca-Cola and PepsiCo that sell billions of single-use plastic bottles. The two have always competed in taste tests, but how will they fare in our Sustainable Stock Showdown?

Pry open your investments and you may find you’re coated in plastic, particularly if you’ve got consumer packaged goods companies like these two buried in there somewhere. In global beach waste audits, Greenpeace found Coca-Cola and PepsiCo were the top two brands contaminating shores on six continents. While PepsiCo hasn’t yet disclosed its plastic use, Coca-Cola recently divulged that it churned out a staggering 3 million metric tons of plastic in 2017 – that’s about 200,000 plastic bottles each and every minute. 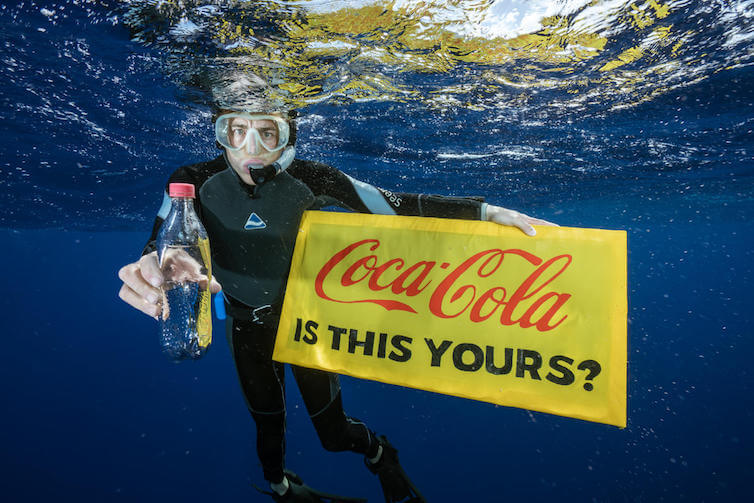 I will give Coca-Cola credit for setting goals to design packaging that’s 100% recyclable globally by 2025, use at least 50% recycled materials by 2030, as well as collect and recycle the equivalent of 100% of every bottle and can sold by 2030. They have their work cut out for them. According to the company’s most recent sustainability report, the percentage of bottles it refilled or helped recover is stuck at 56%, down from 59% in previous years.

From a financial perspective, I’m worried about Coca-Cola’s opportunities for future growth. With more than half of its revenues from soft drinks, the company has failed to diversify away from high-sugar drinks that health-conscious consumers are shying away from. Coca-Cola continues to pay a healthy dividend, but I don’t think it’s well-positioned for growth in the years ahead.

Since sustainable investors might want to dump Coca-Cola from their portfolios, it’s worth asking whether long-time rival, PepsiCo (PEP:NYSE) is really the taste of a new generation. Pepsi is more diversified than Coca-Cola, with more than half of its revenues coming from packaging-heavy food products, like snack company Frito Lay. Investors tend to like this diversification since the food business has been generating higher profit margins and offers decent protection against the falling demand for sugary drinks. 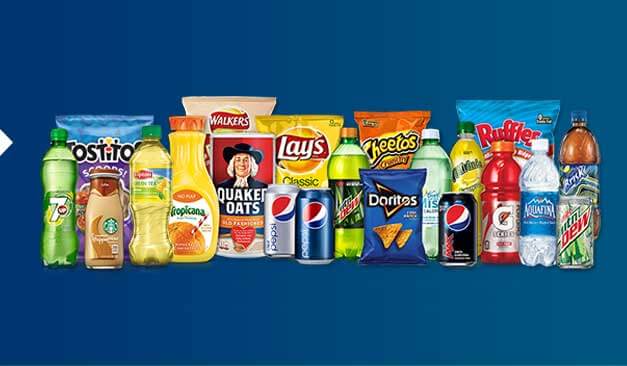 Like over 250 major companies to date, Pepsi has committed to making 100% of its packaging recyclable, compostable, or biodegradable by 2025. Of course, with the global recycling system in disarray and municipal composting systems refusing a good deal of “compostable” and “biodegradable” packaging, the pledges need to be taken with a grain of salt. I remember when Sun Chips introduced a compostable bag back in 2009 only to face consumer backlash because the bag was too loud, on top of the fact that it wasn’t accepted in most municipal composting programs, like Toronto’s. Although Pepsi is innovating in this direction, there isn’t much to report on its progress.

More encouraging is that Pepsi, a company with over US$64 million in annual revenue, has expanded into refillable products with its 2018 acquisition of SodaStream (the popular at-home soda maker) for US$3.2 million. It’s part of Pepsi’s Beyond the Bottle strategy to reduce  the need for single-use bottles. Although still in early development, PepsiCo’s new Hydration Platform and Drinkfinity system would let people customize their own drinks out of a dispenser (along the lines of a Nespresso machine but with refillable cartridges similar to the Soda Stream). They’re aimed at slashing bottle use in schools, offices and hospitality centres.

Coca-Cola and Pepsi are very similar when it comes to most sustainability metrics, but I’ll give Pepsi the edge thanks to its broader diversification and the disruptive potential of refillable dispenser technologies like SodaStream. Both companies have a long way to go, but Pepsi is this week’s winner of the Sustainable Stock Showdown. 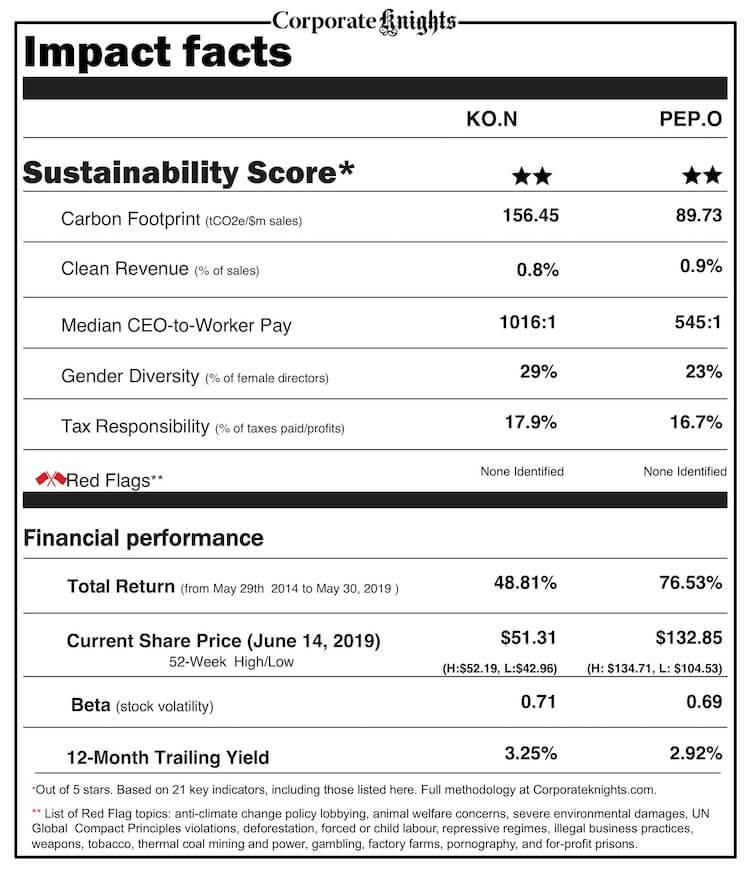 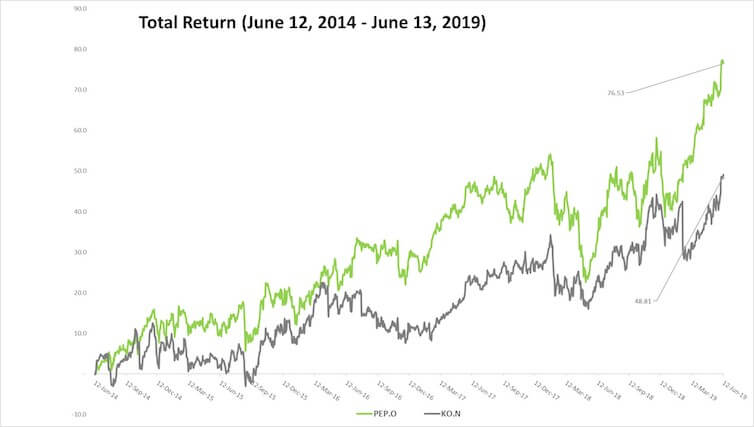