It’s been a rough ride for the General Electric Company. Once considered one of the largest and most stable companies in the world, the American conglomerate has now fallen from grace losing almost two-thirds of its value since 2016, thanks in large part to a bet on fossil fuels gone wrong. Investors are understandably frustrated by GE’s poor performance and are likely looking for an alternative. Enter this week’s Sustainable Stock Showdown.

The General Electric Company (GE:NYSE) was founded in 1892 by American icons including Thomas Edison and J. P. Morgan in upstate New York. It was initially famous for producing light bulbs and rapidly expanded into home appliances, aviation and power generation. The company’s market value peaked just shy of $600 billion in 2000 but has steadily declined to less than $100 billion today.

GE’s story is the cautionary tale of a company that started a move towards sustainability in 2005 (remember former CEO Jeffrey Immelt’s Ecomagination exhortation that “green is green?”) but nearly collapsed thanks to legacy businesses in the financial and power sectors. A lot has been written about how GE Capital dragged down the once dominant behemoth after the 2008 financial crisis. But the main reason GE’s financial performance reeks is that the company bet that gas power would be a golden egg, and it turned out to be a rotten one.

As recently as 2016, GE’s power division (which is separate from its renewable energy division) accounted for half of the company’s pre-tax profits. It had doubled down on gas power with its late 2015 acquisition of Alston, a major French industrials company, for $13.7 billion – GE’s largest industrial acquisition ever. Soon after, orders for gas turbines cratered, forcing the company to slash order projections by 75% (from 160 turbines to “somewhere around 40”) in early 2017. By 2018, the power division had slipped into the red, losing $800 million, as detailed in a recent report by the Institute for Energy Economics and Financial Analysis. 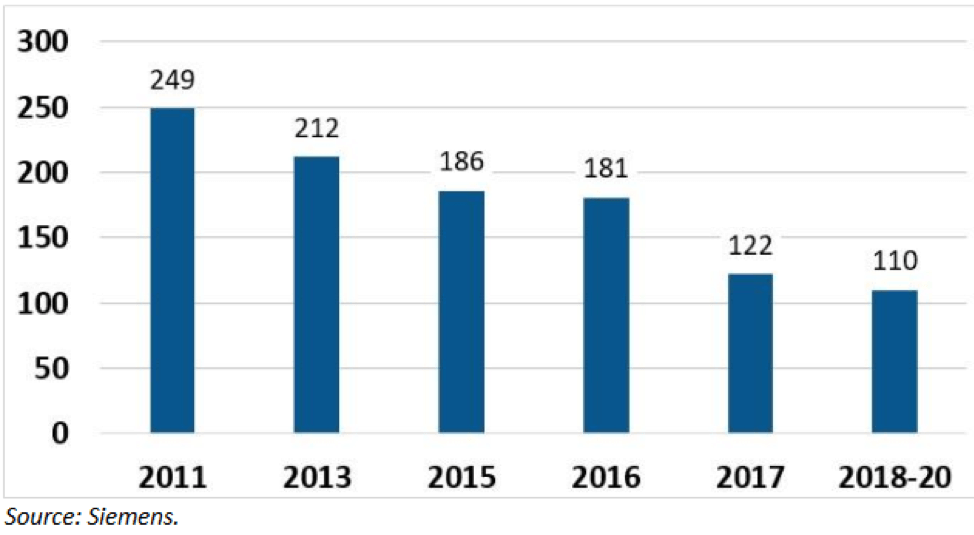 As the IEEFA writes, “Investors lost billions when the (once) most valuable company in the world, General Electric Company (GE) and its largest shareholders – BlackRock, Vanguard, State Street and Fidelity – misjudged the pace of the global energy transition and subsequent collapse of the gas turbine and thermal power construction market.”

Yes, GE is still, astonishingly, betting big on coal. Not only has it been a “leading supplier of coal-fired power plants worldwide,” in early May it announced it was building Kosovo’s new $1.3 billion 500-megawatt power plant. I agree with the IEEFA that the move is “deeply puzzling.”

Back when GE first announced its Ecomagination campaign (with a pledge to put US$1.5 billion into green R&D), ethical investors such as myself were excited to see such a large company make such a bold green commitment. After all, in the ’90s GE was better known among socially responsible investors for its nuclear weapons parts production which made it the subject of a successful boycott. (It’s still the world’s 22nd largest weapons maker, according to 2017 data, with US$3.8 billion in arms sales representing 3% of its revenue, it’s just not the nuclear kind).

By 2015, Ecomagination had generated over $200 billion in cumulative revenues, and Fast Company wrote that Ecomagination had “become the lynch pin of a remarkably successful reinvention of GE, the foundation of the company’s future, and the vanguard of the global movement towards corporate environmentalism.” 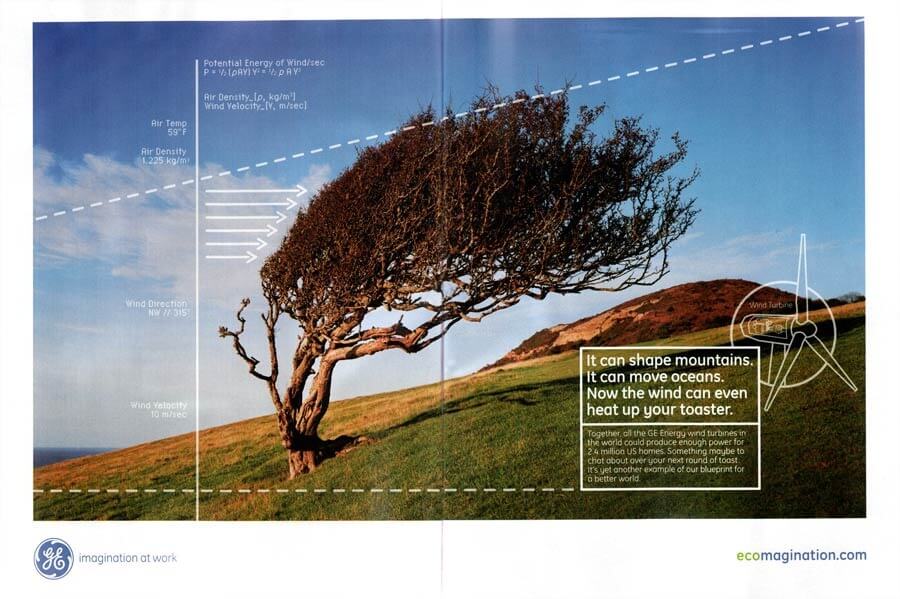 Unfortunately, management saw things differently, and, as the IEEFA put it, “GE assumed wrongly that demand for natural gas and coal would continue to track global economic growth” – an assumption that  cost GE and its investors as much as $193 billion over the past three years.

Its financial woes could get even worse since GE is currently facing a Securities and Exchange Commission investigation into the conglomerate’s “aggressive” accounting practices at both its capital and power divisions.

GE was a great investment throughout the 20th century, but lacking a clear forward-looking strategy to transition into a low-carbon future, it’s no wonder that sustainable investors are turning out the lights on GE shares.

As an alternative, I present to you Schneider Electric (SGBSY:OTC). Schneider Electric is a French energy management company making hardware and software that helps companies improve their energy efficiency. It’s set ambitious targets, such as 80% renewable energy and 200 zero-waste-to-landfill sites by 2020 as well as full carbon neutrality across its extended supply chain by 2030. The company reports on its progress towards these goals every quarter with a non-financial disclosure document that I wish other companies would emulate. I’m not surprised at all to see Schneider Electric at #60 on the 2019 Corporate Knights Global 100 Most Sustainable Corporations in the World list, and #13 on the 2019 Corporate Knights and As You Sow Clean200 list.

Schneider Electric has been reliably profitable over the last five years, and has outperformed GE while paying a higher dividend. I expect demand for its energy-efficient products and services to increase as companies and governments around the world get more serious about climate change.

If you want to keep the lights on sustainably in the 2000s, forget GE. Schneider Electric is a better investment. 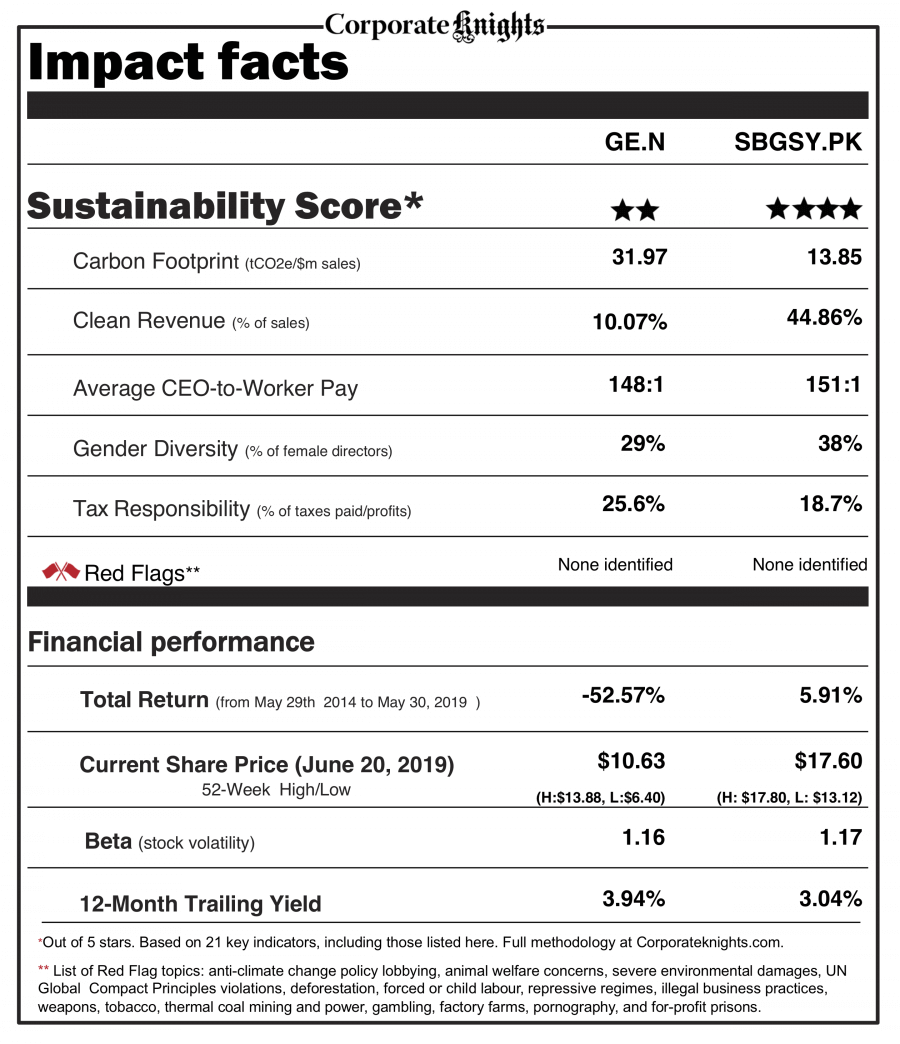 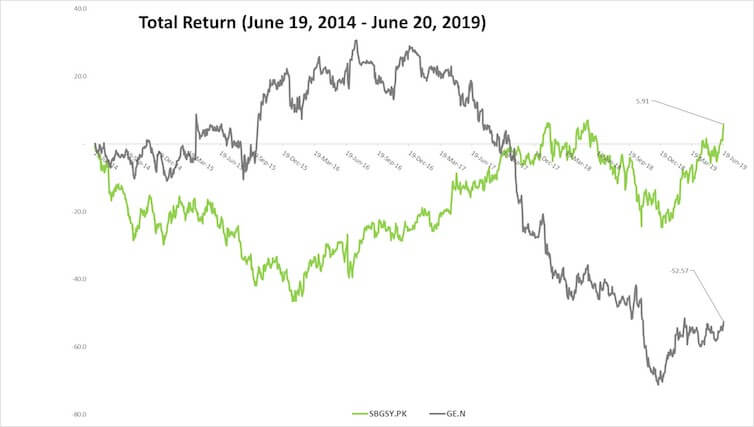