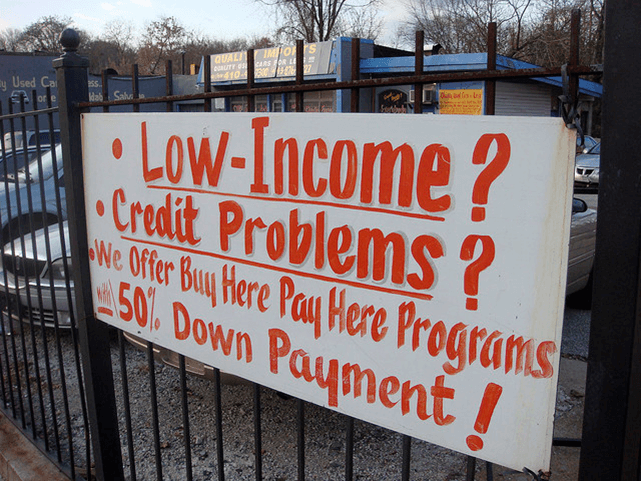 In response to a call to action in 2011 by Vancouver-based Adbusters magazine, protesters of the loosely knit Occupy movement established vigils at stock exchanges and in the streets and parks of 951 communities in 82 countries. Their slogan, “we are the 99 per cent,” resonated globally given the economic context. After all, the 85 richest people in the world control $110 billion. That’s the same wealth as the poorest 3.5 billion.

In early 2014, the Organisation for Economic Co-operation and Development (OECD) reported that income inequality was at its highest level in 50 years. Youth have replaced the elderly as the group experiencing the greatest risk of income poverty. Even the World Economic Forum’s Global Risks Report identified income disparities as one of the most significant threats to political stability. And French economist Thomas Piketty’s notable book Capital in the Twenty-First Century demonstrates that inequality is an innate characteristic of capitalism that can only be mitigated or reversed through state intervention.

Piketty recommends a global wealth tax of up to 2 per cent and a progressive income tax reaching up to 80 per cent to undo inequalities. But why not prevent the unequal distribution of wealth in the first place, rather than try to wrest it from clutching hands afterwards? It is apparent that investor-owned corporations concentrate wealth as part of their modus operandi, but there is another model of enterprise with a proven and long-standing track record of survival that is, we argue, allergic to significant or extreme inequality.

Cooperatives are the only form of social organization known to have internationally agreed values and principles. The Statement on the Co-operative Identity (dated 1995) captures the philosophical compass of cooperative business. These values and principles are based on the work of the movement’s founders: the Rochdale Pioneers, the Antigonish Movement, Raiffeisen, Desjardins, Filene and others who cemented cooperative ethics as far back as the mid-1800s.

These values and principles codify a particular concept of community wealth and prosperity – one that has recognized economic, social and environmental criteria in symbiosis long before the coining of “the triple-bottom-line.”

A simple reading of the statement denotes a fundamentally communal and holistic concept of wealth – prosperity goes beyond profit and it is intrinsically shared. In a modern, neo-liberal economy, humans experience alienation as a result of individualism and competition, as well as detachment from the creation of products and services purchased. They also have little to no control over one’s work activity. In their best manifestations, cooperatives counter these forms of alienation by defining engagement as a collective endeavour, which typically is place-based and provides stability and continuity.

Cooperatives exist to benefit their members where “benefit” is widely defined. It can mean providing work, providing a service or good that does not otherwise exist, and providing the best possible price for goods or the fulfilment of members’ needs. For example, retail cooperatives sell groceries, producer cooperatives share services, and worker cooperatives provide employment. This broad focus stands in stark contrast to that of investor-owned corporations, which boil down to the mere maximization of profit.

Stakeholders of a cooperative are not reduced to mere units of production (workers or employees), consumption (customers or consumers) and ownership (investors or shareholders). They are members – just as they are members of their respective communities.

The open-door policy means that diversity is present in the boardroom, throughout the assembly lines and in the shop windows – and on the balance sheets and even in the bank accounts. Member-owners can join with the change in their pockets or the millions in their trust funds. The common denominator is not the currency – it is the human being. One member, one vote.

Investors and cooperatives are uneasy bedfellows. Investors tend to require a measure of control proportionate to the magnitude of their investment and in order to secure a return. Cooperatives, however, are unable to relinquish control without compromising their democratic structure. This leaves investors without influence and thus uninterested, except in the event of dissolution or liquidation of the cooperative’s assets. Cooperatives rely instead on retained earnings or member dues for their capital needs. Because external investors stray away from cooperatives, and vice versa, it is unlikely that any one person can accumulate great wealth from a cooperative.

Cooperatives have been a powerful force against inequality in the past. In the late 1800s, two significant movements emerged in the United States to confront a regime of corporate consolidation, rate discrimination and credit restrictions: the Grange, or Patrons of Husbandry, and the Farmers Alliance. The movements united agrarians and farmers in the Midwest, the Plains and the South under a banner of regional republicanism that included a political program of anti-trust laws; financial regulations; and economic self-organization in the form of cooperatives, mutual insurance companies and state exchanges. The movements represented a significant economic force: the Grange secured railroad regulation and the Farmers Alliance generated a membership that reached one million by 1890.

Mutual insurance companies emerged firstly to combat the employment of insurance premiums as capital for investment rather than as security against losses, secondly to oppose the use of cartels to elevate rates, and thirdly to counter the price-optimizing effects of competition. Dairy farmers formed cheese-making cooperatives, cooperative creameries and milk-marketing cooperatives to enhance their bargaining positions with city milk dealers. Dairy farmers selling milk were particularly vulnerable to collusion as the perishable nature of their goods made it impossible to withhold their produce strategically. Grain growers used cooperatives as a mechanism to counter market concentration of distribution monopolies that controlled elevators and railroad lines.

By day, cooperatives buy and sell goods and services on the same terms to the same customers as investor-owned corporations – they even pursue profits. By night, like a vigilante, cooperatives democratically elect a board on the basis of personhood, not investment; they maintain places of business even though it may not make the most economic sense to do so; they focus on their members’ needs, not their desires. Profits become a surplus for learning and research endeavours. In essence, cooperatives redefine the relationship between labour and capital, and they manifest an economic endeavour that is about collective wealth.

The prospects of a “revolution” in which cooperatives dismantle the existing structure of accumulated wealth are remote. But there is clearly a case for citizen movements and public policy to coalesce around cooperatives as an engine of economic development that respects equality and equity.