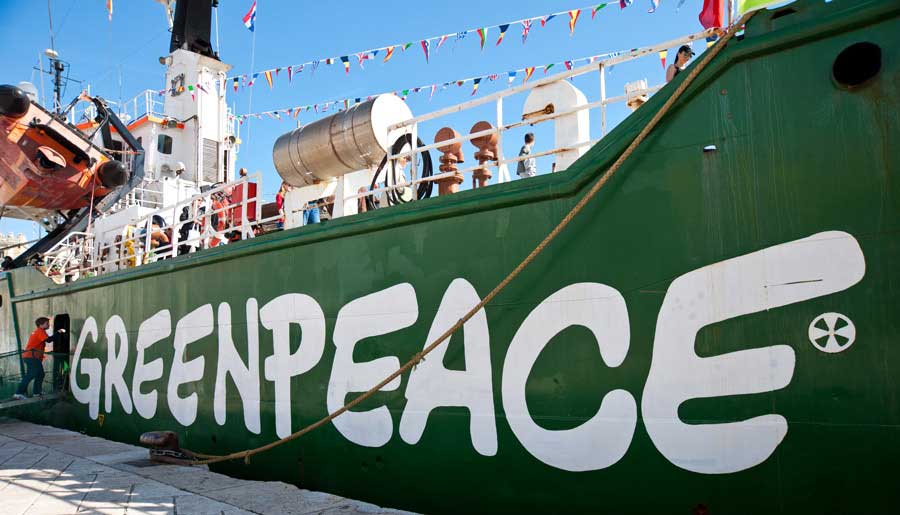 Greenpeace rates tech companies on their data centers. Oxfam America ranks food brands on the sustainability of their supply chains. The League of Conservation Voters scores elected officials on their voting records.

But who rates, ranks and scores Greenpeace, Oxfam America and the League of Conservation Voters​?​ ​Or The Nature Conservancy, Conservation International or WWF? ​For now, no one. No independent organization has made a serious effort to evaluate the performance of environmental organizations. Nor, for that matter, do many environmental nonprofits report publicly on their effectiveness or admit their errors. Put simply, many green groups lack the accountability they demand from business and government.

That’s a problem for donors, volunteers and staff members who want to spend their time or money doing as much good as they can for the planet. If, for example, you had $1,000 to donate to help curb climate change, should you help The Nature Conservancy plant a billion trees by 2025, or support the fossil fuel divestment movement at 350.org or support the market-friendly partnerships of the Environmental Defense Fund? How could you decide where it would make the most difference?

What’s more, and perhaps more importantly, measuring effectiveness and sharing findings would provide valuable information environmental groups could use to learn from one another’s successes, failures or insights.

“Performance is a very hard problem for the nonprofit sector,” says Brett Jenks, the president and CEO of conservation group Rare. “It’s never in your best interest to outline failures. It’s never in a donor’s interest to admit they’ve made a bad investment. But it’s clearly in the public’s interest to better understand nonprofit performance.”

The encouraging news is that efforts are underway by big foundations and independent evaluators to better judge the effectiveness of all nonprofits, including green groups.

Among the leaders in this movement is GuideStar, which harbors ambitions to become a Bloomberg-like information portal about nonprofits, to enable smarter decision-making by donors and NGOs alike. The Bill and Melinda Gates Foundation last year pledged $3 million to help GuideStar bulk up its offerings.

Jacob Harold, the 37-year-old president and CEO of GuideStar, is in the thick of the conversation about nonprofit performance. A Stanford MBA, Harold worked as a climate change campaigner for Rainforest Action Network and as a grant-maker focusing on effective philanthropy at the William and Flora Hewlett Foundation, so he’s thought a lot about how to measure the impact of environmental groups.

It doesn’t make sense, he says, to try to devise a single metric or set of metrics to compare all green groups. But it might be possible to come up with ways to compare organizations within focus areas such as conservation, education, research or advocacy.

In fact, a coalition of conservation groups and their funders formed the Conservation Measures Partnership more than a decade ago to seek better ways to measure and improve performance of nonprofits focused on conservation. “There’s increasing pressure to show that spending leads to measurable outcomes,” says Nick Salafsky, co-founder and co-director of Foundations of Success, which manages the partnership. “Accountability is coming.”

But comparing one conservation group to another, or even comparing projects, is harder than it might seem, since it would require judgements about the relative value of, say, tropical rainforest, Rocky Mountain wilderness and suburban parkland. The partnership has yet to introduce tangible tools for measuring whether and how much conservation organizations create change.

Evaluating the effectiveness of advocacy groups is even harder than evaluating conservation groups because of, as Steven Teles and Mark Schmitt wrote in Stanford Social Innovation Review, “the complex, foggy chains of causality in politics, which make evaluating particular projects — as opposed to entire fields or organizations — almost impossible.” But that hasn’t stopped people from trying. Michael Bloomberg, the former New York mayor who made his fortune in the data industry, gave $80 million to the Sierra Club’s Beyond Coal campaign, but only after insisting that the organization set targets and timetables for itself. “Bloomberg wanted the group to create better ways of gauging the success of its efforts,” Politico reported.

Insiders often have a sense of which groups perform well and which do not. That’s the impetus behind Philanthropedia, a crowdsourcing website (acquired in 2011 by GuideStar) that collects opinions about non-governmental organizations from experts much as Amazon collects critiques from book reviewers. The effort remains a work in progress, but some of the anonymous reviews of green groups can be insightful.

“We can’t let the difficulty of measuring advocacy stop us from trying,” Harold says.

The largest and most influential evaluator of nonprofits, Charity Navigator, has by its own admission yet to venture into the realm of measuring results. The organization rates charities on two metrics — financial health and accountability/transparency — that are useful for spotting fraud or waste but don’t get to the key question of performance, its former CEO, Ken Berger, told me recently. 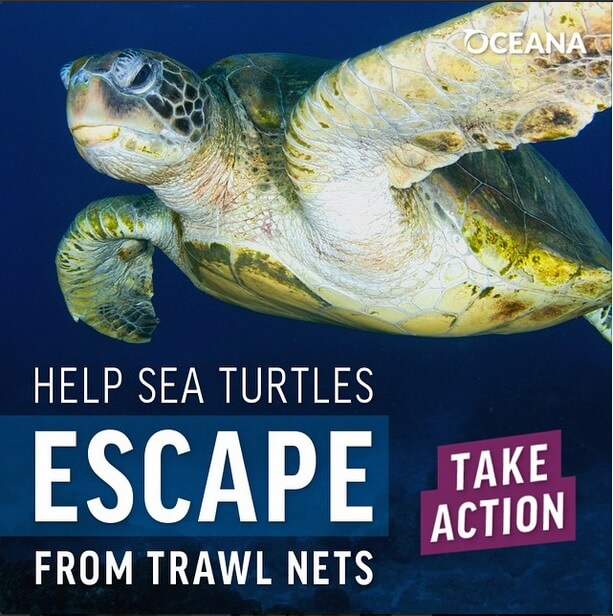 Established in 2001 by a group of foundations, Oceana says it is “dedicated to achieving measurable change by conducting specific, science-based campaigns with fixed deadlines and articulated goals.”

How can green groups be more explicit about their goals and whether they have achieved them? Charting Impact — a project of GuideStar, the BBB Wise Giving Alliance and Independent Sector — has developed five deceptively simple questions designed to promote self-reflection and examine organizational missions, results and goals. They encourage nonprofits to answer them and publish the answers. The questions are:

“This is the baseline,” says Diana Aviv, president and CEO of Independent Sector. “This is what every organization should be doing.”

Since Charting Impact became part of GuideStar’s database about 18 months ago, about 5,000 nonprofits have answered the questions — out of about 105,000 that provide information to GuideStar.

Here are snapshots of how five environmental groups are measuring their impact:

A decade ago, as part of an initiative called Conservation by Design, The Nature Conservancy pledged that by 2015 it would “work with others to ensure the effective conservation of places that represent at least 10 percent of every major habitat type on Earth.”

How’s that going? Unclear. TNC’s latest annual report makes no mention of the goal, which receded after Steven McCormick, the CEO who set it, left.

“We’re kind of like GE,” says chief external affairs officer Glenn Prickett. “We’ve got a bunch of business lines, and we want to be the best at all of them. They can’t be consolidated into a single yardstick.” The group is developing a set of new goals, he says, to reflect its broader strategies. Prickett adds: “I don’t know if any of the conservation groups have a strong enough culture of evaluation.”

Established in 2001 by a group of foundations, Oceana says it is “dedicated to achieving measurable change by conducting specific, science-based campaigns with fixed deadlines and articulated goals.” Its chief executive, Andrew Sharpless, says: “We set the deadlines for getting policy outcomes, and those deadlines are never more than five years after we start a campaign.”

In 2013, for example, the Chilean government announced its first set of science-backed fishing quotas for four critical species of fish: common hake, anchoveta, sardines, and jack mackerel. This followed years of campaigning by Oceana, along with local scientists and activists.

Currently, Oceana is running a seafood fraud campaign that aims to establish a traceability system for the U.S. seafood supply that tracks fish from boat to plate, keeps illegal fish out of the supply and provides consumers with more information about the seafood they purchase. The group says it hopes to achieve that by 2017.

New policies, though, don’t necessarily translate into changes on the ground — or in the water. Laws need to be enforced. So, Sharpless says: “We are now reporting to the board on whether we see more fish in the ocean, in the places we are campaigning. That’s the best possible way to measure our impact.” Those reports are not public, at least not yet.

Annie Leonard, who became executive director of Greenpeace USA last year, says the question of which environmental groups are most effective is “almost an unanswerable question. Most effective? Most effective at what?”

For its part, Greenpeace USA intends to build a stronger environment movement. “We have so much science, we have so much data, we have so many economic studies, but are we building power?” Leonard asks. Twenty million people participated in the first Earth Day in 1970, she notes, and major legislative victories followed.

Greenpeace USA wants its members to do more than sign a petition or make a donation. “Our new slogan is, you’ve signed up, now you’ve got to show up,” Leonard says. “We are doing lots of rigorous, ambitious, extensive testing around the question of how we get people more engaged in the our movement.”

So far, though, Greenpeace USA hasn’t set any specific, public goals, so its progress will be hard to measure.

Perhaps because it is dedicated to a single body of water — albeit a body of water that depends upon a 64,000-square-mile watershed that spreads across six states — the Chesapeake Bay Foundation has a clear goal: To save the bay, which it defines as reaching a score of 70 on CBF’s Health Index, a comprehensive measure incorporating data about water quality, pollution, habitat and fisheries.

Currently, the index stands at 32, up from the low 20s back in the 1980s. It’s the equivalent of a D plus, according to Will Baker, the foundation’s president. “Hardly what your mother would be happy with, but we’re going in the right direction,” he says.

All of CBF’s varied activities — lawsuits, lobbying, restoration projects and educational programs — are designed to improve the bay’s health. Having a specific goal “has paid dividends for us in terms of focus, in terms of asset allocation and in terms of being able to raise the funds to support our work,” Baker says.

An unusual conservation group, Rare works with partners in the developing world to run marketing campaigns, called Pride campaigns, that are intended to inspire communities to protect their natural resources. It is explicit about its theory of change and tracks the results of campaigns, not just in terms of changed attitudes, but in terms of the health of the species or habitat being targeted for protection. The group has helped organize more than 250 campaigns in more than 50 countries.

Ongoing campaigns are rated red, yellow or green, according to Brett Jenks, Rare’s president and CEO. The ratings are used to allocate resources and to evaluate staff members, and they are shared with its staff and board, but not the public. “You know which ones work well because those are the ones on the front page of the website,” he jokes.

Being more public about projects that fall short of expectations would discourage bold bets, he explains. One of the risks of public reporting on successes and failures is that groups could choose to play it safe. “In your quest for efficiency, you don’t want to wipe out the potential to waste some money on the road to creating a big impact that the world needs,” Jenks says.

For anyone who cares about the environment, the ongoing efforts to improve effectiveness, accountability and transparency — however imperfect — can’t come too soon. Without them, it’s all but impossible to know whether all the money flowing into green groups is having the impact it should.