Many foundations promote open government. FreedomInfo.org, the leading global network of freedom of information advocates, is supported by, among others, The William and Flora Hewlett Foundation, The Open Society Institute and the Ford Foundation.

Which raises a couple of questions: How open are foundations? And, as tax-exempt institutions, operating with little oversight, should they be subject to their own sunshine laws?

A Freedom of Information law for foundations is not an outlandish idea. A government minister in the UK just this week called for charities that receive public funds to be subject to freedom of information laws. Two US foundations that are part of the federal government, the Udall Foundation and the Inter-American Foundation, are already subject to sunshine laws. And it’s easy to envision a legislative demand for transparency coming from a coalition of the left (which has become increasingly suspicious of big foundations and the wealthy, as the reaction to Chan-Zuckerberg made clear) and the right (which worries that foundations foment social change). Tax benefits to foundations, nonprofits and donors cost the U.S. Treasury about $100 billion a year in foregone revenue, congressional researchers have estimated. Citizens arguably have a right to know more about how that money is being spent.

Far better than regulation, though, would be voluntary action by foundations. Sharing is caring, as we tell our kids. But with some laudable exceptions, which we’ll get to, most foundations are not nearly as open as they could or should be. This is true despite extensive and persistent efforts to promote transparency from inside the industry and out, by such groups as the Foundation Center’s Glasspockets, the Center for Effective Philanthropy (which is preparing a major report on transparency), Grantmakers for Effective Organizations, the National Committee for Responsible Philanthropy, the Center for High Impact Philanthropy and the Fund for Shared Insight.

“Darkness is growing in the philanthrosphere,” declared David Callahan, the iconoclastic founder of Inside Philanthropy, in a long essay last year. Some big foundations – Hewlett, Packard, Ford, Robert Wood Johnson and Gates – “strive for transparency,” he wrote, but “the momentum toward more transparency has not only stalled in recent years, things have become markedly worse.”

The absence of transparency is a problem for reasons that should be obvious. It erodes trust. It gets in the way of learning. It makes collaboration harder. It’s an obstacle for the nonprofits that foundations rely upon to carry out their work.

Transparency is an amorphous term. It could refer to strategies, lists of grants, contact information for program officers, blog posts explaining how and why foundations do their work, memos, internal emails, etc. This blog focuses on the effectiveness of nonprofits and foundations, so I decided to ask a few big foundations about their willingness to share evaluations of programs, projects and grantees. These evaluations could shed light on big questions. What works and what doesn’t when it comes to reducing global poverty, increasing high school graduation rates, curbing obesity or solving any number of big social problems? Which nonprofits delivered on their promises? Which stumbled? What was learned along the way?

My guess is that the knowledge that foundations generate when they evaluate their work is immensely valuable. Unhappily, I have to guess because for most foundations, there’s no way to know.

Learning Together, a 2015 report from Grantmakers for Effective Organizations, sums up the problem nicely:

It is clear that grantmakers still view evaluation as something they do internally…A majority of grantmakers are struggling to make evaluation and learning meaningful to anyone outside their organizations.

When we stay in our offices and boardrooms and try to learn in isolation, we miss out on crucial information and perspectives of others, including the expertise of those closest to the issues. And when we hold onto the knowledge we gain through our learning activities instead of sharing it with the outside world, we deprive grantees, fellow grantmakers, community members and other partners of information that could be useful as everyone works to get better results on the issues we all care about.

Last week, I emailed the Gates, Ford, Robert Wood Johnson, Hewlett, W.K. Kellogg , Open Society and Walton Family foundations to ask whether they routinely make evaluations public. I dug into their websites, too. They all say the right things. (Ford:”We’re committed to building a culture of learning and sharing.”) But, with the exception of the Robert Wood Johnson Foundation (RWJF) and Hewlett, they could do a lot better at sharing what they know.

Setting an admirably high bar, RWJF publishes evaluations that are useful and (surprise!) readable. A 49-page report on a two-decade $700 million investment in curbing smoking offers guidance to those engaged in current tobacco-control campaigns, as well as lessons that can be applied to other public health issues. Less successful was a $77.5 million, 25-year program to support interfaith, volunteer care-giving, as this report indicates.

RWJF doesn’t have a policy about sharing evaluations, but Brian Quinn, assistant vice president for research, evaluation and learning, tells me it’s part of the foundation’s culture. That may be, he says, because of  RWJF’s focus on health and medicine, which are evidence-based disciplines in which research results are commonly published. Just as important is the understanding that sharing knowledge can have as much impact as grant making. “It’s part of our charitable commitment,” Quinn says

That means sharing bad news as well as good, which isn’t easy. “But if we’re out there only talking about the good news, we could be accused of sugar coating things,” he says. Feelings are occasionally bruised. Worse, people can draw the wrong conclusions from research that isn’t put in context. “There could be a tendency for people on the outside to read our findings [about a failed effort] and think that a problem is intractable,” he says. So RWJF tries to not to overgeneralize from its results.

Hewlett is also excellent when it comes to sharing. “Our default position is to make evaluations public,” says Vidya Krishnamurthy, a spokeswoman. Hewlett publishes a searchable library of reports and research papers. It engages publicly with critics.  Its Work in Progress blog is insightful and occasionally self-critical. Two years ago, when Hewlett gave up on an eight-year, $12-million program to improve charitable giving, known as the Nonprofit Marketplace Initiative, it posted a video to its website explaining why. Paul Brest, who launched the program and was then Hewlett’s president, said: “I have to say that if we had any impact, it was not a discernible or measurable impact in achieving the goal.”

The other foundations that I surveyed tend to accentuate the positive when they share at all. Gates has a thoughtful and detailed evaluation policy but a spokeswoman, Leonora Diller, told me that “to date our 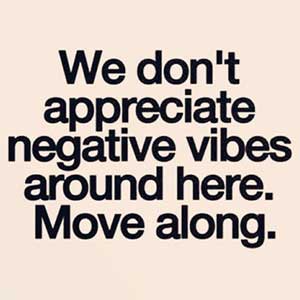 approach has not been to share evaluations of grantees publicly.” [When I asked Sue Desmond-Hellmann, the foundation’s CEO, about sharing evaluations last fall, she replied: “We should share our lessons…We want to be a learning organization, to help colleagues learn and then learn from others.”] That said, Gates outperforms most foundations when it comes to sharing other information about its strategies, financials, grants and survey results, and it encourages grantees, like the Measures for Effective Teaching project, to share results. For its part, Ford is said to be rethinking its position on transparency, and it recently hired a new director of strategy and learning. “As a regular practice we do not currently make public our evaluations, but it is something we are working on going forward,” Joshua Cinelli, a Ford spokesman, said by email.

Judging from their websites, the other big foundations don’t appear to do as well. (I never heard back from Kellogg, Walton Family or Open Society.) They share information selectively and report on their strategies and accomplishments, but keep most of their evaluations under wraps. And, remember, these are biggest staffed foundations, the ones that Inside Philanthropy’s David Callahan described as “striving for transparency” around such basic data as financials, lists of grants, board and staff members, workforce composition, etc.

At the other end of the spectrum are the Susan Thompson Buffett Foundation which has a singularly uninformative website (and, to be fair, may choose to stay below the radar because of its controversial support for reproductive rights) and the absurdly secretive $800-million Hess Foundation, which rebuffed efforts by the National Committee for Responsive Philanthropy to reach out, leading to this amusing video.

How to explain the different approaches? Melinda Tuan, project manager of the Fund for Shared Insight, says: “The key barrier to foundation openness is culture.” That’s not a satisfying explanation, but she’s probably right. Culture is loosely defined as “the way we do things around here” and most endowed foundations have built cultures that reflect the fact that they are, in the end, accountable to no one.

The Fund for Shared Insight wants to change those cultures and promote openness. It funded the Center for Effective Philanthropy’s upcoming report on transparency, and it supports Issue Lab, a service of the Foundation Center that makes research and evaluations easier to access and share. Its eight core funders, including Hewlett, Packard, Ford and Kellogg, deserve credit for trying to shake things up a bit.

History suggests that their efforts, welcome as they are, won’t be enough. That’s why the idea of a US Freedom of Information law for foundations is intriguing. It’s probably a bad idea, but the mere threat of regulation can drive change. And change is what’s needed here.