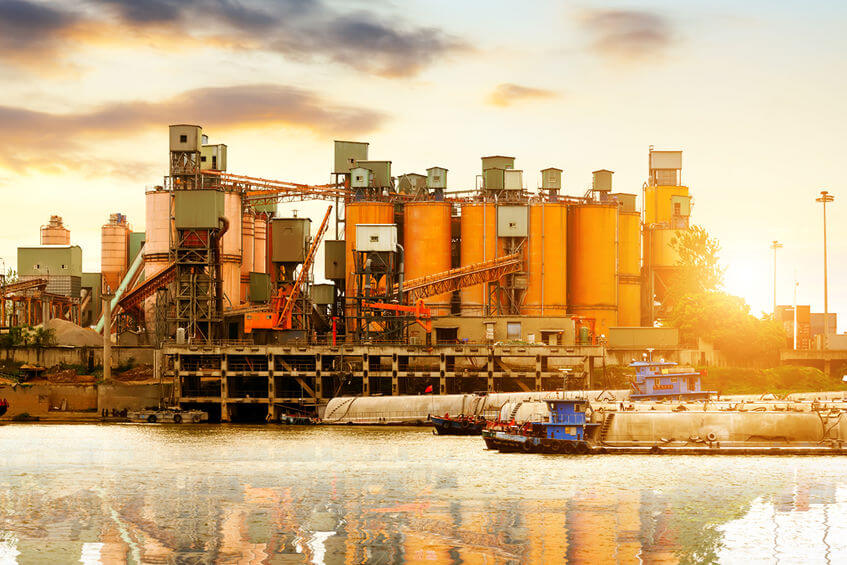 Canada’s heavy industry is gearing up to dramatically reduce its greenhouse gas emissions but will need government support to hit net-zero emission targets.

In an online roundtable Wednesday, policy experts said that even “smokestack industries” in Canada can become low-carbon sectors using existing technology. To make the transition, however, they’ll require government subsidies.

Manufacturers generate more than 10% of the country’s gross domestic product, export more than $354 billion in goods annually, and employ 1.7 million Canadians. Energy-intensive heavy industry – including steel, cement, pulp and paper, and chemicals – accounts for 85% of the sector’s emissions.

Many manufacturers have responded to the COVID-19 crisis by retooling their operations to produce much-needed personal protective equipment – an indication of their ability to adapt to national imperatives, said Ralph Torrie, who co-authored an analysis on the manufacturing sector’s climate change challenges.

“We see the extent to which industry in general can quickly pivot when there is an urgent need or high motivation,” Torrie said at a session hosted by Corporate Knights as part of its seven-part Building Back Better event series.

“We tend to forget about that in the business-as-usual environment – how capable we are of change when we need to.”

In the analysis, the authors propose $5 billion in federal spending over the next decade to purchase emission reductions from the steel and cement industries. Such a program would unlock $37 billion in private-sector spending, generate the equivalent of 24,000 full-time jobs annually and reduce emissions by eight million tonnes per year by 2030, according to analysis by Torrie and Chris Bataille, a researcher at the Paris-based Institute for Sustainable Development and International Relations (IDDRI).

It would also put the steel and cement sectors on track to achieve net-zero emissions in their operations by 2050 if they employ carbon capture technology. The Canadian Steel Producers Association recently committed to a “net-zero by 2050” target.

Bataille said cement and steel are among the most commonly used commodities in the global economy. They’re also among the most greenhouse-gas (GHG) intensive, since both rely heavily on fossil fuels such as coking coal in their manufacture.

To achieve deep decarbonization, government will have to subsidize the cement sector’s emission reductions since current carbon prices are not high enough to encourage the required investment, said Kent Stuehmer, vice president for cement operations at Lehigh Hanson Canada. He said governments at all levels should incorporate climate strategies into their procurement policies to provide a market for low-carbon cement and other industrial commodities.

Lehigh Hanson is currently in the planning stages to build the world’s first carbon-neutral cement plant in Canada but will need government support to do so, Stuehmer said.

Canada’s steelmakers already have among the world’s lowest emissions per tonne of steel produced and are aiming to do more, said Mark Rowlinson, of the United Steelworkers union and president of Blue Green Canada. But the market currently provides no reward to low-emission producers, he said. At the same time, there is a global glut of steelmaking capacity, driven in part by Chinese plants that have high emissions per tonne.

It’s a similar story for aluminum; Canada has the lowest-GHG aluminum in the world but gains no market advantage as a result of those green credentials. Rowlinson said governments should ensure that low-carbon steel and aluminum are used for public projects like bridges, buildings and public transit vehicles.

Nick Xenos, who leads the Greening Government program at the federal Treasury Board, said Ottawa is working on its procurement policies and has targets for green buildings, zero- or low-emission vehicles and the use of renewable electricity in its operations. However, he said there is a “big data gap” when it comes to assessing the carbon footprint of various construction materials, and the government has asked the National Research Council to create a database through which the performance of prospective suppliers can be accurately assessed.

Smaller manufacturers, meanwhile, are facing increasing efforts to improve material recycling, a move that would reduce waste and lower the GHG intensity of their supply chains. The effort is hampered by the fact that waste disposal remains inexpensive in Canada, especially when compared to enhanced recycling systems, said Jo-Anne St. Godard, executive director of the Recycling Council of Ontario.

She argued that governments – and municipalities in particular – need to set clear and ambitious requirements for recycled content in their procurement policies. That includes proper scoring and verification.

The roundtable’s moderator, Diana Fox Carney, noted that there are important gender aspects to the call for government support in the male-dominated manufacturing sector. To date, women have been hit hardest by pandemic-related job losses due to the closure of restaurants, retail outlets and education and daycare services.

Rowlinson suggested there might be a second round of employment cuts that would hit manufacturers if the economic shutdown continues and noted that his sector is seeing more and more women enter its workforce.