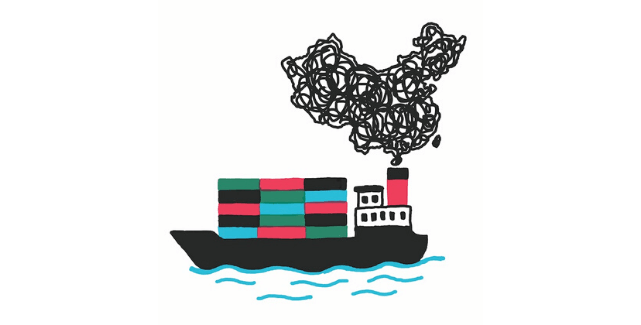 Responsibility for meeting the goals of the 2015 Paris Agreement has always focused, rightly, on the world’s major greenhouse-gas emitters, mainly the U.S., Europe and China. Now the latest reports say China is in the midst of adding new coal power plants equivalent to the EU’s entire capacity in an attempt to fire up the country’s slowing economy.

“As more countries turn away from coal and retire their plants, China’s continued pursuit of coal is increasingly out of step with the rest of the world, and is now effectively driving the ongoing expansion of the global coal fleet,” according to San Fransisco-based Global Energy Monitor.

GEM says that recent growth comes courtesy of “a brief but massive spree of project permitting that occurred from September 2014 to March 2016, a period when the central government delegated permitting to provincial authorities who had strong incentives to approve and build coal plants to hit province-level economic targets.”

Even then, those coal numbers overlook the scores of countries in Asia, Africa and South America that are building industrial economies – and they won’t be restrained by climate threats they had no part in creating.

This disconnect haunts a recent study examining the 126 countries participating in China’s ambitious Belt and Road Initiative (BRI) – a $12-trillion portfolio of Chinese-funded infrastructure programs ranging from dams and ports to roads and high-speed railways.

The authors say these BRI countries currently produce about 28% of global carbon emissions. But if the BRI growth initiatives work out, the researchers say, these newly empowered countries could account for 66% of global carbon by the year 2050. Even if the rest of the world succeeds in meeting its Paris targets, this accelerated activity will likely result in a global temperature increase of 3 degrees C.

The study further notes that climate-related regulations are scarce in most BRI countries “and, where they exist, [they] are often inadequately enforced. Strengthening these institutional arrangements is essential, but will take a long time.”

However, the centralized nature of these projects offers some hope.

“The nature of infrastructure projects means that carbon emissions are locked in at design and implementation stage,” says report co-author Simon Zadek, who leads a United Nations initiative for the Design of a Sustainable Financial System. “It is imperative to act immediately to decarbonize expected infrastructure investments in countries involved in the BRI, to avoid overshooting the Paris Agreement targets.”

The report sets out five recommendations for kicking carbon off the Belt and Road map:

“The Belt and Road Initiative will make investment decisions now that could permanently alter the climate outcome for the globe,” notes Ilmi Granoff of U.K.-based ClimateWorks, a partner in the study. “Capital providers have a responsibility to ensure that BRI countries develop the low-carbon economy of the future instead of the high-carbon economy of the past.”

A version of this story appeared in the Fall Issue of Corporate Knights.