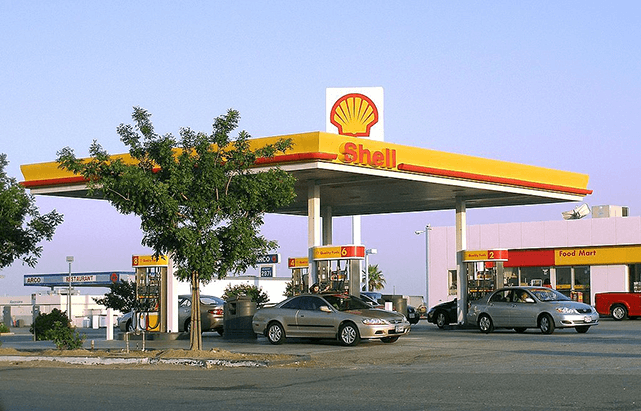 You drive up to the gas pump, grab the nozzle and start filling up your car or SUV. Captive for a good two minutes, you look down and see a label on the handle of the nozzle showing a little boy staring out a window, his sad face reflecting in the glass.

“Use of this fuel product contributes to climate change which may cause anxiety and depression in children.”

It’s just one of several messages that Toronto resident Robert Shirkey wants featured on gas-pump nozzles across the city, or any municipality tired of waiting for federal action on climate change.

Shirkey, a municipal lawyer, has done his research. Turns out that municipalities have the legal authority to make gas stations put the warning labels – similar to the kind now found on cigarette packages—on pump nozzles.

He’s now pitching the concept to those Toronto councillors most likely to champion the effort within city hall. The big question, of course, is whether warning labels that make us feel guilty for filling up is an effective strategy?

Will pictures of an oil-soaked duck, malnourished children roaming an African desert, or at-risk Arctic caribou convince us to ditch the car? By warning us that filling up “may harm wildlife and damage ecosystems”, “cause drought and famine” or “put up to 30 per cent of species at likely risk of extinction”, are we more likely to take transit, ride a bicycle, or purchase an electric vehicle?

Or, are they just going to make people angry? Desensitized?

Shirkey has been thinking about these questions since 2011, when the idea first popped into his head. He decided then to run for city council so he could effect change from the inside.

That plan got interrupted, however, when he opened up his own legal practice. Life got busy and his political ambitions were put on the backburner. Then one day, while on the phone with his sick grandfather, the conversation turned to self-reflection.

“He sensed that I wasn’t very happy,” recalls Shirkey. “His last words on the phone to me were ‘Do what you love.’ ”

It wasn’t long after that his grandfather passed away and an inheritance cheque arrived in the mail. “As soon as I opened up the envelope, his final words echoed with me,” Shirkey says.

That same day Shirkey went to Osgoode Hall Law School on a research mission: find out if municipalities had the power to mandate warning labels at gas stations, and that it didn’t conflict with provincial or federal legislation.

Turns out it was completely doable, and Shirkey now had the financial resources – thanks to grandpa – to spend six months of his life focused on making it happen. He founded a not-for-profit organization called Our Horizon, hired a graphics designer to create his warning labels, and began putting together an exhibit of mocked-up gas pump nozzles.

The campaign was formally launched last month and Shirkey has already gained near-unanimous support from the City Youth Council of Toronto. His idea was considered at the council committee level on March 4. In the meantime, Shirkey is building awareness one councilor at a time.

“The first step is to honestly face the problem of climate change and acknowledge it. I don’t think we’ve actually done that collectively as a society,” he says. “The value of this idea is that it’s low cost, globally unprecedented, and could potentially have a high impact.”

I asked a number of folks in the Toronto environmental and clean technology community what they thought about the idea. “Can’t see how this would convince people to drive less,” was one comment.

It may anger people, said another, “but to be honest, I’m long past the point of thinking there is much upside in coddling the public on this issue any longer.”

Councillor Mike Layton said he liked the idea. “It speaks to people precisely at the point in time when they need this message,” he said. “How that message is framed is equally as important as when they receive it.”

Cherise Burda, director of transportation policy at the Pembina Institute, said the messages might be more effective if, in addition to making the climate change connection, they offered options. “Like switching to a more fuel-efficient vehicle, or electric vehicle, or getting out of the car a couple days a week.”

My own thoughts, which I expressed to Shirkey, is that the comparison to tobacco products is somewhat flawed. The cancer and heart disease that can result from smoking hits very close to home, while climate change is generally perceived as a more distant and gradual threat, likely to be felt most by those other than us.

For Shirkey, the warning labels – and the guilt likely to result from them – are about mentally preparing us for the difficult decisions that we’ll eventually have to make.

“What it will hopefully do is shift our collective consciousness so that when a politician comes in and says I want to put in bike lanes, put in public transit in a big way, or implement a carbon tax, people would be less opposed to these ideas.”

They would be less opposed because such initiatives will ease our collective guilt. “I almost think of this messaging as a first and necessary step,” he adds.

Will it get traction in a city whose mayor is intent on ending the war on the car?

Mayor Ford is just one vote, says Shirkey. “You need 23 out of 45 people to vote for this, and I think there are a lot of people on council really concerned about climate change who might be willing to do something a little more bold.”

And if Toronto doesn’t bite, he’s convinced that some other progressive municipality – in Ontario, Canada, or somewhere else in the world – will take the lead and cause the kind of ripples that made smoking, pesticide and shark fin soup bans more commonplace.

Shirkey is committed to making it happen. He has wound down his law practice. His grandfather’s money has been used up, so he’s now tapping into savings.

“I’m going for broke on this, literally,” he says. “It’s something I believe in.”