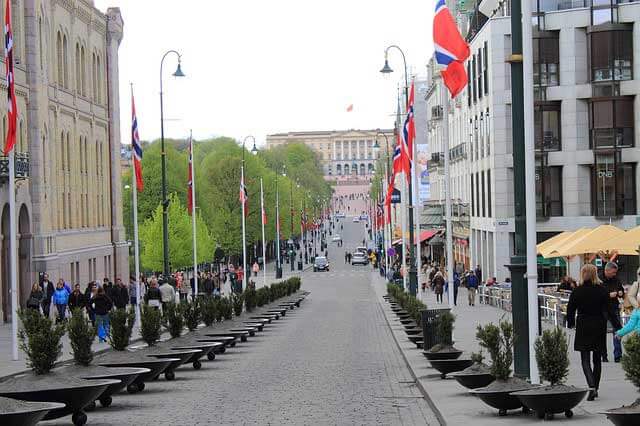 The new Oslo city council is moving ahead with plans to eliminate all private vehicles from central Oslo over the next four years.

“We want to have a car-free centre,” Lan Marie Nguyen Berg, lead negotiator for the Green Party in the Norwegian capital of Oslo, told reporters at a press conference in late October. “We want to make it better for pedestrians, cyclists. It will be better for shops and everyone.”

While the details have yet to be finalized, city council plans on replacing automobile transportation in the city centre with alternatives that include 60 kilometres of new bike lanes, a new subsidy for the purchasing of e-bikes and a significant expansion of its already-robust public transit system.

The city will soon begin consultations to ensure that those with physical handicaps are able to move around the city, as well as reassure businesses that a flexible system for deliveries will be instituted.

While Oslo has around 600,000 inhabitants in total, only 1,000 or so live within the city centre. The majority of car traffic comes from the 90,000+ commuters who work in the area.

Oslo will become one of the largest car-free jurisdictions in the world, and the only European capital with such a regime. A number of historic districts are car-free throughout the continent, including Dubrovnik’s Old City and most of the historic centre in Brussels.

Several other cities have expressed interest in moving towards a downtown ban on automobiles, including Milan, Paris and Madrid, but none has yet to move forward with a concrete plan. Other cities have turned to congestion pricing and higher vehicle registration fees in a bid to reduce traffic and air pollution.

The Oslo ban forms the centrepiece of an emissions-reduction scheme put forth by the left-leaning city council majority – an alliance of Labour Party, Socialist Left and Green Party councillors – to cut greenhouse gases 50 per cent by 2020.

“In 2030, there will still be people driving cars,” Berg said. “But they must be zero emissions.”