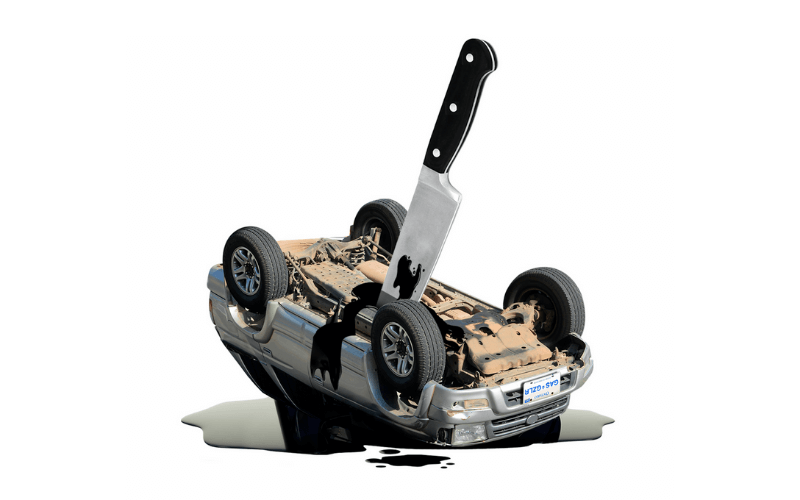 At Tesla’s Battery Day in September, CEO Elon Musk announced a number of innovations that should, if all goes according to plan, drive down battery prices by 56% by the end of 2023. That’s when Musk plans to release a US$25,000 electric vehicle (nicknamed the Model 2 by the company’s fans) – that’s $10,000 less than what the average new gas-powered car currently costs in the U.S. Its arrival is destined to spell trouble for the US$10-trillion global transportation market.

Historically, EVs have been about $12,000 more expensive than gas cars, in large part thanks to battery costs. But as batteries become cheaper every year, EV sales have been growing exponentially. The cost of lithium-ion batteries plummeted 89% from 2010 to 2020, according to Bloomberg New Energy Finance. In 2016, batteries accounted for 48% of the cost of EVs. Today, that’s fallen to 26%.

It’s not the only trend driving the conventional car industry off a cliff.

Other than spikes in leisure-wear sales, the pandemic has dramatically slowed consumer spending – and cars are the second largest capital expense for North American families, after housing. Seventy million U.S. households own two or more cars, and pre-pandemic, the average American worker spent five work weeks a year in traffic commuting to and from their jobs. Now that approximately 40% of the U.S. and Canadian labour force is working from home and corporate leaders and businesses have accepted that people can do so productively, some families will decide they don’t need a second car. This will have big implications for car sales.

While some studies have found that those who are still commuting often prefer driving solo to taking the subway or ride-hailing, KPMG projects that the work-from-home trend, along with more people shopping online, could take seven to 14 million cars off U.S. roads alone.

A growing number of pandemic-era commuters who don’t want to crowd into mass transit are going the micro-mobility route, fuelling sales of bikes, e-bikes and electric scooters – particularly in place of the staggering 60% of U.S. car trips that are less than five miles. Scooter-sharing companies Lime and Bird are the two fastest-growing firms in U.S. history – both reached $1 billion in market valuation within 12 months of launch. All scooter-sharing companies combined are set to exceed 500 million rides globally in 2021.

In Canada, Calgarians have taken almost two million rides on rented e-scooters. There are also pilot projects in Waterloo, Montreal, Edmonton, Ottawa and Kelowna. For a growing cohort of millennials debating whether to buy a car or use a scooter-sharing service at 35 cents a minute, the choice is pretty clear-cut. 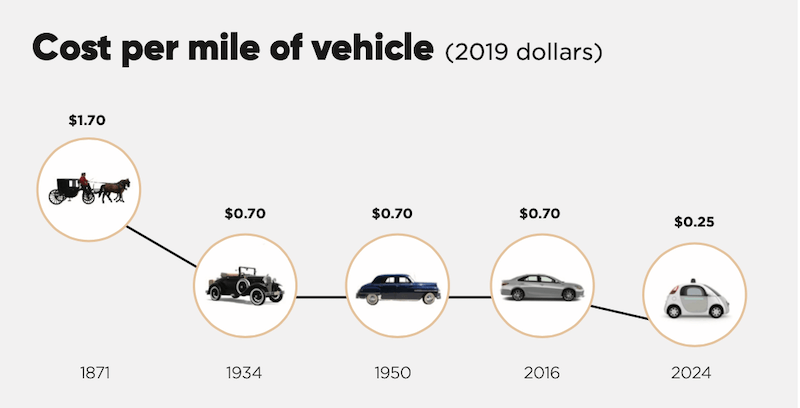 National policies are already dramatically accelerating the adoption of EVs. For instance, Norway has the most aggressive goals globally, prohibiting the sale of any new fossil-fuel-powered cars by 2025. The target is already working. In December, 67% of all new cars sold in the country were pure battery electric vehicles, and when plug-in hybrid EVs are included, that figure jumps to 87%.

In November, Britain announced that it would ban the sale of new gas and diesel cars and vans from 2030 onward – five years earlier than previously promised.

In the U.S., California has banned the sale of new gas-powered cars and trucks by 2035. Considering that California has the fifth-largest economy in the world, the move sends a strong signal to American automakers. The signal would be even stronger if Canada and the incoming Biden administration instituted a North America–wide ban on new internal-combustion vehicle sales.

General Motors is one of the 10 U.S. companies with the largest pension-funding gaps relative to their market capitalizations. GM’s unfunded pension liability is a whopping US$14.4 billion according to S&P Global Ratings – that’s about 24% of the company’s current market worth. Ford’s is US$10.2 billion, or 30% of its market value, as of November 2020.

Their pension troubles aren’t surprising if you track the market cap of GM, Ford and Fiat Chrysler (FCA). Even if you combined the market value of these three legacy automakers and multiplied by six, it would still be less than the value of Tesla, at US$717 billion as of December 2020.

Electric cars are not only becoming cheaper to buy; they’re also cheaper to drive and have serviced. While the traditional gas car has more than 2,000 moving parts, an EV has just 20, which means there are far fewer ways that an EV can break down. Maintenance costs for an EV are a stunning 50 to 70% less than for a gas car. Similarly, fuel costs for an EV are roughly 70% less, depending on the electricity rates in your province or territory.

For Canadians, EVs will eventually be cheaper to insure, too. Since Teslas come equipped with a number of autonomous safety features and have been found to have 85% fewer accidents per million miles travelled compared to cars with no autonomous features, Tesla is offering policies to California Tesla owners at 20 to 30% less than traditional insurance companies. The company plans to expand its insurance to other U.S. states in the future. 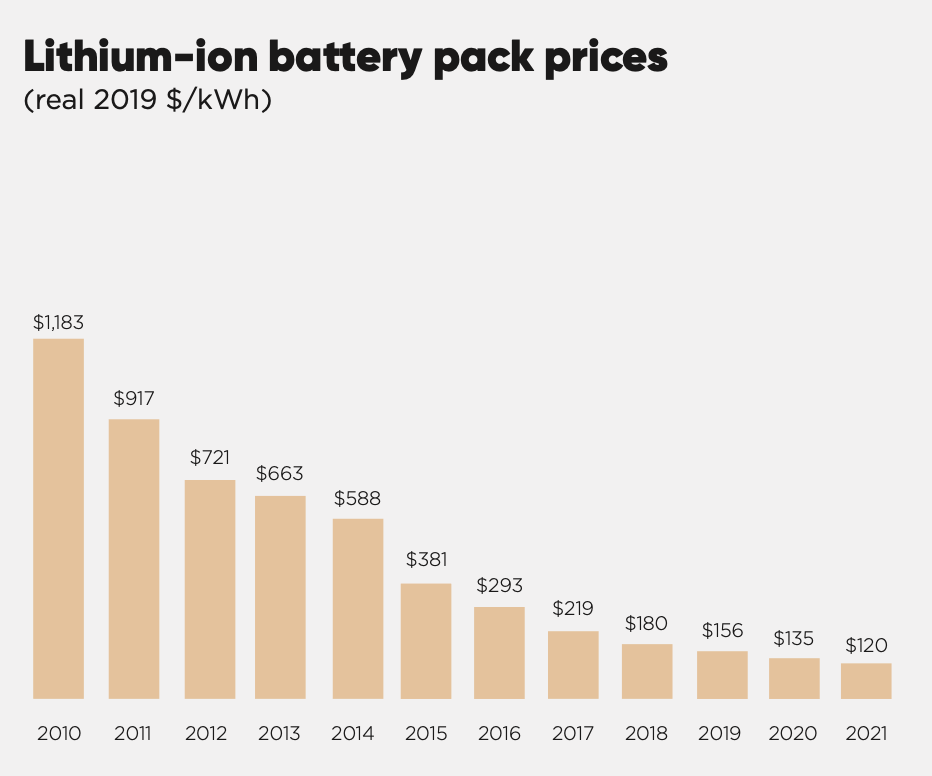 ARK Invest predicts the rise of autonomous EV fleets by 2024. Think Uber and Lyft but green and without a driver. The predicted cost of transportation will plummet from the 70 cents (U.S.) per mile car owners pay to just 25 cents per mile – that’s a two-thirds cost reduction. Who is going to buy a new car when they can get around effectively with “mobility as a service” (MaaS) for a third of the cost?

Traditional car companies are facing death by a thousand cuts: the climate crisis, the fall of fossil fuels, electrification, the rise of autonomous EV fleets, Tesla, legacy pension liabilities, shifting mandated national policies, and dampened demand for autos in general. According to Cathie Wood, ARK’s founder and chief investment officer, EV sales will grow nearly 20-fold, from 1.8 million in 2019 to 35 million, or 40% of total global auto sales, in the next six years. I predict that two major global car companies will cease to exist by the end of 2025. They will either go bankrupt or merge – as did Fiat Chrysler, which in December got EU approval to merge with Peugeot.

In the U.S., the switch from horse-drawn carriage to car was swift. In 1910, only 11% of passenger miles were by car; by 1920, it was 81%. Expect the same swift shift from fossil-fuel-powered cars to EVs. The demise of traditional auto firms will come far faster than we imagine.

Jim Harris is the author of the international bestseller Blindsided, which focuses on disruptive innovation.