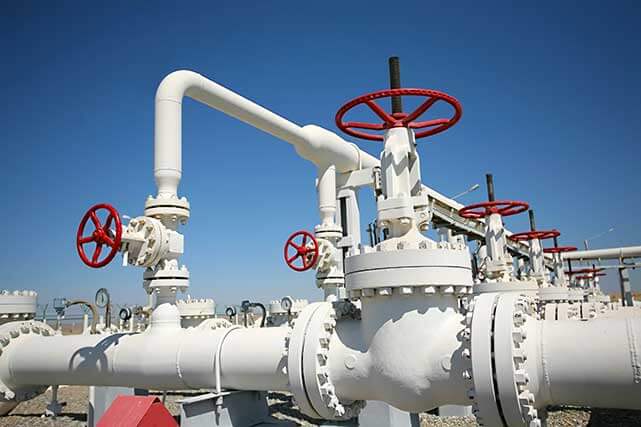 The push by British Columbia to develop a new liquefied natural gas (LNG) export industry raises questions about the impact such activities would have on greenhouse gas emissions, both within the province and globally.

One of the single most important factors relates to the amount of methane and carbon dioxide that gets released into the atmosphere, either deliberately through venting or by accident as so-called fugitive emissions. Fugitive emissions are the result of valves and meters that release, by design, small quantities of gas. But they can also come from faulty equipment and from operators that fail to follow regulations.

According to the B.C. Greenhouse Gas Inventory Report 2012, there were 78,000 tonnes of fugitive methane emissions from the oil and natural gas industry that year. B.C. produced 41 billion cubic metres of gas in 2012. This means about 0.28 per cent of the gas produced was released into the atmosphere.

By North American standards, this is a very low estimate. The U.S. Environmental Protection Agency (EPA) uses a figure of 1.5 per cent leakage, more than five times higher. Recent research led by the U.S. non-profit group, Environmental Defense Fund (EDF), shows that even the EPA estimates may be too low by a factor of 1.5. B.C.’s estimate, in other words, would be about one-eighth of what has been estimated for the American gas industry.

Although the amounts of methane released are small compared to carbon dioxide emissions, methane matters because it packs a much bigger global warming punch. Determining the effect of methane emissions is complicated because molecules of methane only last in the atmosphere for a decade or so and the warming effect from its release depends on the time interval it is measured over. Compared to a given mass of carbon dioxide, the same mass of methane will produce 34 times as much warming over 100 years, or 86 times as much over 20 years.

There are reasons why B.C.’s methane emissions might be low relative to American operations. Much of the conventional natural gas in B.C. is sour – that is, it contains hydrogen sulphide in small but dangerous concentrations. The need to handle this gas with great care before it is processed has produced strict regulations and a culture of compliance among operators. In addition, B.C. does not have the ancient and often leaky iron pipes installed as much as a century ago to distribute gas in some U.S. cities. Nevertheless, differences in the industry practices between the two countries are likely insufficient to explain the factor-of-10 variance in leakage estimates.

The B.C. government estimates its fugitive emissions by using a combination of inventory methods and detailed field reporting from industry. Inventory methods involve taking, for example, the expected leakage from a certain type of valve and multiplying that factor by the number of such valves employed in the field. The reports provided by industry record emissions from combustion, leaks and venting of all greenhouse gases. These two methods are known as bottom-up approaches and they depend on equipment working as designed and on the operators fully reporting emissions.

Entirely lacking in B.C.’s approach, however, are so-called top-down measurement approaches that the EDF researchers have used in the United States. These techniques measure the methane concentrations in the atmosphere around gas industry operations, using sensors mounted on towers as well as on ground and airborne vehicles.

A major 2014 survey by Stanford professor Adam Brandt and colleagues in the journal Science shows that top-down methods almost invariably reveal more emissions than the bottom-up, inventory methods. One important reason for the discrepancy seems to be the presence of “super-emitters” – for example, unreported leaks from pipelines or rogue operators flouting regulations. One study found that 58 per cent of emissions came from merely 0.06 per cent of the possible sources.

A recent Canadian example of a super-emitter would be the operations of Murphy Oil, which was recently shut down by the Alberta Energy Regulator. The regulator conducted an unannounced compliance sweep and discovered that U.S.-controlled Murphy, contrary to regulations, was allowing associated gas produced with their oil operations to vent to the air rather than be flared or conserved.

Another example would be a recent spill of 31,500 barrels of bitumen in the oil sands of northeastern Alberta at a project operated by Nexen, now owned by the Chinese company CNOOC. Despite use of the latest technology, the leak went undetected perhaps for as long as two weeks until, by chance, a contractor spotted it. If this had been a leak from a gas pipeline in a remote area of B.C., it would have been far harder to detect by casual inspection.

EDF funded its $18 million, 16-study methane-leak research program with grants from private and industry donors, including a large one from the Cynthia and George Mitchell Foundation. George Mitchell is widely credited as one of the pioneers of gas-fracking technology. Two industry donors to the EDF project were Canadian companies Encana and TransCanada Corporation, both active in the B.C. natural gas business. The EDF research project involved the participation of industry, universities, environmental non-profit organizations and government agencies.

Environmental scientist Ann-Lise Norman of the University of Calgary has estimated that a top-down methane measurement research program in B.C. would cost less than $10 million. Complementary studies and audits could also be conducted at relatively low cost. The time to start any such studies is now, since they would provide an emissions baseline prior to the greatly expanded development activity that will happen once the B.C. LNG projects get underway.

For any study in B.C. to be as credible as counterparts in the U.S., the participation of industry, government, university researchers and environmental groups would be required.

Transparency is a must because the current B.C. government is an unabashed cheerleader for the LNG industry while the provincial regulator, the B.C. Oil and Gas Commission, has been described by journalist Andrew Nikiforuk as more of an industry funded and controlled facilitator rather than what it ought to be: an independent watchdog and an arbiter between the industry and the people of the province. For example, the B.C. regulator could, following the recent lead of its Alberta counterpart, step up compliance sweeps. Unfortunately, it has shown no inclination to do so.

Canada’s energy industry has in recent years gained a tarnished international reputation due to well-publicized pipeline failures and the scrutiny given to production practices in the oil sands. The U.S. has taken seven years to examine the Keystone XL pipeline application, and approval is still not granted or assured. The European Union wanted to label oil sands bitumen as “dirty oil” and impose extra taxes until pressure from the Canadian government on some EU states forced them to back down.

The customers for Canada’s energy exports are not likely to be persuaded any longer by blithe assurances that the country’s energy products are clean or ethical. No longer, after what is shaping up to be the hottest year on record, can we assume that the buyers of Canada’s energy exports will be indifferent to the upstream emissions involved in making that product.

Many countries will be making difficult commitments to reduce their emissions at the Paris climate conference in December. They will not look kindly upon trading partners who are set to break their own domestic commitments and who show little inclination to properly measure and manage their emissions.

Three years ago at the World Economic Forum in China, B.C. Premier Christy Clark claimed that British Columbia would produce “the cleanest LNG in the world” – a promise that was later redefined to exclude greenhouse gas emissions associated with the production, processing and overland transportation of the gas.

In contrast, the Gorgon LNG project in Australia – a competitor to B.C.’s gas in Asian markets –disposes of four million tonnes per year of excess carbon dioxide at its processing and liquefaction site by injecting it deep into geological reservoirs, significantly reducing the overall emissions of the LNG process, from wellhead to ship.

Other things being equal, and in an over-supplied Pacific market, LNG customers may prefer suppliers with a genuine and demonstrable claim to producing the cleanest LNG in the world.