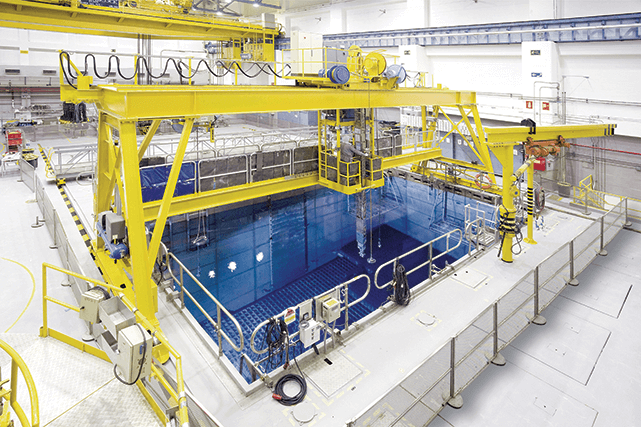 In a column last fall in the business section of the New York Times, journalist Eduardo Porter echoed the recent call by some high-profile climate scientists that environmental groups should embrace the idea of massively deploying nuclear reactors to save our planet from climate change.

The bold claim seemed aimed at blunting a tsunami of bad news about the economics of nuclear, but the effort was based on erroneous assumptions and contradictions and is unlikely to revive the prospects of power by fission.

Their premise is that it is environmentalist opposition, not poor economics, that has stalled nuclear power development in market economies, and it is based on the misconception that nuclear power is “cheap” and a hope that “innovation and economies of scale can make new power plants even cheaper than existing plants.”

But the evidence shows that nuclear power has always been substantially more expensive than the alternatives and there is nothing in the historical or contemporary record to suggest that it will be less costly than low-carbon alternatives in the foreseeable future. The climate scientists who claim “much has changed since the 1970s” have not noticed the collapse of a nuclear renaissance caused by exactly the same problems that scuttled the nuclear sector in the 1980s – a tripling of the estimated costs and design and construction problems.

What if nuclear had a fit?

One of the most frequently used instruments for stimulating deployment of innovative clean energy technologies is to offer a feed-in tariff (FIT) to developers. A FIT sets a price that will be paid for power from a specific technology for a set period of time. The objective is to provide sufficient incentive to stimulate early deployment of the technology with the hope that improved learning and economies of scale will drive costs down. A FIT rate therefore provides a useful framework for thinking about stimulating deployment of technologies.

The starting point for setting a FIT rate is the direct economic cost of deploying the technology, but other costs have to be recognized. For example, there is the cost of integrating the resource into the electricity grid (systems costs). Social costs are not generally reflected in tariffs, but losing track of them for long-term decisions can create large hidden subsidies.

In his column, Porter cites cost estimates from the U.S. Energy Information Administration (EIA) of 10.84 cents per kilowatt-hour for new nuclear power capacity. Based on this, he argues, nuclear costs are right in middle of the pack of low-carbon alternatives. However, he then notes that the British have committed to pay a guaranteed 14.9 cents per kilowatt-hour, adjusted annually for inflation as part of a 35-year power purchase contract (in effect, a FIT), for power from its proposed nuclear plant at Hinkley Point. This latter figure would make nuclear power more costly than onshore wind, gas with carbon capture and even solar photovoltaics in some places. It would barely be cost competitive with coal equipped with carbon capture technology.

But comparing costs for nuclear reactors not likely to be online for 10 years to the cost of alternatives that can be brought online in just a year ignores the strong downward trend in the cost of renewable-energy technologies and the opportunities today around energy efficiency.

Costs for renewables have fallen dramatically over the past two decades, and financial analysts, regulators and energy consultants expect them to be substantially more affordable a decade from now. At the same time, most studies exploring electricity options fail to include efficiency. The National Research Council, McKinsey & Company and many others cite the U.S. potential to decrease electricity demand by 20 to 30 per cent at a cost of about 3 to 5 cents per kilowatt-hour. This large potential is not surprising given that the U.S. consumes about 50 per cent more electricity per dollar of income per capita than Germany. When weighed against this, nuclear power at present is a very expensive way to reduce carbon emissions and its cost disadvantage is likely to grow over the next couple of decades.

Renewables such as wind and solar require more transmission and complementary power to manage their variability, which increases the challenge of managing the grid. However, very large nuclear reactors also impose large transmission costs and a tremendous demand for spare capacity for times when reactors are unexpectedly and suddenly taken off line, or taken out of operation for maintenance and repair.

Moreover, the revolution in information and control technologies has advanced management of the grid to the point that several nations have already integrated up to 25 per cent renewables into their power mix. Advances in technology and design have made low-speed wind generation economically viable, and raised North Sea wind farm load factors to the range of 40 to 50 per cent. Utility-scale solar power with storage that allows it to be dispatchable is being sold in parts of the U.S. at a cost of 13 cents per kilowatt-hour. Distributed resources, such as efficiency and solar PV, actually reduce the need for distribution and transmission capacity.

A recent study by Citigroup argues that even at the high end, the overall cost advantage of renewables is not eliminated by the cost of integrating them into the system. Intelligent deployment and management can make renewables cost competitive with natural gas and therefore much more attractive than nuclear.

The “nuclear is unavoidable” advocates are forced to confront the Fukushima accident and they do so by taking a very narrow non-economic view of total social costs, plowing into the debate about which technology kills more people – coal or nuclear. The primary impact of accidents is not death, however; it is economic disruption, social dislocation and psychological despair. Tokyo Electric Power did not go instantaneously bankrupt because the accident at Fukushima killed people. It went bankrupt because it created a social economic catastrophe and a clean-up problem that is beyond the capacity of any single company to deal with. The social cost of carbon in the long-term climate view is caused by the same underlying factors. It flows more from economic disruption and social dislocation than disease and death.

The problems of nuclear accidents and nuclear waste highlight the very large implicit subsidy that nuclear power has enjoyed in the U.S. and that cannot be ignored. Public policy has socialized the cost of nuclear accidents by capping the liability of utilities at a figure that is far below the damages that would result, while the public sector has taken responsibility for the long-term handling of nuclear waste.

Indeed, given the fact that there was as much dangerous radioactive material in waste storage at Fukushima as in the reactors, the climate scientists’ claim that we must view “safer nuclear systems” as “essential to any credible effort to develop an energy system that does not rely on the atmosphere as a waste dump” does not ring true. Shifting to a technology that treats the earth as a waste dump instead of the atmosphere makes little sense when there are alternatives that treat both the air and the land much more gently. Waiting for a nuclear technology that does not produce waste is an unacceptable answer, not only because nuclear advocates have been talking about it for decades, but also because the climate scientists calling for such solutions are the same ones insisting immediate action is needed.

When social benefits, like macroeconomic impacts, are considered, nuclear also does not fare very well. Efficiency and renewables exploit local resources and have bigger employment multipliers, although the differences are not nearly as large as the mythology on both sides would have it.

If the direct costs of low-carbon alternatives were roughly equal, the systems costs might tip the balance toward nuclear power, but social costs would tip it strongly back toward efficiency and renewables. Given the rapidly falling cost and potential of efficiency and renewables, the speed with which they can be deployed, as well as the availability of gas as a transition and complementary resource, the economically rational path for the next quarter century is crystal clear: New nukes aren’t necessary.

Shifting the debate to focus on an expensive, slow-to-build and inflexible “climate” solution like nuclear power, at least at this point in the game, is counterproductive when so many better alternatives are available to reduce greenhouse-gas emissions and air pollution.