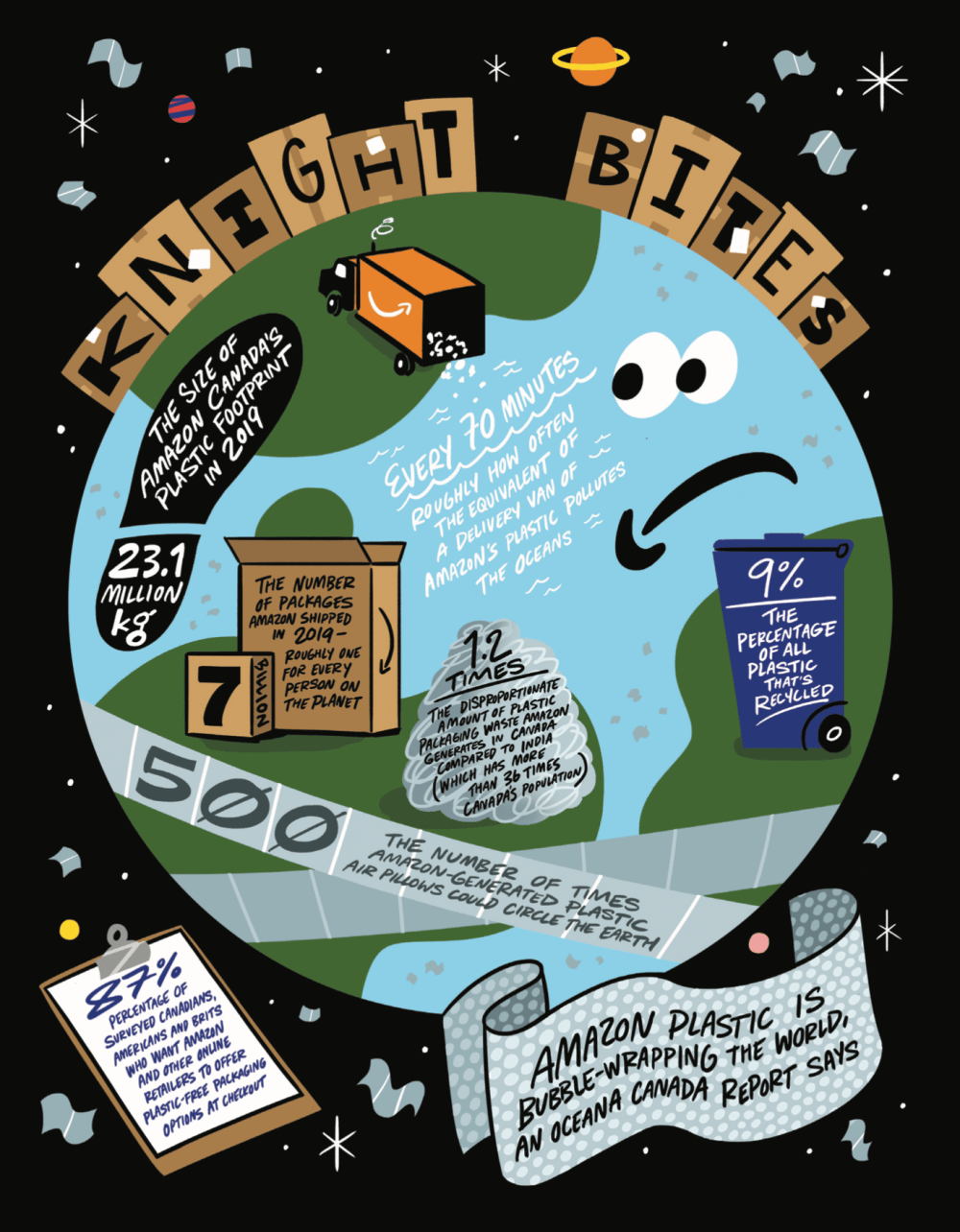 “In Canada, Amazon’s plastic footprint is disproportionately large, generating an estimated 21.3 million kilograms of plastic waste in 2019 – 1.2 times more than in India, and more than Japan, Brazil, Spain and Mexico combined.”

Oceana Canada is calling on Amazon to offer plastic-free options.

It’s also petitioning the federal government to expand its proposed single-use plastic ban list to include additional problematic plastic items, resins and material types. “The six single-use items identified in the proposed ban list do not significantly contribute to the 3.3 million tonnes of plastic waste that is thrown away every year in Canada. As stated by the Minister, the ban covers less than one per cent of Canada’s current plastic use –less than 47,000 metric tonnes.”

Considering Canada’s plastic use is expected to increase by 30% by 2030 and Amazon continues to experience record-breaking sales, environmental advocates want action to be taken immediately.