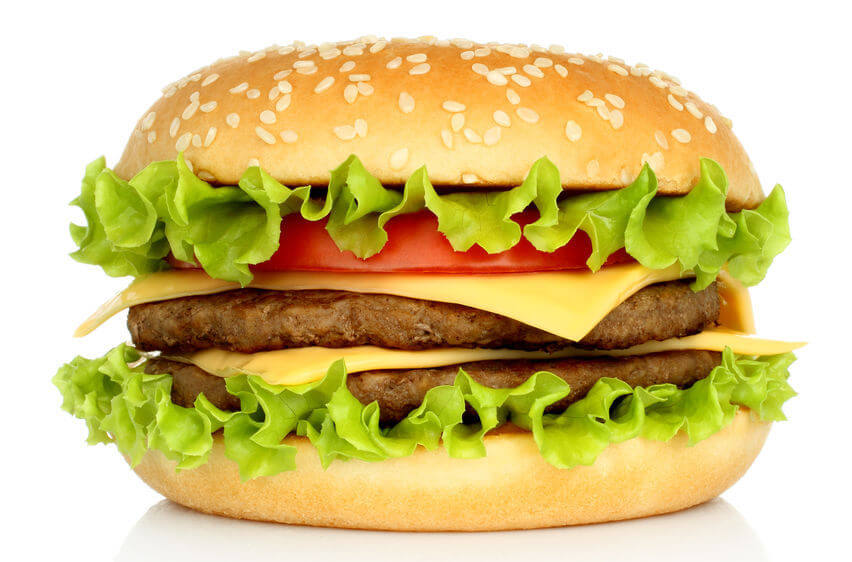 You may not have heard of the Canadian Roundtable for Sustainable Beef, but if you’ve had a burger at McDonald’s or Harvey’s lately, you might have eaten beef that’s been certified sustainable by the Calgary-based multi-stakeholder Roundtable.

McDonald’s became the first company in Canada to serve up a portion of its Angus burgers (at least 30 per cent) from certified sources last year. Then Harvey’s began partnering with the Roundtable in August for its Original Burgers, joining A&W, Earls, Cactus Club Cafe and other food outlets in an effort to serve more environmentally responsible beef.

The fact that these restaurant chains are concerned about sustainable beef is welcome news. But what exactly is sustainable beef? The devil is in the details, and a closer look at the requirements imposed by the Roundtable reveals that they can be hazy and rife with loopholes.

Beef cattle have been the bêtes noires of environmental movements for almost half a century.

Frances Moore Lappé skewered them in her bestseller of the 1970s, Diet for a Small Planet. She noted that it takes at least seven pounds of high-quality staples to produce one pound of grain-fed beef, in effect manufacturing scarcity and contributing to global hunger.

More recently, cattle have become symbols of consumer excess in the age of global warming. Our beef habit has been blamed for the carbon dioxide released when grasslands and forests in the Brazilian Amazon — long revered as the mainstay of global climate stability — are uprooted to grow soybeans for animal feed.

On top of that, the digestive systems of the animals themselves deserve part of the responsibility for the release of methane — a gas with more than 20 times the global-warming impact of carbon dioxide. Although scientific studies vary considerably in their estimates, cows and steers are said to account for two-thirds of greenhouse gas emissions coming from livestock. Raising animals for meat is said to be responsible for some 14.5 per cent of all human-caused global warming emissions, similar to the share of emissions that come from cars.

Booming sales of dairy and beef imitations are a sign of increased intentions to break loose from those environmental impacts and from the health concerns tied to eating red meat. Little wonder that beef sales are facing a decline in Canada.

All of which has prompted Canada’s beef industry to respond. The Canadian Cattlemen’s Association formed an alliance — the Canadian Roundtable for Sustainable Beef or CRSB — with McDonald’s Canada, Costco, Loblaws, the World Wildlife Fund and beef suppliers Cargill and JBS to “legitimize sustainable beef production in the public eye and underpin producers’ social licence to operate.”

To its credit, several aspects of the CRSB’s work go beyond hot air to grapple with issues of sustainability. The Roundtable deserves recognition for defining and benchmarking several pivotal and measurable sustainability challenges. It accepts the wide breadth of a “triple bottom line” approach and recognizes that sustainability is not as one-dimensional as reducing waste or greenhouse gases.

“Consumers are increasingly inquisitive about the food they’re eating and want to know it was produced in a socially responsible, economically viable and environmentally sound manner,” rancher Cherie Copithorne-Barnes, founding chair of the CRSB, said in a statement last summer.

To be deemed sustainable, ranchers and processors must show progress on issues such as soil health, water conservation, biodiversity, animal welfare and workers’ rights. From farm to fork, the Roundtable commits to delivering a product that “prioritizes planet, people, animals and progress.”

But how sustainable are those burgers advertised on in-store signs and menus across the country?

The CRSB’s basic requirements, as well as optional ratings for “excellence,” often appear vague and there are a few loopholes. On all-important matters such as air quality and greenhouse gases, for example, the only requirement is that operators should be “aware of management practices that support carbon sequestration and minimize emissions.”

The same loose wording goes for impacts on soil health, which should be “monitored and managed.”

On animal welfare, there are no requirements to minimize animal suffering beyond meeting Canada’s voluntary national farm animal code of practice, says Chronos Sustainability’s Darren Vanstone, who participated in Roundtable discussions as an animal welfare advocate.

“Research shows that one in five animals is injured or dies after 30 hours in transit,” says Geoff Urton.

An animal science expert and senior manager at B.C.’s Society for the Prevention of Cruelty to Animals, Urton has represented Canada during livestock hearings of the International Organization for Standardization.

The Canadian, and therefore Roundtable, maximum travel time is 36 hours, Urton says. American transport time is capped at 28 hours; Europe limits it to eight. The distinction is important for human as well as animal health, because stressed animals have lower resistance to communicable diseases that might infect the meat supply.

And while customers seeking more sustainable meat products now expect to see antibiotic-free and no-added-hormones/steroids claims at places like A&W or butcher counters, the CRSB standard doesn’t require either.

These gaps have been a bone of contention for a coalition of 50 American consumer, animal welfare, worker, public health and environmental groups south of the border, which called out the U.S. Roundtable for Sustainable Beef for being toothless in June of last year.

Part of the problem is that the Canadian Roundtable doesn’t address systemic supply chain issues related to processors and retailers. Control of food processing and retail sectors by a small number of centralized corporations is “more pronounced in Canada than most countries,” says Rod MacRae, a professor of food studies at York University’s Faculty of Environmental Studies and a longtime food policy analyst.

The limited number of slaughterhouses makes it almost impossible to reduce animal travel times. And, MacRae says, the concentration of corporate ownership makes it almost impossible for ranchers, farm workers and processing workers to enjoy sustainable working and living conditions. The Roundtable’s own research confirms that a rancher with a herd of 200 cattle earns $17,559 a year, which is below the rural poverty line.

That’s not a foundation for sustainable rural communities, says MacRae.

Franco Naccarato agrees on the need for more small players. He heads the Ontario Independent Meat Processors association — which has 250 members from small abattoirs and butcher shops scattered across the province. These shops, and the small farms that rely on them to do custom work for independent and local retailers and restaurants, are pivotal to the meat industry becoming sustainable, he says.

First is the distance factor: the short trips from farm to abattoir and abattoir to retailer can cut transportation emissions.

Small and local processors are also key to reviving the circular economy that once thrived across the Canadian meat sector, when many towns and cities had abattoirs, butcher shops and tanneries, which together made it their business to use all parts of the animal, from prime meat cuts to bone and blood.

“You can’t design for sustainability without this balance in local economies,” Naccarato says.

Naccarato’s argument suggests that a sustainable product requires a sustainable business ecosystem, not just a sustainable ranch or animal. The absence of any discussion or measures to foster that ecosystem may be the Achilles heel of the Roundtable’s claims of advancing sustainability.

It’s a pivotal point both the critics and defenders of sustainable beef miss. People on both sides focus on beef as a standalone commodity, not one product from a living whole animal, or a dynamic food web governing the entire life cycle of meat.

Perhaps the Roundtable could take a leaf from the fast-rising notion referred to as regenerative agriculture. The idea is being talked up in countercultural communities within the food sector, as well as by corporate heavyweights such as General Mills. The basic proposition should be music to the ears of Canadian cattle ranchers because it’s founded on the widespread practice of feeding cattle on pasture.

Supporters of regenerative agriculture believe that raising livestock on pasture and prairie grasses reduces and offsets many environmental downsides. Pasture and grasses have deep roots, which purify water as it seeps down to the water table. The roots also draw down carbon to store underground, where it belongs. In regenerative agriculture, a no-till approach means that no carbon dioxide is unearthed by plowing. Nor are pesticides permitted (or required) on pasture, a blessing for insects, birds and biodiversity.

The Roundtable deserves credit for owning up to the problem of sustainability. But in an era when reducing beef consumption is front and centre for environmental and health advocates, they’ll also be watching closely to make sure any green labels on burgers aren’t a load of bull.