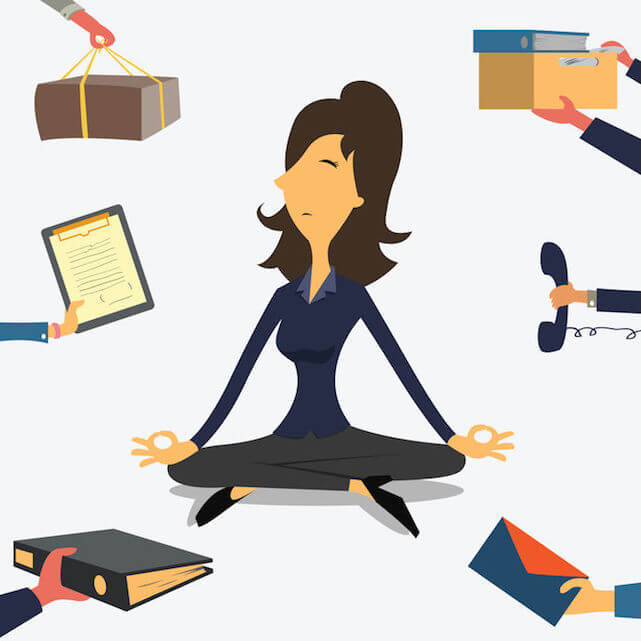 When I started working in the corporate world in Paris, France I was keen to work in a country known for its short work weeks and long holidays. To my surprise, one of the major differences between North America and France’s corporate cultures was not the number of hours worked in a day (they worked well beyond 5 p.m. despite a 2000 law that set the average work week at 35 hours), but the pace of work and the length of the breaks. Each lunch hour my colleagues would happily leave the office, stroll into one of their favourite restaurants and actually sit down for at least an hour, without the excuse of having to entertain a client.

You’d think with these leisurely lunches and 30 days of paid vacation that the country would rank quite low on the economic productivity podium. (The law mandates 30 days of paid vacation and many take all of August off.) But look at international productivity rates, which are based on the number of hours worked and the amount of GDP yielded. According to Expert Market’s annual analysis, you’ll find the French are just about as productive as Canadians, falling only one spot behind us at number 14. What gives? Slowing down, taking breaks and letting our systems rest is a key factor in making sure our workplaces are sustainable for the people that work in them.

Yet Canadians are more frazzled at work than ever. A recent poll by IPSOS found that 45% of Canadians say work is a major cause of their stress and 52% say they are more stressed than they were five years ago.

Unlike the French, studies have found that Canadians rush through lunch and that most of us eat at our desk in less than half an hour. On average we take two weeks of vacation a year, which makes us more prone to stress and not as well equipped to handle it. So how are companies getting their employees out of go-go-go mode while not living la vie en France? Corporations like Google, Microsoft and Apple have been investing in mindfulness training for years to better their employees’ mental health, increase focus and productivity. SalesForce Chicago even has mindfulness zones. By re-wiring our brain to tune into the present in spite of the busyness around us and within our own minds, employees are finding calm in the middle of busy work places.

When insurance giant Aetna invested in mindfulness training, productivity gains added up to about $3,000 per employee and health care costs came down by 7%. When we’re in fight or flight mode too often, sparked by an email, deadline or tough conversation with our boss and long hours at the office, we can get run down and more prone to burnout. And if we don’t have the lengthy vacation time of our European counter parts, using moments at the office to find peace through mindfulness can help us navigate a tough work day. One study actually found that meditation can have a longer lasting effect on stress than a vacation.

All this clear mindedness has a long list of benefits but in his new book McMindfulness: How Mindfulness Became the New Capitalist Spirituality, Ron Purser says that, in the wrong hands, it can be used by employers as a tool for corporate compliance. As The Nation argues in a review of Purser’s book,  “rather than organize to change the need for self-care and breathing exercises in the first place, corporate mindfulness, or McMindfulness, becomes a pacifier,” one that teaches workers that emotions like stress and anger are all in your head. Blame shifts to the individual instead of looking at the drivers of stress within the organization.

This doesn’t mean we should walk away from corporate mindfulness altogether. It can be a helpful starting point for a healthier life-work balance. And research shows mindful employees might be even be inclined to make more environmentally driven decisions for their company. A study published in the Journal of Corporate Citizenship found that in comparison to traditional corporate social responsibility training, meditation and relaxation techniques resulted in more socially conscious behaviours.

Mindful employers that value the health and wellbeing of their staff and the planet might also want to consider a different form of slowing down by following the lead of the French and reducing the number of hours worked.

One New Zealand company, Perpetual Guardian, experimented with reducing the number of workdays to four days a week. Data collected by two academics found that Perpetual Guardian’s employee happiness, creativity and energy levels were boosted and stress levels declined. “Their actual job performance didn’t change when doing it over four days instead of five,” said one of the lead researchers. The company then moved to make the trial more permanent.

The state of Utah experimented by cutting one day out of the workweek and adding extra hours to Monday and Friday. In ten months, the state saved 1.8 million in energy costs and 12,000 tons of CO2 a year.

Countries that work more aren’t just more stressed, they also pollute more, use more energy and increase greenhouse gas-heavy commuting as well as mindless consumption. Perhaps the impending climate crisis will force us to question the fast-paced living and endless growth mindset that’s wearing employees to the ground and pushing our planet to the brink. One of the fathers of capitalism, John Maynard Keynes, saw growth as a temporary measure for development. In 1930, he predicted it would end in a century.

If the data is showing us that slowing down and being more mindful is resulting in happier, healthier workers and a greener and potentially more stable economy, perhaps it’s time for Canadian CEOs and politicians to take note.

Kate Petriw is the bestselling author of Let That Sh*t Go: A No Filter Approach To Mindfulness. She came across mindfulness five years ago while trying to resolve unchecked stress sparked by work in the corporate world. She started an organization called Mind Matters, which gives workshops on mental health.