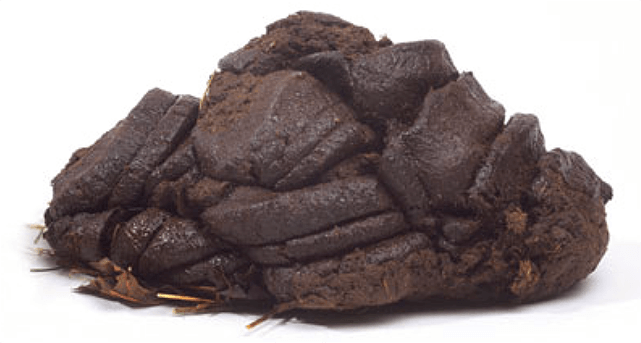 It’s a cold day on the farm, and surprisingly quiet. Aside from the faint smell of cow manure, one would never suspect there were 2,700 young calves behind barn doors at the Delft Blue farming facility in Cambridge, Ont., each animal oblivious to the premature death that awaits it.

Vegetarians might cringe. If red meat is on their do-not-eat list, then veal is taboo. Climate advocates, well, they just wouldn’t approve. They point out that red meat is generally about 150 per cent more greenhouse gas intensive than chicken or fish.

But the fact is Canadians like eating cows and, for some, the younger the beast the tastier the dish. Each year more than three million cattle are slaughtered in Canada for food. On average, we each eat 23.3 kilograms of red meat a year, according to 2008 figures from Statistics Canada. About 70 per cent more red meat makes it into our stomachs than poultry, though the numbers are gradually shifting to chicken and turkey.

Delft Blue certainly doesn’t consider its veal a sin food, but the company has taken several steps to reduce the environmental impacts and improve the ethical image of its operations. It turns cow manure into clean electricity that is sold into the Ontario grid. It captures waste heat from that process to heat water and keep its barns warm in the winter, significantly offsetting its natural gas use. LED lighting strips also keep the barn stalls bright and welcoming for their temporary guests.

“We’re constantly trying new things, and I’m always looking to make the whole farm operate more efficiently,” says Aron Hamm, who oversees operation of Delft Blue’s 500-kilowatt on-farm biogas system. “The heat costs on the farm are just astronomical, so we can offset that significantly. With this system, we’re looking at a payback of 5.5 years on our investment.”

It all starts in the stalls. When the cows poop, the manure falls through slats in the floor grates and is carried by gravity through a series of pipes to a central collection point. The manure is then pumped into a large holding tank—the anaerobic digester—and mixed with a combination of pre-pasteurized fats, oils and greases (FOGs) delivered every two days from local sources, and some dry materials such as crop residue and grass.

Once in the digester, the mixture is heated to 38 degrees Celcius and stored for 30 days while special microbes convert the organic material into methane gas. The gas is captured, cleaned up and burned in onsite generators that inject power into the Ontario grid. Waste heat is captured and repurposed. The digester byproduct, a nutrient-rich liquid fertilizer, can be sold to other farms.

“It’s basically a big giant stomach being optimized to fart 24/7,” says Dan Jones, co-owner of European Power Systems, the company that oversaw construction of the system. The entire operation is automated, and specially designed software allows Hamm to monitor and adjust each step of the process from a small control room—and from his iPhone, if necessary.

Jones says the system isn’t just helping Delft Blue offset its costs; it’s also giving the company an edge over competitors by allowing it to market its veal as a low-carbon product.

It’s the kind of branding that Loblaws and Walmart, both customers of Delft Blue, find attractive, adds Hamm. “The digester story is one of the reasons they wanted to go with us.”

Less clear is whether a greener veal product should be labelled as such on store shelves, and whether such a label will do anything to influence consumer purchasing decisions in the low-carbon direction.

There are plenty of so-called green products on the market, from natural phosphate-free dish soaps to bleach-free coffee filters, but specifically promoting the low-carbon nature of retail products in Canada is largely untested.

South of the border, and in the absence of serious climate policy, there has been some talk of introducing carbon labelling to products as a way of nudging consumer and corporate purchasing behaviour. A bottom-up approach, some researchers say, may be more effective in the short term than waiting for political leadership.

“A private carbon-labelling program for consumer products could help fill the policy gap by influencing both corporate supply chains and consumer behaviour,” writes Michael Vandenbergh, co-author of a recent commentary in the journal Nature Climate Change. “A substantial segment of the population in many countries is motivated by climate concerns, and their preference for low-carbon products is a resource to draw on in the absence of international and national government action.”

For Vandenbergh, a professor of environmental law at Vanderbilt University in Nashville, it’s about improving a consumer’s ability to make the right choices. He points to the success of nutritional labelling, which has shown to influence product selection and consumption. “Back-of-package labels required by the U.S. Nutrition Labelling and Education Act of 1990 are correlated with healthier eating habits among those who report using them,” he writes, adding that there is also evidence that non-nutritional labelling has worked. For example, research shows that consumers have modified their purchasing behaviour when tuna cans carry “dolphin-safe” labels.

Would it work with carbon? “It’s a really interesting question,” says Andrew Pelletier, vice-president of sustainability at Walmart Canada. “So far, we’re not really seeing a big movement from people going out and spending more on products that are sustainable.” According to Pelletier, customers are telling Walmart they want sustainable products—just not at a premium.

It comes down to making all products more transparent over time so customers can make educated choices, says Pelletier. How is a particular item made? How much energy was used to manufacture it? How much water was consumed?

Pelletier says one of the company’s boldest, multi-year projects is development of a sustainable product index. “The index will give customers a lens into all the products they purchase from us. It will be a simple rating system for customers across all categories or products,” he says. “Carbon will probably end up being a piece of that index.”

In Europe, some companies are choosing to focus strictly on carbon. U.K. grocery giant Tesco is the leader in this regard, having already put carbon labels on more than 500 products—from milk to toilet paper—as part of a long-term plan to label all in-store merchandise. Tesco conducted a survey that found that 60 per cent of its customers would actively seek out a product with a low-carbon footprint if doing so is convenient and if the product doesn’t cost more.

In Sweden, the government has been pushing the concept of carbon labelling for retail products since 2008. It created voluntary guidelines for industry that are now being studied by several European Union countries. Without a doubt, the most popular label so far in Europe comes through a non-profit outfit called Carbon Trust. So far, the U.K.-based organization has signed up 90 brands covering 5,000 different products.

The approach has its skeptics. Mike Berners-Lee, a U.K.-based expert on carbon footprinting and author of the new book How Bad Are Bananas? The Carbon Footprint of Everything, isn’t convinced that consumers will be swayed because a Tesco label says a litre of milk has a carbon footprint of 800 grams.

“Carbon numbers on food labels really don’t work,” says Berners-Lee. “Over 95 per cent of consumers have no idea whatever as to what an 800-gram footprint means—they have no sense of scale.” Also, the methodology used to pinpoint that number is complex, resource intensive and not necessarily accurate.

Forget numbers, adds Berners-Lee. It’s better to have a basic system of a few labels that can be slapped on products and describe in simple terms the climate-friendly characteristics of the supply chain behind it, he says.

In Canada, some companies are flirting with this simpler approach. This summer, Kraft Canada will begin printing the logo of green energy retailer Bullfrog Power on packages of Dad’s oatmeal cookies, which will be made using renewable electricity and green natural gas services purchased from Bullfrog.

“To my knowledge it will certainly be the first large brand of cookie in Canada that will be carbon-neutral,” says Dino Bianco, president of Kraft Canada. “It will cover 15 million packages a year, so it will be quite a substantial impression in the marketplace.”

But should individual companies, let alone individual countries, be marketing their own low-carbon labels—especially, as in the case with Bullfrog, when they double as a corporate brand? Is there a risk that too many labels will enter the market and consumers will become confused or disinterested?

Vandenbergh mentions the need for a single label overseen by an organization with global reach. He notes that the International Organization for Standardization is developing ISO 14067, a carbon-labelling standard for products, which is expected to be completed sometime this year.

Heintzman isn’t willing to sit around and wait for an international standard to make its way into Canada. “One of the difficulties of carbon labelling is complexity and standards and getting everybody to agree,” he says. “Rather than weighing into a long, multiyear debate on such a thing, we and our customers are just plunging in and doing it. We hope that in five years there will be a lot more of our green frogs on the things you buy.”

Delft Blue, meanwhile, is taking a low-carbon approach not just to impress its corporate customers, but also because it makes good business sense. It doesn’t need a label to do that, nor would one offer any obvious benefits.

Besides, there’s something particularly unappetizing about the marketing of “green” veal, or any other red meat for that matter.

The option is there if large buyers such as Walmart decide to take the low-carbon message directly to consumers. Beyond the simple idea of leaping frogs, however, carbon labelling in Canada just doesn’t seem to have much traction.