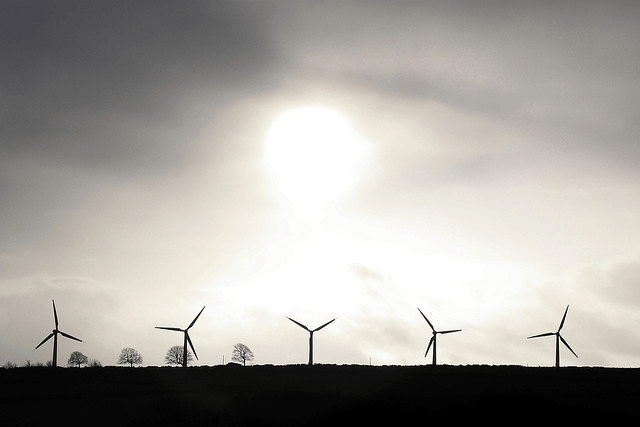 Thud! That’s the sound the next assessment report from the Intergovernmental Panel on Climate Change will make when it starts to land on the desks of bureaucrats in 2013. This, like previous ones, will be a massive document, and quite intimidating for those expected to act on it. The previous assessment was roughly 3,000 pages.

Andrew Weaver, a professor at the University of Victoria and generally recognized as Canada’s top climate scientist, worries about the approach.
We know climate change is bad, getting worse and expected to get downright nasty. We also know what kind of broad strokes we need to make and the tough decisions that lie ahead. It’s time, he recently told me, to get focused.

“The problem is so big, people don’t know where to begin,” said Weaver. “So this has to be tackled in little pieces. We need to see international efforts moving to deal with specific issues.”

In other words, stop operating with hammers and start using more scalpels.

I would argue this approach is just as relevant on a national level. It’s often said we shouldn’t sweat the small stuff, but perhaps the best way to move forward on the climate-change file in Canada is to identify a lot of smaller opportunities, set achievable targets, and deal with them with a healthy and creative balance of government and private-sector support.

In 2009, the federal Conservative government announced its $1 billion Clean Energy Fund as a major pillar of its commitment to tackling climate change. The money, dispersed over five years, had no particular focus—research, development and demonstration projects of all kinds could apply.

“Canada has no plan,” Weaver lamented.

This got me thinking about Canada’s off-grid north. Years ago, I wrote about the potential of getting our most remote communities off diesel fuel and onto a combination of wind and energy storage, such as hydrogen or flow batteries. Sure, there was some talk and the odd pilot project, but nothing ever came of it.

Why is that exactly? Tackling diesel use in the north would seem like low-hanging fruit. As oil prices increase, diesel prices increase. On top of that, the 150 or so remote communities in Canada dependent on diesel generation pay a huge premium—actually, Canadian taxpayers ultimately pay the bulk of it—because their fuel has to be flown in.

This excludes externalities such as 24-hour noise, fumes and pollution. Soot or “black carbon” from diesel generators, for example, is a known contributor to climate change because when it lands on snow it can reduce the albedo effect (the surface’s ability to reflect sunlight).

“A wind-hydrogen combination can deliver at a lower cost [than diesel generation] while eliminating damaging emissions,” saus Rivard, adding that a lot of thought has gone into analyzing the issue. “But no one is moving forward yet in a significant way.”

To his frustration, Tim Weis has come to a similar conclusion. Weis, director of renewable energy and efficiency policy at the Pembina Institute, a Calgary-based energy and environmental think tank, did his PhD thesis on this very issue and over the years has watched Canada squander what leadership it had. Australia and Alaska now lead in research and deployment. “We’re basically playing catch-up,” says Weis.

The first project of this kind in Canada began in 1978. Since then, there have been 10 or so similar pilot projects, mostly in the Northwest Territories, Nunavut and Ontario. They didn’t include storage; rather, they focused on using wind to offset diesel use. Many have been abandoned, though one wind-diesel project in Ramea, Newfoundland, does stand out as a success story. In fact, hydrogen storage has since been added to further reduce the community’s reliance on diesel.

But even with rising fuel prices and falling technology costs, particularly around storage, the concept hasn’t taken off. One big problem, as Weis sees it, is that there’s no vision, no strategy around deployment.

Building a wind-diesel system—never mind replacing diesel altogether with wind and energy storage—is only half the battle in a remote community. The other half is keeping it properly maintained, and this means having skilled workers on hand or nearby to do it. In communities with small populations, that’s a major challenge—and a risk that prevent projects from getting off the ground.

What’s needed is a coordinated plan, says Weis, one based on a “hub and spoke” model that targets several of the larger, more populated remote communities first (1,000 people or more), after which built-up expertise can be shared with smaller neighbouring communities (a few hundred to a few dozen people) in a regional cluster.

“That’s what we’ve been pushing in Tuktoyaktuk,” adds Weis, pointing out that the approach has been successful in Alaska. “The government there [in the Northwest Territories] is totally committed to it, but can’t get matching funding from Ottawa to get it going.”

A few years ago the Canadian Wind Energy Association proposed that the federal government set aside $63 million in capital grants that would support the deployment of 20 wind-diesel projects in remote communities and six projects in northern industrial facilities, such as mining operations.

The association estimated these projects would save $500 million in diesel fuel costs and, from a carbon emissions perspective, would take the equivalent of 26,000 cars off the road. It would build up expertise, create a track record for Canadian technology and lead to export opportunities down the road.

I would go further. Ottawa should identify 50 projects, add storage to the mix and plan deployment around a “hub and spoke” model that would nurture the creation of several regional clusters.

The feds should also target dates for completion and, at potentially no cost to taxpayers, it should craft a loan guarantee program that would help these small communities get access to affordable capital.

We have to stop dithering. This can be done, and it doesn’t have to come at huge cost. In fact, if done right it will save taxpayer dollars spent on diesel fuel, create jobs and effectively address one of the “little pieces” that are part of Canada’s greenhouse-gas puzzle.