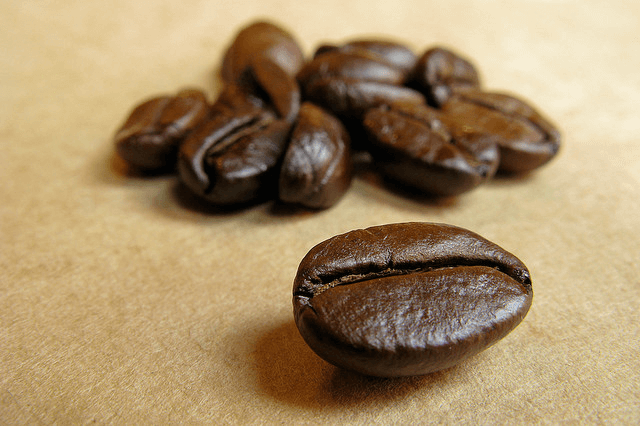 Beans from the Malabar region of India. Image by Pen Waggener

It’s an obvious risk to the planet. But as companies around the world, and their accountants, are slowly coming to realize, the loss of natural capital is also a risk to the bottom line. And nothing spurs a company into action more quickly than a threat to its profits.

Take the saga of global food giant Nestle. Three years ago, Greenpeace launched a major campaign against the company – taking to the streets, and to Facebook and YouTube, to accuse it of chopping down forests in pursuit of cheap palm oil.

The company initially went on the attack, blaming its suppliers and what it called a political decision to use palm oil as biofuel. But less than two months after the campaign began, Nestle capitulated – promising to demand that its suppliers move towards using palm oil that is 100 per cent certified as sustainably produced, a goal it expects to achieve this year, and to report on its progress.

Strictly speaking, the Nestle campaign had nothing to do with accounting. But it was all about the company’s financial well-being. The certified palm oil the company is now buying is a bit more expensive. But for a consumer company like Nestle, the potential costs of sustained consumer outrage far outweigh the savings from buying the cheaper, uncertified ingredient.

Over the past few decades, environmental NGOs like Greenpeace, the Carbon Disclosure Project (CDP) and many others have developed sophisticated techniques for hitting companies where it hurts – in their sales, or their stock price, or both. As a result, the accounting industry and companies themselves are beginning to look seriously at how to track and account for the natural capital on which their businesses depend. The movement is in its early stages; though there is a lot of action, there’s even more bewilderment and absolutely no consensus.

But there’s been a big shift, says Stephanie Hime, lead specialist in natural capital at KPMG. “I’ve been in this field a long time,” she says. “And when I used to say what I did, people would go ‘well, OK,’ and that was the end of the conversation. Now they actively try to find me to talk about it.”

The shift can also be seen in a slew of reports, guidelines and voluntary standards for natural capital reporting and accounting from such varied organizations as the World Business Council for Sustainable Development, the CDP’s Water Disclosure Project and the International Finance Corporation. A few governments have even gotten into the act: Denmark requires large companies to report on their responsibility to society, and France requires listed companies to report on a long list of environmental impacts.

But so far, there’s absolutely no agreement on even the broadest outline of what natural capital accounting might look like in practice. And while some companies are doing a stellar job of tracking the issue, most are lagging. A recent study by the Association of Chartered Certified Accountants (ACCA), Fauna & Flora International and KPMG (of which Hime was an author) found that, although 50 per cent of company earnings (roughly 11 per cent of global GDP) could be at risk from environmental externalities, less than half the association’s members were reporting on the issue.

One of the big obstacles is the short-term nature of corporate accounting. Natural capital risks are long term, Hime points out, whereas most companies look out no farther than the next five to 10 years. In addition, while carbon is carbon wherever it is, environments are as different as the companies that use them, making it hard to come up with standardized requirements. Then there’s the whole question of materiality. Companies are required to report on risks only if investors need the information to make informed decisions about the company. But materiality has traditionally been gauged exclusively in financial terms.

That can make it hard to bring natural capital into the mix, says Rachel Jackson, head of sustainability at ACCA and another report author, because natural capital issues that are environmentally significant may not be financially significant. An obvious and oft-suggested solution is to put a financial value on the natural capital a company uses, either voluntarily, as Puma has done (see page 46), or through taxation or regulation. If, for instance, developers had to include natural capital in the cost of a project, says John Talberth, a senior economist at the World Resources Institute, “you would see a lot more compact cities.”

But putting a price on natural capital is not only tricky; it could backfire. The whole point of putting a value on natural capital is to persuade companies to use it carefully. “But what happens,” Jackson asks, “if you come up with a value that a lot of big companies consider to be quite cheap?” Look at carbon: Most experts say it will take a price of at least €20 a tonne to force real changes, but in May it was trading in the European Union at less than €3 a tonne.

It’s complications like this that lead many activists to try to force natural capital into companies’ financial considerations not through accounting, but, as Greenpeace did with Nestle, through pressure from consumers and investors. “We think reporting comes before accounting,” says Nigel Topping, chief innovation officer at CDP. And reporting is growing; in 2011, for the first time, more than half the companies in the S&P 500 issued sustainability reports.

As disclosure increases, Topping argues, investors will use that information to assess companies’ assets, liabilities and risk. Their conclusions will quickly – and possibly painfully – show up in companies’ stock prices. But to be really effective, that disclosure needs to include risks that not even all environmentalists have thought about. One biggie that the London-based Carbon Tracker Initiative is looking at: If and when governments really crack down on carbon, the oil and coal companies will be stuck with a whole lot of underground assets that they can no longer sell, driving their valuations into the basement.

“Other mechanisms will kick in long before accounting,” Topping predicts. “The market will take care of that, but the market needs to know who is exposed to risk and how they’re managing it.”