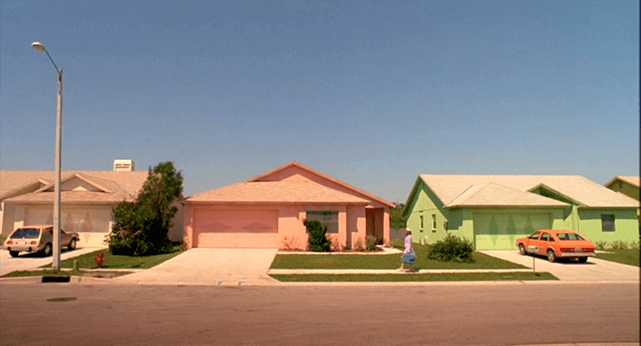 Nobody wants to live in a city that is unsustainable. A truly sustainable city can be defined as one that does not impose excessive environmental damage, that has a healthy fiscal balance and that has a strong enough economy to sustain a healthy population with a good quality of life.

Currently, the vast majority of North American cities are failing on environmental performance. Across the continent we see vast sprawling suburbs that lock in automobile dependency and thus fossil fuel consumption with its climate change and smog emissions.

The health and environmental impacts that result from sprawl are well known. Obesity and high blood pressure, for example, are correlated with sprawl. On average, people in sprawling areas are six pounds heavier. Sprawl is also responsible for the loss of Class 1 farmland. Less discussed but equally alarming are the economic and productivity effects of sprawl. The traffic congestion resulting from sprawl inflates shipping costs and reduces overall economic productivity.

At the same time, local economies are held back by a lack of vigorous and vibrant core business areas. Such areas provide greater choice for workers and firms, raising employment and productivity. Urban density fosters innovation-boosting knowledge spillovers, and allows businesses and households to reap savings from greater sharing of servicing costs. Yet for every such area enjoying these “economies of agglomeration,” there are dozens of hollowed-out “donut” cities with stagnant economies based on suburban discount retail.

Finally, city governments are taking on major financial liabilities with every new subdivision approval. Infrastructure is built out to service new sprawling areas, often using grants from higher orders of government. The financial burden of maintaining and eventually rehabilitating that infrastructure, however, will fall to cities. Those costs will be enormous, and many cities will prove incapable of meeting them.

Not surprisingly, given the costs of sprawl, cities are increasingly establishing goals of reducing further sprawl and building denser urban areas. This can be accomplished with well-designed public policy.

The key to choosing the right policy instruments is to focus on the causes. Suburban sprawl is taking place because prices encourage it. Businesses are setting up outside of cities because the costs are cheaper than in urban areas. Homebuyers continue to “drive until they qualify.”

Yes, zoning regulations and municipal development plans allow for sprawling subdivisions to be built. But they don’t create demand for sprawl. Prices do that.

Of course, prices are not the simple result of producer supply and consumer demand, as markets don’t exist in a vacuum. In the real world, prices and markets are strongly influenced by government policies, taxes and subsidies. The market for new suburban development is no different. It enjoys significant subsidies, while residents and businesses in established areas pick up the bills.

Impact fees (sometimes termed development charges) are intended to recover some of the municipal costs of new developments. However, they are often levied at a flat rate that fails to reflect the higher capital cost of distant subdivisions, let alone their future costs of infrastructure maintenance or renewal. Similarly, water and wastewater utility fees are often set at a flat rate, despite significantly higher pumping costs to and from far-flung suburbs. Public spending on free-to-use roads provides a subsidy to motoring that makes sprawl possible. The failure to charge for using the atmosphere as an emissions dump also artificially reduces the costs of automobile use.

In this context, well-designed policy focuses squarely on prices. The aim is to eliminate the subsidies and turn the prices around until they pull in the direction of a city’s urban density goals. Prices are powerful influences on decisions; with the right pricing, developers will fall over each other to build dense, livable communities, and home buyers will flock to them.

There are a number of ways that municipal and other governments can reduce the subsidies to sprawl. Impact fees and utility fees can be adjusted to reflect the higher costs of infrastructure needed for low-density fringe developments, or to encourage developments that reduce automobile trips – as Portland, Oregon, has done.

Property tax rates can be adjusted to reduce the costs of infill housing and industrial and commercial redevelopment. Spending on new roads can be reduced, with emphasis turning to repair and maintenance of existing roads. Fuel taxes in North America – currently a fraction of those in the rest of the developed world – can be raised to more competitive levels. Annual road user fees can be established; Austin, Texas, for example, provides an exemption for people who don’t drive.

The new revenues generated from using such pricing instruments can bolster municipal fiscal health. They can be used to provide improved transit services as well as social programs to support lower income people. At the same time, the greater density they bring about will help firms take advantage of economies of agglomeration – the knowledge spillovers that boost economic growth.

With well-designed pricing policies, cities can secure and improve existing levels of environmental, fiscal and economic performance while also generating a social return. Will it be easy? Nothing worth striving for has ever been easy. But the rewards are large and well worth the effort. Getting the prices right will unleash a wave of creativity that puts those rewards within reach.