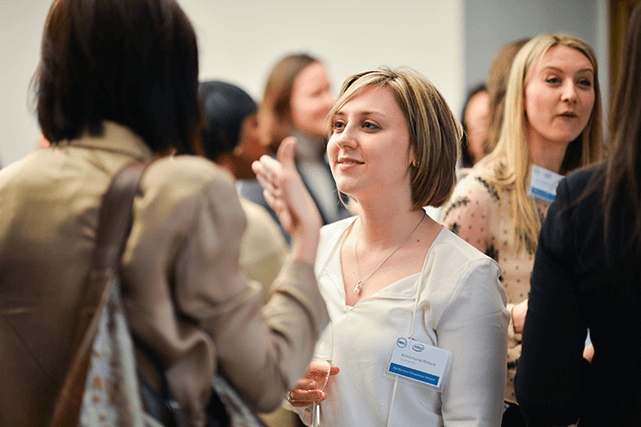 According to Catalyst’s 2012 Census of Fortune 500 companies, only 16.6 per cent of board seats were filled that year by women, while only 3.8 per cent of chief executives were female. Catalyst also found that women held 14.3 per cent of executive officer positions – the same percentage for three consecutive years.

It’s not what one would call healthy diversity, but there is reason to believe the demand for women directors is growing as CEOs around the world are increasingly threatened with gender quotas. While quotas are not an issue in the United States, business leaders are increasingly feeling pressure from women rights advocates, consumers and investors who seek greater board diversity.

In the recent book Leaning In, author Sheryl Sandberg draws upon her personal experience to offer reasons why even highly educated women tend to lag behind, while their male peers reach positions of economic leadership and power.

The unyielding problem, Sandberg argues, is that women hold themselves back; they are locked into social or behavioural norms, and locked out of the DNA of most businesses. Tackling these barriers requires leadership by example. As chief operating officer of Facebook, Sandberg’s views triggered a national conversation, and for many were considered quite controversial.

The irony was not lost upon the New York Times as it described Facebook’s forced appointment of Sandberg to its male-only board in June 2012. It came after women advocates used Facebook’s social media tools to stage protests at the company’s headquarters, launch a user petition, threaten to boycott the social networking site, and crash Sandberg’s Harvard Business School’s commencement speech. Investors joined the movement as well.

The Facebook firestorm follows years of engagement by institutional investors who have worked behind the scenes to get companies to make boards more diverse. Some business leaders asked for patience. They agreed that board diversity needed to be addressed, but also pointed to the limited talent pool of qualified candidates as a reason for not rushing. Others said there was a lack of empirical evidence proving the economic value of board diversity. They preferred to wait.

In so doing, many business leaders seemed oblivious to the reputational risks they were exposed to as public opinion and investors drew inferences of their positions and a growing number of studies provided empirical evidence that companies with diverse boards outperformed their peers.

With these studies in mind, CalPERS and CalSTRS, two American public pension funds, commissioned the Diverse Director DataSource (3D) initiative, which is owned and operated by GovernanceMetrics International. It is a director database designed as a clearinghouse for corporate director candidates with a more diverse range of backgrounds, perspectives, skills and experience.

In other countries where cultural norms have held women back, legislators have opted for gender quotas. In 2003, Norway led the way by instituting a 40 per cent quota for women within a two-year window. Other European countries such as Spain, France, Italy and Iceland have followed, while Britain and more recently Germany held quotas at bay, after much heated debates.

Corporations in Germany, which has one of the worst records in Europe when it comes to diversity of leadership, are beginning to feel the pressure from politicians, investors and activists.

Deutsche Bank in particular has become a “lightning of criticism” for dragging its feet on leadership diversity, according to a recent Wall Street Journal report. Women represent just 18 per cent of senior management at the German bank, compared to a rate of 42 per cent across the company.

France, by contrast, is the largest market in Europe to have adopted gender quotas that apply to more than 2,000 companies. Boards of all companies, publicly listed or in private hands, with more than 500 employees or €50 million of revenues must have at least 40 per cent women directors.

European CEOs are not alone in feeling the pressure of quotas: Malaysia requires companies to have 30 per cent women in decision-making roles, and the province of Quebec in Canada has also adopted quotas.

While there is debate on the merit of quotas, having them on the table has led CEOs to take the issue more seriously and find ways to narrow the diversity gap.

We are reaching a time when global demand for qualified female directors is resulting in global searches for candidates. French companies, longtime laggards in geographic and gender diversity, are now leading.

American CEOs are aware that international governance trends promoting values shared by American investors and public opinion have crossed the Atlantic. It was not so long ago that the European practice of “say on pay” regarding executive compensation became the most hotly contested and widely covered business issue.

Other initiatives that widen director search, identify skill sets and promote globally diverse director networks will add to the supply pool of exceptional diverse board candidates. Business leaders will tap that pool as global demand for diversity balloons.

American CEOs should not drag their feet too much if they want to build diverse boards and senior management teams out of the best and brightest candidates. If such people are in short supply now, they’ll been in even shorter supply as this diversity trend gathers momentum.