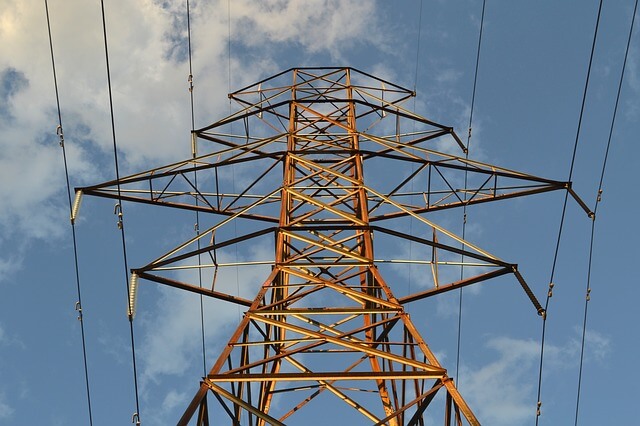 If a Martian were to look down on our great continent today, he (as Men are from Mars) would see a land rich in oil and gas bounty and even richer in fast-flowing water. He would see that the north part (Canada) has most of the clean and fossil energy potential while the south part (the U.S.) consumes 90 per cent of the energy, reflecting an economy and population that is 10 times bigger. If he examined trade patterns, he would see that Canada provides the U.S. with 28 per cent of its oil needs, but only 1 per cent of its electricity needs. If he looked at our national accounts, he might be surprised to see us running provincial and federal deficits in the midst of harvesting the fruits of an asset that took a billion years to forge.

Looking at greenhouse gas emissions, our Martian would note that the epicentre of Canada’s fossil fuel extraction, the oil sands, are responsible for about 50 million tonnes of annual greenhouse gas emissions, or about 1/20th the 2 billion tonnes that U.S. coal-fired electricity plants belch out each year. In the newspapers, he would notice the energy conversation between business, government and civil society is near monopolized by the narrow question of pipeline or no pipeline: how much the economy needs more oil pipelines and how bad this would be for the environment. A pipeline would abet the carbon-intensive oil sands that require loads of natural gas to steam out the oil, even though tapping a tiny fraction of the 11,000 MW of hydro potential lying fallow in northern Alberta could make the in situ oil sands close to a zero-carbon operation.

At this point the Martian might be perplexed. Given that Canada has economic clean electricity assets that far exceed its fossil fuel assets, why are the Canadians selling the Americans 28 times more of their oil needs than electricity needs?

The main part of the answer is that we have a lot more pipelines than power lines, so most of our best clean electricity assets are stranded from their potential customers.

But what if we found a way to make clean and conventional fossil energy work together to the benefit of the economy and the environment?

For example, imagine if Canada’s oil sands were powered by hydro power via the High Voltage Backbone Vision for Alberta that the ATCO Group is calling for. Instead of being among the dirtiest, it would be among the cleanest forms of oil – almost green from an extraction perspective.

Imagine if we devised energy corridors co-locating pipelines and superconductor electricity power lines that can fit in the same existing right-of-way, an idea the Electric Power Research Institute has commended for investigation. We also happen to have companies with prowess in power lines and pipelines, from Enbridge and TransCanada to Brookfield, as well as large pension and insurance funds with an appetite for big infrastructure plays.

Staring us in the face is this major economic opportunity to double energy exports with an enterprising, new clean-conventional energy export strategy that would also help to halve the greenhouse gas emissions from U.S. coal plants. So what is stopping us from building these double-barrelled “superpower” energy corridors?

One barrier is that we haven’t yet addressed the engineering question of how much clean electricity we actually have nationally. And assuming an optimally designed electricity grid, what would be our electricity export potential to U.S. on a province by province dollar basis? A public “Clean Energy Superpower” map undertaken by the National Energy Board depicting Canada’s wind, solar, tidal, pumped storage and geothermal potential would help delineate where to plan national-interest electricity grid corridors and would be catalytic for private sector power producers.

We also have to overcome the idea of electricity exports being some kind of zero-sum game between provinces. The convening power and leadership from the federal government could go a long way to helping Canadian provinces see how little our current slices of the U.S. electricity market are, and the potential for an electricity export pie that is 10 times bigger than today. Instead of fighting over crumbs, a pan-Canadian grid, co-located with pipeline energy corridors, with multiple north-south chutes is a means to enhancing access to U.S. electricity markets.

An abundance of red tape and the high cost of capital are two other factors that have held up the expansion of power lines. The lemonade from the lemon of recent changes to federal environmental regulations is that there is now much less red tape in the way of building major infrastructure projects.

On the capital side, the current Prime Minister has already made a substantial contribution by providing a loan guarantee to Newfoundland’s government to support the construction of the $6.2 billion Lower Churchill hydroelectric project and underwater power cable to Nova Scotia as a gateway to U.S. markets, which will save the province $1 billion in borrowing costs. He said similar financial support will be considered for projects that meet three criteria: be of “national or regional importance, have economic and financial merit and significantly reduce greenhouse gas emissions.”

A map to inspire, a transmission runway cleared of red tape, and a little credit enhancement could help us marry up clean and conventional energy and deliver the prize of economic prosperity for generations to come. Who says oil and water can’t mix?