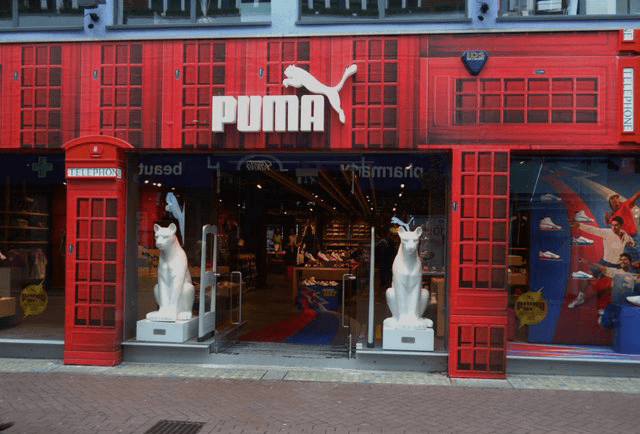 The German sports apparel maker Puma has won wide acclaim over the past two years for a pioneering accounting system that puts a dollars-and-cents value on the environmental impact of its operations.

Yet for all the kudos showered on Puma, few – if any – other global companies have so far followed its lead.

Jochen Zeitz, a director of PPR, Puma’s parent, asserted in an interview with Corporate Knights that “I only get positive remarks…. It’s been overwhelmingly positive.” Zeitz was a driving force behind the environmental profit and loss account – known as EP&L – during 18 years as Puma’s CEO.

But Richard Tipper, chief executive of Ecometrica, a London-based consultancy, noted that many chief financial officers would “hold up their hands in horror” at the thought of an accounting system that adds a sizable liability to their balance sheets. It’s a view that would undoubtedly be shared by their boards of directors, Tipper added.

Such hesitancy raises questions about the quest for a wider natural capital accounting system. Is Puma’s EP&L merely ahead of its time, raising the prospect that others will sooner or later catch up? Or are Zeitz and his colleagues idealists out of touch with the rest of the business world?

Zeitz explained the rationale behind the new accounting system when he introduced it in 2010:

“I wanted to know how much we would need to pay for the services nature provides so that Puma can produce, market and distribute footwear, apparel and accessories made of leather, cotton, rubber or plastic for the long run. I also wanted to know how much compensation we would have to provide if nature was asking to be paid for the impact done through Puma’s manufacturing process and operations.”

The EP&L puts a monetary value on Puma’s greenhouse gas emissions, water use, land use, air pollution and waste. It includes the impact of Puma suppliers around the world. The first EP&L estimated a total cost of €145 million in 2010. An updated version is due to be published later this year.

PPR’s other luxury and sport brands, such as Gucci, Stella McCartney, Bottega Veneta and Alexander McQueen, are also now working on EP&Ls. They plan to publish them in 2016. (The EP&L has no bearing, at least for the time being, on the companies’ traditional financial statements.)

Puma has also set a number of targets to shrink its footprint on the environment, including a 25 per cent cut in carbon emissions, waste and water usage; sourcing all paper and packaging supplies from sustainably managed forests, with a minimum 50 per cent recycled content; and phasing out the use of hazardous chemicals by 2020. It has also committed to more sustainable and humane sourcing of leather supplies.

Mark Anielski, an Alberta-based consultant who specializes in “well-being” economics, noted that a handful of companies – notably Interface, a Georgia-based maker of commercial carpet tiles – have been even more aggressive than Puma in actually shrinking their ecological footprint.

Interface founder Ray Anderson – often described as “America’s greenest CEO” – adopted a “Mission Zero” policy, committing the company to eliminate any negative impact on the environment by 2020. Shortly before his death in August 2011, Anderson estimated that the company was more than halfway towards that goal.

But Interface and Puma are exceptions.

Zeitz acknowledged other companies’ fear of negative publicity if they disclose the full cost of their environmental impact. Nonetheless, he asserted, some are working quietly behind the scenes to develop environmental accounting systems.

He said more details will emerge with the official launch in a few months of The B Team, an initiative spearheaded by Zeitz and Sir Richard Branson, the flamboyant founder of the U.K.-based Virgin Group. The B Team aims, according to its website, “to make business work better … by shifting the focus from just financial gains towards environmental and social gains as well.”

One of its self-described “Grand Challenges” is to create “a global standard to help businesses account for the environmental impacts of their operations.”

Puma itself recently won support from a panel of 22 outside experts commissioned by the company to review the EP&L. In a report published in December, the group described the initiative as “an innovative and pioneering corporate approach to transparency.”

Despite some shortcomings, such as the system’s complexity, the panel said that Puma’s methodology “clearly applied credible valuation approaches.”

It also cited numerous benefits of an EP&L, and not only for Puma. For example, “by providing greater transparency on the impact of business on society, the EP&L can provide companies with leverage in public policy discussions which can ultimately help shape better-enabled and more sustainable business operating environments in the future.”

As Anielski sees it, business will come under growing pressure to adopt not only EP&Ls but also broader measurements of well-being.

“We’re seeing a whole generation that are now accustomed to seeing sustainability reports, and expecting these kinds of accountability,” he said. “Young people want authenticity.”

Zeitz acknowledged that the approach will be more challenging for small or mid-sized companies because of the amount and detail of data that needs collecting. “You may say that’s too much of an effort and the costs are too high.”

Still, he’s confident that momentum will build as big companies adopt an EP&L system, after which the approach will be simplified and standardized so it can be more easily adopted by small businesses.

“I’m convinced that eventually this will happen,” said Zeitz. “Whether it will be called an EP&L or something else, it doesn’t really matter. It’s the principle of accounting for natural capital and environmental impact which is important.”

Despite his reservations about the EP&L methodology, Tipper said he appreciates Puma’s effort. “This is a good initial start, and I would welcome it if other companies did it.”