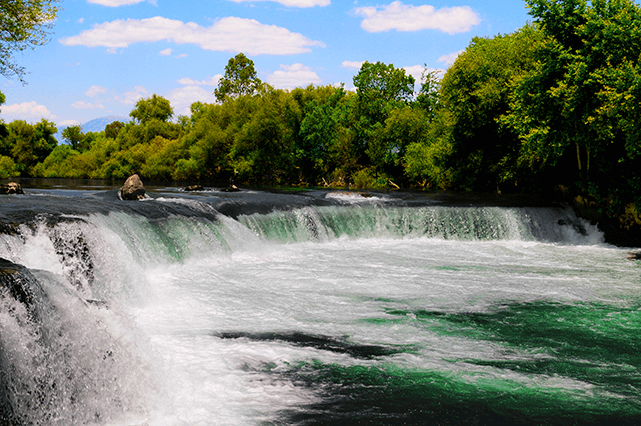 On this we can agree: The relationship between people and the natural world is broken. We fail to value the systems that keep us alive. We treat both natural resources and the biosphere’s capacity to absorb our waste as if they were worth nothing.

The obvious answer is to place a financial value on what used to be called nature, but has now been rebranded natural capital. There are some magnificent examples of how this could, in principle, spare us from perverse decisions. As The Economics of Ecosystems and Biodiversity global initiative points out, if you turn a hectare of mangrove forest into shrimp farms you’ll make $1,220 per year. Leave it standing, and the benefits are worth 10 times that amount.

But the obvious answer isn’t necessarily the right answer. The issue which determines whether or not the living planet is protected is not a number with a dollar sign attached. It’s political will. That’s another way of saying that it’s about power.

Look at the European carbon market. Through the EU Emissions Trading System, it was supposed to have harnessed the magic of the markets to do what politics had failed to do: drastically reduce the consumption of fossil fuels. At the time of writing, the price of carbon is under €3 per tonne, a record low. For all the good that does, it might as well be zero.

Why is it so low? Because carbon-intensive industries lobbied politicians to raise the supply of permits until the mechanism became useless. The market has not solved the problem of power: It has simply given it another name. Whether governments attempt to address climate change the old way (through regulation) or through pricing makes not a jot of difference if they won’t stand up to industrial lobbyists.

In some respects the Emissions Trading System has made the problem worse, for it allows politicians and businesses to wash their hands of responsibility for climate change, arguing that the market will sort it all out. There is not a new airport or coal mine or power station being built in the European Union which has not cited the trading scheme as justification. This useless system has empowered polluting projects which might not otherwise have been approved.

Even if we didn’t have a number to slap on them, we’ve known for centuries that mangrove swamps are of great value for coastal protection and as breeding grounds for fish. But this has not stopped people from bullying and bribing politicians to let them turn these forests into shrimp farms. If a hectare of shrimp farms makes $1,200 for a rich and well-connected man, it can count for far more than the $12,000 per hectare of intact mangrove forest is worth to downtrodden coastal people. Knowing the price does not change this relationship. Again, it’s about power.

Natural capital accounting can exacerbate the underlying problem. By pricing and commodifying the natural world and then taking the obvious next step – establishing a market in “ecosystem services” – accounting has the unintended consequence of turning the biosphere into a subsidiary of the economy. Forests, fish stocks, biodiversity and hydrological cycles become owned, in effect, by the very interests – corporations, landlords, banks – whose excessive power is most threatening to them. In some cases, the costing of nature looks like a prelude to privatization.

Already the traders and speculators are moving in. In the U.K., our Ecosystem Markets Task Force talks of “harnessing City financial expertise to assess the ways that these blended revenue streams and securitizations enhance the return on investment of an environmental bond.” Nature is becoming the plaything of the financial markets. We know how well that tends to work out.

While natural capital accounting empowers the money men, it disempowers the rest of us. That’s one of the reasons why governments like it. Who needs all that messy democratic decision-making, those endless debates about intrinsic value and beauty and wonder, if you’ve already determined that the meaning of life is, say, 42? And who can gainsay the decision to pulp a forest or blast a coral reef, if the value of the destruction turns out to be worth several times 42? Once we have ceded nature to cost-benefit analysis, we can’t complain if we don’t like the results.

After more than a quarter of a century of environmental campaigning I’ve come to see that the only thing that really works is public mobilization: the electorate putting so much pressure on governments that they are obliged to take a stand against powerful interests. It doesn’t matter what weapons governments use to confront these interests: What counts is their willingness to use them. A system which undermines public involvement, boosts the power of the financial markets and reduces love and passion and delight to a column of figures is unlikely to enhance the protection of the natural world.