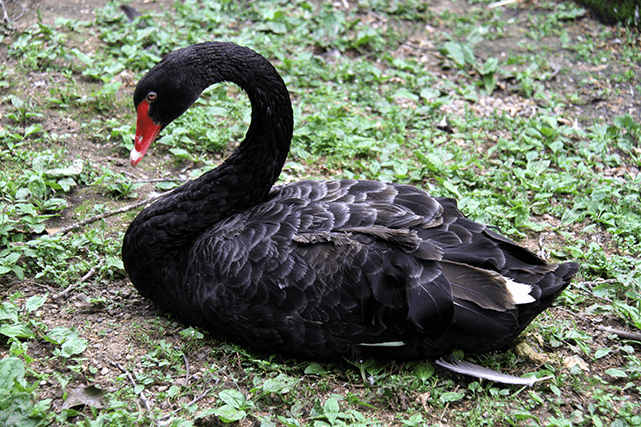 David Keith is a Harvard physics professor, geo-engineering entrepreneur and trusted advisor to Bill Gates. Michael Liebreich is chief executive of Bloomberg New Energy Finance and an influential voice in international climate policy circles. The two experts connected with Corporate Knights to tackle the trillion-dollar question: When will fossil fuels cease to dominate our energy mix?

Even the most hard-nosed and sceptical oil executive about the future of fossil fuels and he (sadly, it’s usually a “he”) will admit the world can’t run on oil, natural gas and coal forever and that the transition to something more sustainable is inevitable.

“I would guess fossil fuels will be at less than 50 per cent by 2050,” said David Keith, a physics professor at Harvard University’s School of Engineering and Applied Sciences.

“I’d say 50 to 60 per cent fossil fuels by 2050,” said Michael Liebreich, chief executive of Bloomberg New Energy Finance and a member of the United Nations’ Advisory Group on Energy and Climate Change.

And so began a wide-ranging discussion, orchestrated by Corporate Knights, between two of the brightest minds on the topics of energy and climate. Specifically, we asked Keith and Liebreich to give us their best educated guesses to the double-barreled question: When will fossil fuels cease to dominate, and what is the path that will get us there? The International Energy Agency expects that by 2035 fossil fuels will still represent 75 per cent of global primary energy consumption, down only six percentage points from where they are today. That’s based on a scenario in which recent government policy commitments are implemented in a “cautious” manner. Even so, it will require a global investment of $38 trillion in energy-supply infrastructure over the next 25 years.

It’s a modest goal that, for some, may still be too ambitious. After all, the agency expects surging global demand for coal over the next five years to quench the thirst for energy in non-developed countries, particularly China. At the same time, recent climate talks in Durban, South Africa, while being trumpeted as progress from some corners, achieved little more than further delay.

But much can change over 25 years, and certainly by 2050 the world could be a very different place. Subsidies from fossil fuels could be phased out rapidly. Carbon pricing schemes, such as the carbon tax being introduced in Australia, could begin to proliferate.

Capital markets could also become more creative in financing renewable-energy deployment, and the world’s largest corporations could move aggressively to embrace resource efficiency as a means to greater global competitiveness. Of course, there could even be breakthroughs in technology – so-called black swans – that set us on a new course and bust through systemic bottlenecks.

Liebreich, who last year produced a short video on the transition to a low-carbon economy called “First they ignore you,” isn’t one to wait for black swans to save the day. He’s of the view that we can make – and are making – significant progress deploying the technologies we have today, starting with a massive push for energy efficiency in buildings, transportation and industry.

“I’m pretty bullish on what we’re achieving,” Liebreich told Keith. “In peacetime, what we’re experiencing is about as fast a shift as you can get, so I’m more optimistic than pessimistic.”

Solar PV technology, for example, is already close to grid parity with conventional sources of power generation, including coal-fired power, in some regions of the world. It’s a claim recently backed up by peer-reviewed analysis out of Queen’s University in Kingston, Ontario.

Meanwhile, installation of solar PV systems is expected to nearly double to 32.6 gigawatts by 2013 from 18.6 gigawatts in 2010, according to Bloomberg New Energy Finance. Manufacturing capacity worldwide has quadrupled since 2008.

The way Liebreich sees it, deployment of clean energy will begin to significantly accelerate by 2030, to the point where the electricity mix will be 50 per cent renewable by 2050. He admits, however, that fossil fuels will still dominate transportation at that time.

What will get us there? A combination of everything and anything, he says, including geothermal power, mini-hydro, energy from biomass, and widespread deployment of wind and solar.

But technology is only part of the answer, he added. The point will soon come where we’ll have to start adding up the carbon contents of assets that sit on the balance sheets of the world’s corporations. There are enormous “sub-prime fossil assets” that one day will be worth nothing, and eventually the private sector, including the big pension funds, will wake up to the reality, said Liebreich. “A lot of these externalities not currently priced will over time come into the picture.”

He also held out hope that the global citizenry will become more engaged in the issue of climate change, a “game changer” that, even if it didn’t materialize for a decade or two, could significantly shift the balance away from fossil fuels and toward clean energy – the same way smoking went from cool to uncool. “This problem we have will get solved,” Liebreich insisted. “We are on track.”

Keith, despite predicting fossil fuels would contribute less than half of the world’s primary energy by 2050 – more ambitious than Liebreich’s guesstimate – wasn’t as bullish or confident on how it would all unfold. Indeed, one caveat for his prediction, what he called “the big variable,” is that governments, the public and the private sector had to get truly serious about climate policy.

Generally agreeing with Liebreich that we have many tools at our disposal today to start fixing the problem, Keith argued that we need to be more discriminating with which technologies get supported. Those that offer the best balance of low cost and high impact should get the most attention, and even then, their limitations have to be recognized, he said.

“It’s important to be realistic about how well things scale,” said Keith, demonstrating the kind of healthy scepticism and pragmatism that has endeared him to multibillionaire Bill Gates, who for the past few years has counted on the Harvard professor as one of his trusted energy advisors.

For example, Keith supports the use of wind power, “but only until it bumps up against its environmental limits.” One concern is that too much harnessed wind power could potentially alter our local and global climate in unexpected ways by changing wind patterns and the amount of moisture and heat transported by winds.

Keith also has a less favourable view of technologies that have a large land footprint. “Wind power uses a lot of land by many measures,” he said, adding that geothermal, mini-hydro and biomass energy also have a massive physical footprint when one considers the thousands of terawatt-hours that are needed. On the other hand, Keith singled out solar and nuclear technologies as most capable of scaling to the levels required for a meaningful global impact.

What gives him optimism? Like Liebreich, Keith is convinced there will come a time when humanity demands the kind of changes that are needed, at which point the transition will move much faster – a kind of Arab Spring for climate action. He also points to the Chinese and their competitive embrace of clean energy as a potential agent for global change. “Something is happening there that gives hope,” he said.

Just in case, Keith is also open to geo-engineering as a last-ditch effort to salvage a liveable climate. He has even founded his own company, Calgary-based Carbon Engineering, to work on an industrial-scale technology that could one day capture carbon dioxide from the ambient air. Gates is one of its angel investors.

And we may have to resort to such efforts. Both Keith and Liebreich agreed that no matter what we do going forward, the amount of carbon dioxide in the atmosphere will go past 500 parts per millions (ppm). Today, we are at about 390 ppm, and it’s generally accepted that at 450 ppm, average global temperatures will increase by 2 degrees C. At 500 ppm, it jumps by 4 degrees C. Remarked Liebreich: “Will there be damage? Of course there will be.”

Both men also strongly agreed that the UN-led climate talks that have dragged on for 16 years are doing more harm than good. Better to take a more focused approach, with the world’s top emitters hammering out their own emissions-reduction treaties while carrying on separate negotiations aimed at helping poor nations adapt.

“The idea that we’re going to get a solution through the UNFCCC (UN Framework Convention on Climate Change) process is a joke,” said Keith. “The sooner it collapses the better.”