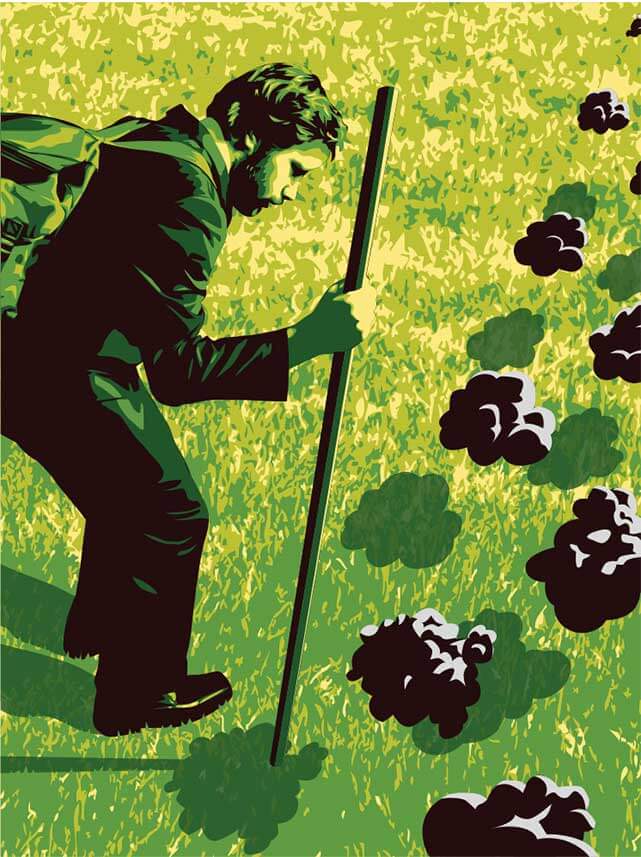 Almost by accident, Roger Gagne became an advocate for a carbon tax in Canada.

Several months ago the Alberta native began writing dozens of companies in his mutual funds to gauge their support for a national carbon tax. Gagne, who for a decade has worked in Calgary’s largest homeless shelter, was spurred to act because of dissatisfaction with the low standards his “ethical” funds had for environmental stewardship. “It is like setting a speed limit of 350 miles per hour and then congratulating yourself that everyone meets that limit.”

From the start, the 46-year-old has been surprised by the level of support in corporate Canada for a carbon tax – or some other structure to price carbon emissions. His initial flurry of eight letters to the largest companies in his ethical fund yielded three replies. Two of the companies were supportive of some sort of carbon pricing mechanism, while another stated it had no opinion on the subject.

One of those early responses came from the Royal Bank of Canada’s director of corporate environmental affairs, who wrote that the country’s largest bank had been following the issue for a decade. “We support a price on carbon,” the bank said. “But we are publicly agnostic with regard to whether the best design is through a cap-and-trade system versus a carbon tax.”

The bank’s response motivated Gagne to push on with his letter-writing campaign. To date, he has snail-mailed and emailed a total of 185 companies, with 44 replies received so far. He estimates that one-third of respondents have given non-committal answers, saying only that they are monitoring the issue. The rest have been, to his surprise, supportive of carbon pricing.

Surprises came from the likes of oil sands company Cenovus Energy, whose head of corporate responsibility wrote back: “We support the need to establish a price on carbon. We believe that GHG regulations, and the cost of carbon at various price levels, can be adequately accounted for as part of business planning.”

The vice-president of policy development with the Canadian Electricity Association signalled that it has switched from earlier opposition to carbon pricing, stating: “I would agree that the lack of a predictable and national price on carbon, whatever the mechanism, complicates our ability to meet GHG reduction targets.”

Finally, oil and gas company Nexen responded, saying: “We have long advocated for a national transparent carbon tax on all emissions with the proceeds to be used for energy efficiency R&D, renewable, research and energy saving infrastructure.”

Gagne was further encouraged after learning of a larger, more formal effort to measure corporate support for carbon pricing done by green-economy think tank Sustainable Prosperity. The Ottawa-based group conducted a two-year study into business preferences for climate change policy instruments among 13 associations and 17 large companies. It found that corporate Canada “overwhelmingly supports a price on carbon” and has, in fact, been supportive since 2006.

“The bottom line is there was a high level of buy-in,” said Alex Wood, senior director of policy and markets with Sustainable Prosperity. “They were basically split over preference for a tax versus a cap-and-trade system.” Wood noted that a carbon tax represents the speediest option for putting a price on carbon. “It’s quick to implement, and simple to implement,” he said. “To the degree that governments usually have existing infrastructure for collecting taxes, it doesn’t create new demands in terms of the public systems around it.”

The enduring argument against a carbon tax – that a commodity-based economy such as Canada’s would have a difficult time implementing such a pricing scheme – took a hit last year when Australia adopted its own national carbon tax. Scheduled to take effect in mid-2012, the Australian measure sets a price of A$23 a tonne for the Top 500 polluters. After 2015, the tax transitions into a cap-and-trade system for emissions permits. Although Australia pumps out only 1.5% of global CO2 emissions, it has the highest emissions per capita because of its reliance on coal-generated electricity.

British Columbia implemented Canada’s (and North America’s) first carbon tax in the summer of 2008 when it began charging $10 per tonne of carbon dioxide-equivalent emissions. On a litre of gasoline, this worked out to an additional cost of 2.41 cents. The tax rate was increased gradually, rising to $25 per tonne of CO2-equivalent emissions on July 2011. It will jump to $30 per tonne in 2012.

“Why should Canada not lead?” asks Gagne, countering suggestions that the country should wait to see what the U.S does. He’s convinced that if Canada created a national carbon tax or cap-and-trade program, the United States would be more inclined to follow. The fact that a major coal producer and exporter like Australia took the leap only lends weight to that argument.

And as Gagne found, many Canadian businesses see it as inevitable and want certainty on the matter.