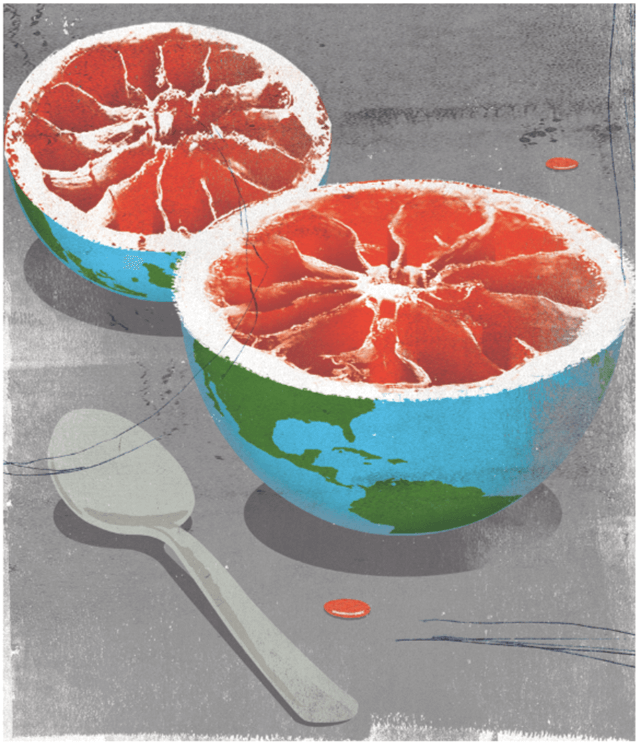 There are two narrative arcs in William Marsden’s recent book, Fools Rule: Inside the Failed Politics of Climate Change. In one, we follow the investigative reporter for the Montreal Gazette from the Copenhagen climate talks to those in Cancun. In the other, we follow him around the Arctic.

Let’s tackle the first. Marsden explains why the 2009 Copenhagen conference failed, and why the 2010 conference in Cancun did not do much better (the book went to press before more of the same happened in Durban). He tries to make the politics of these conferences interesting, with secret drafts and forgeries of treaties flying around the back rooms. But in the end, all of these conferences fail to deal with the main issue: “the refusal of both industrialized and emerging nations to reduce their emissions significantly enough to avoid runaway climate change.” In other words, self-interest trumps climate. Next week’s sale of a barrel of bitumen in Alberta, or container full of junk from China or BMW from Alabama, is more important than the climate change that, in the minds of some, may not be such a terrible thing in the end. There is, after all, a lot of oil and natural gas locked away under that melting Arctic ice!

The chapter where Marsden writes about the opportunity in the Arctic is one of the most fascinating, because it puts paid to the theory that people are simply thinking short term about climate change. The disturbing truth is they are thinking seriously long term about how climate change impacts the Arctic. As the Russian ambassador says, “The 21st century will see a fight for resources, and Russia should not be defeated in this fight.” Norway is buying 48 fighter bombers and planning to deploy more troops in the Arctic. The United States is drawing up an “Arctic roadmap for the navy” and is building icebreakers. Even China is building icebreakers. A melting ice cap borne of climate change is just another golden opportunity to exploit a natural resource.

Marsden’s two narrative arcs meet in the Far North, where he goes to see and report on the effects of climate change, and where Arctic nations are getting ready to divvy up the spoils. He then takes us to political hot spots in California and Cancun. In California, Marsden demonstrates how big oil, the Koch brothers and other corporate forces tried to stop action on climate change, aided and abetted by their purchased delusional politicians. In Cancun, Marsden tells us how appalled he was that China, Brazil and India got a free pass:

“The agreement (struck in Cancun) gave China, India, Brazil and any other country determined to grow its economy a blank check to spew whatever emissions it deemed necessary for economic growth and poverty eradication. When you consider that the poverty in countries such as India and China is largely of their own making, it is difficult to understand why they would get a free ride. Their poverty is intimately linked to overpopulation and poor governance, for which these countries alone are responsible.”

Those are strong words that many would disagree with, particularly when one considers the kind of governance taking place in western democracies these days.

But most troubling is the last chapter, The Trouble with our Brains, “in which we contemplate the human reluctance to change and how to solve the dilemma of global warming.” After pages on the science and psychology of our brains which lead nowhere, Marsden concludes with the purplest of prose: “Climate change is a revolutionary force poised to roll over our capitalist world with a furious vengeance. It was our slavish devotion to the corporate creed and its contempt for human frailty that created global warming and now the monster mocks us and everything we have come to stand for.”