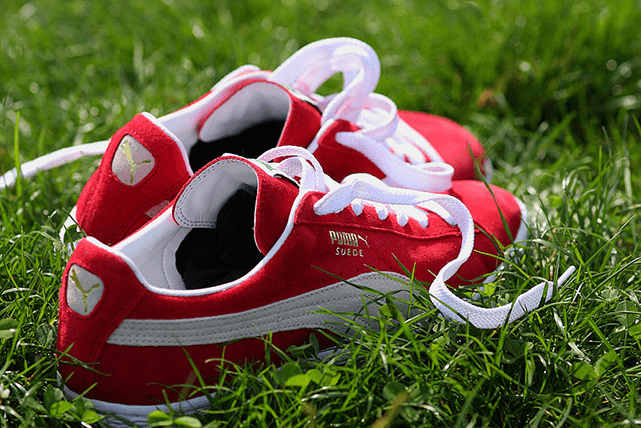 Puma, the German shoe and sportswear company, recently concluded an ambitious project to measure its entire ecological footprint – the first major corporation in the private sector to do so. An environmental profit and loss audit found that Puma was in the red to the tune of $185 million. Working with PricewaterhouseCoopers and Trucost, the company measured the impact of its operations and supply chain by determining a price for its externalities, including carbon pollution, water use, land use and the waste it generated. These calculations were not meant to act as a final arbiter, but rather to instigate a broader discussion about the need for companies to quantify ecosystem services as a fundamental way of doing business.

The effort, led by chairman Jochen Zeitz, is only the company’s first step toward establishing an environmental, social and economic profit and loss statement. The Puma parent company, PPR, which owns other popular brands including Yves Saint Laurent, Gucci and Volcom, has decided to repeat the process throughout the organization. As Zeitz explained to Corporate Knights, “Without incorporating externalities into the normal way of doing accounting it will be difficult to achieve tangible results that make businesses more sustainable.” The more investors are aware of the actual findings, “the more they will ask the question and demand companies to publicize and be transparent about their footprint,” he said. “It’s just a matter of time.”

The shift toward an economic system in which prices fully incorporate social, economic and ecological costs and benefits is the vision of clean capitalism that Corporate Knights has long advocated. Progress has started at a national level, with India working to incorporate the economic costs of environmental degradation, along with several World Bank initiatives, but strong support from the private sector will be necessary for garnering widespread support for true-cost accounting. Puma has taken a risk by demonstrating, with a single easily-understood metric, that the company’s actions have a widespread impact on the environment and society. It is a courageous move that acknowledges the need for broader corporate responsibility in the 21st century.

American Electric Power (AEP)’s year-long campaign of fear-mongering against the toxic emissions updates to the Clean Air Act, finally announced in December by the Environmental Protection Agency (EPA), merit it a Corporate Knights zero. The Ohio-based company, one of the largest electric utilities in the nation, has argued that the regulations will require the closure of 21 plants, the loss of hundreds of jobs, and spiking electricity costs for consumers. EPA administrator Lisa Jackson testified to Congress that these attacks were “misleading at best, scare tactics at worst.”

Along with preventing 17,000 premature deaths and 120,000 asthma attacks each year, according to the American Lung Association, industry leaders believe implementation will not be overly disruptive or costly. The CEOs of six major utilities, including the largest U.S. provider, Exelon, recently wrote in the Wall Street Journal that “contrary to the claims that the EPA’s agenda will have negative economic consequences, our companies’ experience complying with air quality regulations demonstrates that regulations can yield important economic benefits, including job creation, while maintaining reliability.”

Despite its heated rhetoric in public, AEP has sung a different tune behind doors. During a November conference call with investors, CEO Michael Morris spoke positively about the new regulations, stating that “once you put capital money to work, jobs are created…. On balance, we think that (the plant closures)is the appropriate way to go. As you know, those are high-cost plants and dispatch infrequently.” He added how infrequently these plants had been running recently, due to the low cost of natural gas and other factors.

The regulations will principally impact outdated, inefficient and highly-polluting coal plants, which have remained in operation due to loopholes in previous Clean Air Act rules. The 21 plants the AEP is threatening to shut have been in operation for an average of 50 years, including one that was built during World War II. By fighting to preserve the right to pollute the air with mercury, arsenic and other toxics from Truman- and Eisenhower-era assets, the utility has proved that it is willing to defend obsolete assets from regulation in public, while tacitly acknowledging a more favorable position of the toxic air regulations in private.