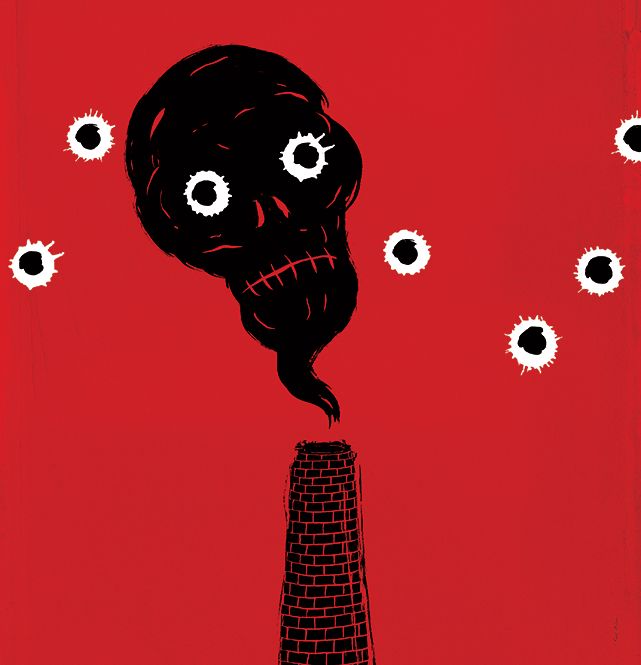 The climate fight hasn’t been easy.

International climate negotiations have proven ineffective. Environmentalists have been out-gunned by big oil and old king coal. Politicians, by and large, have lacked the will and the public support to make the difficult decisions that are needed.

Much of it is a distraction if you ask Jigar Shah, chief executive officer of Washington, D.C.-based Carbon War Room, a not-for-profit organization co-founded and backed financially by U.K. multibillionaire Richard Branson.

In Shah’s mind, one of the most effective ways to make meaningful steps toward a low-carbon economy is to harness the power of greed and use it as a force for social and environmental good. As Branson is fond of saying: saving the world is good business.

“There are only two drivers that I see behind solving climate change,” says Shah, sipping coffee at a hotel cafe in Toronto. “One is a moral driver. The other one is greed.”

The morality play hasn’t worked so well, at least among the world’s largest greenhouse-gas emitters. Both the U.S. Department of Energy and International Energy Agency say global emissions jumped six per cent in 2010 to their highest level on record. There’s no clear sign yet after two decades of international negotiations – including recent talks in Durban, South Africa – when annual emissions will peak, let alone start to fall.

Carbon War Room was founded in 2009 on the belief that the power of markets should be enlisted to effect the kinds of change – and emissions reductions – that have eluded us so far.

Shah, founder and former CEO of solar services pioneer SunEdison, was hired by Branson to lead that charge. Ask him to describe his mission and he’ll tell you there’s no shortage of the entrepreneurial spirit, innovative business models and technologies required to get us to a low-carbon world. What’s lacking are the market-based tools required to level the field, which is currently occupied by powerful high-carbon enemies.

Carbon War Room’s mandate is to fill information gaps, reduce transaction costs and support creative financial products as part of a coordinated effort to achieve gigaton-scale emissions reductions in key market segments – or what it calls “theatres of war” – with the biggest potential to effect change.

“Ultimately, moving capital is the metric by which we will determine whether we’ve been successful or not,” Shah says.

The approach has been effective. One of Shah’s first battles was with the shipping industry, which accounts for more than three per cent of global emissions and has huge potential for fuel-efficiency gains.

Vessel purchasers, charterers and cargo owners haven’t historically taken fuel economy or CO2 output of ships into account, partly because there was a significant dearth of reliable information on which to base decision making.

But with such information, a cargo owner is empowered to seek out higher-efficiency vessels as part of efforts to reduce the carbon footprint of supply chains. This, in turn, will convince more ship owners over time to take vessel efficiency more seriously.

“We filled that gap by publishing the fuel-economy readings of 95 per cent of all the ships in the world on a website,” says Shah, referring to Carbon War Room’s site shippingefficiency.org. Launched a year ago, it rates roughly 60,000 of the world’s existing container ships, tankers, bulk carriers, cargo ships, cruise ships and ferries.

Since the site went live, the International Maritime Organization (IMO) has agreed to adopt a mandatory Energy Efficiency Design Index for the manufacture of new ships. The standard would require a minimum level of energy efficiency in ship design, starting with 10 per cent improvement for ships built between 2015 and 2019, 20 per cent between 2020 and 2024, and 30 per cent for new ships delivered after 2024. It is hoped the regulation will kick into effect January 1, 2013.

The IMO has also agreed to create a program that helps owners improve efficiency and reduce fuel consumption of existing ships. The mandatory and voluntary measures taken together could reduce industry CO2 emissions by 23 per cent by 2030, according to a recent IMO study.

Another theatre of war for Shah and his carbon-fighting army has been buildings, which account for about 20 per cent of global CO2-equivalent emissions. Last September, Carbon War Room revealed that a consortium of engineering, financial and insurance companies it helped bring together had created a $650-million retrofit package for commercial buildings in Miami, Florida, and Sacramento, California.

The consortium – led by Ygrene Energy Fund and including investment bank Barclays Capital, engineering giant Lockheed Martin, and insurers Energi and Hannover Re – is basing its activities on a financing model referred to as property-assessed clean energy, or PACE.

The idea is that all retrofit costs are paid back to Barclays, the lead funder, via an additional charge on property taxes, making it an off-balance-sheet transaction for building owners, which benefit immediately from energy savings. The municipalities, meanwhile, benefit from local job creation.

Carbon War Room’s goal is to see this model replicated around the world to the point where $300 billion is invested by 2020 and one gigaton of CO2-equivalent emission reduction is achieved.

Shah believes a tipping point has already been reached. “We have 65 cities begging us to deploy in their cities right now on three continents,” he says. “At this point, commercial PACE is on a trajectory to make a difference by 2020, and there’s nothing anyone can do to stop it.”

Recently, Carbon War Room has turned its attention to the aviation industry and the promise of renewable jet fuels as a way to lower the carbon footprint of commercial airliners. At the Durban conference, for example, it launched the beta version of the website renewablejetfuels.org. The site allows for an “in-depth scrutiny of renewable jet fuel supply chain companies” based on the collection of 70 key data points.

“Investors, engineers, operators and fuel buyers can use this data to compare suppliers on technical performance, economic viability, carbon footprint and overall sustainability,” according to Carbon War Room.

So far, only about one-third of the suppliers have a credible offering. But it’s expected that within the next five years, some of the top-ranked suppliers will be in a position to displace 10 to 20 per cent of the oil-based jet fuel currently used by a mid-sized airline.

Why focus on jet fuels? “Because there are only 1,700 airports that matter in the world, so the amount of fueling infrastructure you have to upgrade is tiny,” says Shah.

The war will be a long one – that is a certainty – but momentum is slowly shifting in some key fields of battle.

A testament to the power of greed.