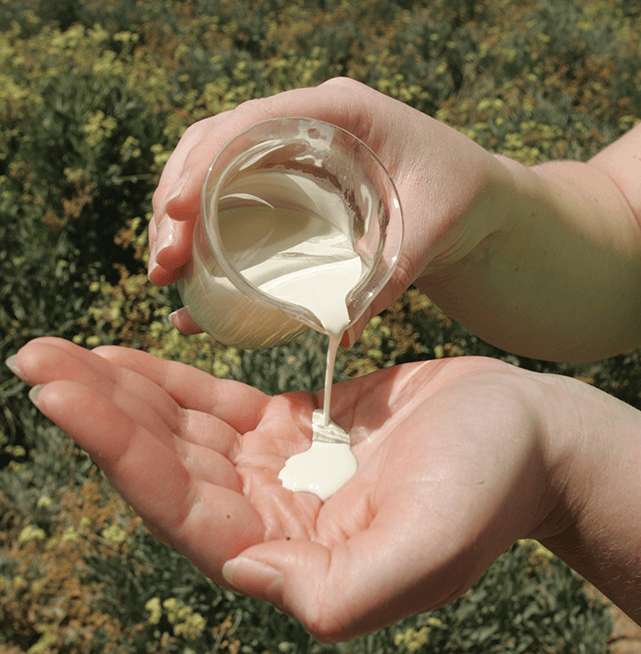 With a name like “natural” rubber, one might think the stretchy, waterproof stuff would have unassailable green cred. After all, humanity has been harvesting rubber for millennia. The ancient Mayans converted the fluid weeping from Hevea brasiliensis into the world’s first sports balls used in ritual games.

Today, with demand exceeding global supply, Hevea is facing a host of new worries. Pressure to boost the yield of natural rubber has inflated the use of harmful pesticides, and disease is a rising worry. More than 90 per cent of natural rubber is grown in a few East Asian countries, leaving growers vulnerable to the sort of catastrophic blight epidemic that had swept away Latin America’s plantations by the 1950s. Rubber trees are also water hogs, making them vulnerable to climate change-induced drought.

Jeffrey Martin, chief executive and co-founder of Yulex, sees the answer to natural rubber’s proliferating problems in a low-growing shrub named guayule – pronounced why-YOU-lee. A native to the arid U.S. southwest, guayule thrives with little water and zero pesticides, and can be made into latex that doesn’t trigger allergies.

In studying the plant, Martin unearthed a cache of research reaching back decades. Guayule, he found, had been temporarily commercialized many times. In the 1910s, during World War II and again in the 1970s and ’80s, industrial and government labs pursued large-scale guayule cultivation as an alternative to Hevea rubber. Each effort collapsed, however, in the face of lower-priced supplies of natural or synthetic rubber.

These mishaps didn’t daunt Martin. He used them to develop a business plan designed to avoid the mistakes of those earlier ventures. So in 2000, Martin started Yulex in Chandler, Arizona, armed with $20,000 in patents and 20 guayule seeds.

Unlike earlier efforts, which targeted the tire market from the get-go, Martin is putting off sales to high-volume, low-cost markets. Instead, he’s lowering costs and scaling production by first selling into high-margin, niche markets and plowing the proceeds into technologies that can help grow capacity. “You can’t just go straight after a commodity market like tires,” says Martin. “You have to sell the benefits of the technology first.”

California-based Patagonia, a manufacturer of performance gear, is among the first to commercialize a product made from guayule rubber. Following a four-year search for alternatives to petrochemical-based neoprene for its wetsuits, Patagonia found a match in guayule.

The company liked that growing and processing guayule had less impact on the environment in terms of water use and chemicals used in processing. Plus, “its performance is great,” says Todd Copeland, environmental product specialist for Patagonia and an avid surfer.

This winter Patagonia planned to release a wet suit made of a 60:40 blend of guayule and conventional neoprene. Yulex is also exploring new product lines including latex mattresses, athletic shoes and yoga mats.

Looking ahead, Martin is focusing on a variety of ways to scale up production and lower costs. Developing a more productive strain of guayule is at the top of this list. To that end, Yulex has teamed up with California-based SGB, an agri-biotech company, to apply advanced crop science methods that will accelerate the natural process of breeding more productive strains of guayule.

Already, compared with data from the 1980s, when the crop was last intensively grown, Yulex has tripled yields. Yield improvements are on track to double again by 2020, says Martin, and will match or better today’s average output of Hevea rubber trees, which can yield about one metric ton of latex per acre.

The company is also looking to dramatically expand the area of guayule being cultivated. Today, farming is limited mostly to Arizona. But given the crop’s suitability to arid regions, it could be grown on every continent, save Antarctica, says Martin.

Fields of Yulex-licensed guayule will sprout next in Southern Europe, thanks to a $270-million deal with Versalis, a global leader in biomaterials and a subsidiary of Italy’s Eni.

Since Yulex’s incorporation, the company has raised $75 million in private equity. Last March, it signed a deal with Italy’s Pirelli Tire to help develop guayule polymers and resins for tire applications. That deal could, in time, pave the way to the very tire market that foiled earlier efforts to commercialize guayule.

In the Yulex boardroom, Martin keeps a souvenir from one of those earlier failed eras: a faded, decades-old tire made from guayule. It serves as a reminder of the huge potential market opportunity if Yulex can get volumes up and pricing down.

Martin is convinced it’s achievable. That at the right price, guayule can win a major share of the $50-billion-plus market for tire rubber now split between Hevea and synthetic rubber.