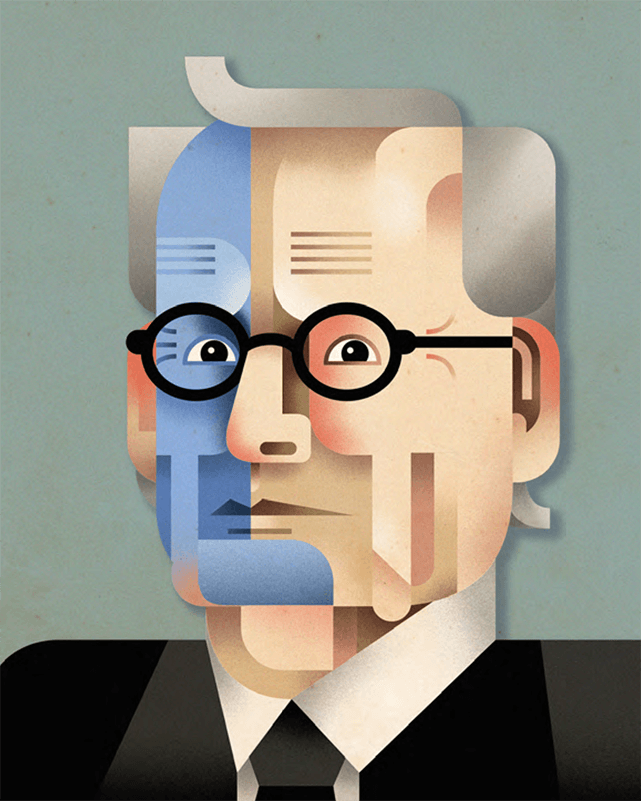 Lord Deben, whose name is John Selwyn Gummer, has showed no signs of slowing down since joining the upper chamber in 2012. He was appointed later that year to serve as chairman of the U.K.’s independent Committee on Climate Change, which is tasked with monitoring Great Britain’s efforts to meet its carbon reduction goals. He continues to chair numerous other organizations such as leading recycling firm Valpak and the NGO, GLOBE International.

Not known for shying away from controversy, as agriculture minister in the 1990s he grabbed headlines after feeding his four-year-old daughter a burger during the height of the mad cow scare. In December, he enraged fracking opponents after endorsing new legislation meant to facilitate natural gas extraction in the U.K.

Corporate Knights recently sat down with Lord Deben to hear his thoughts on the sustainability movement, resource scarcity and the role of business in combating climate change:

CK: What are the fundamental building blocks of a sustainable society?

DEBEN: They start with the key things that all societies need: food, water and energy. Food is the biggest issue for me, as we are moving into an entirely different world involving greater scarcity and supply constraints. A comprehensive sustainable food policy demands that you tackle these issues in a holistic manner.

One of the biggest agents of change, supermarkets around the world, have not yet come to terms with the fact that their business model is soon to go bust. What Walmart and Tesco and others really ought to be concerned about is that you can’t simply dominate the market anymore. You can’t force your suppliers to reduce prices if their raw materials are rising significantly, and this is especially true if you have nowhere else to go. The switch away from boasting about a lack of contracts with suppliers to highlighting the presence of long-term deals has been very noticeable in the past five years. Tesco, for example, are now constantly talking about having all of these long-term contracts, because they are being forced to protect themselves. It’s partially because they are very big, so you can’t make adjustments in the way you were once able to. There are only two companies in the world that have the capacity to meet Tesco’s demand for plastic bags. The need to build relationships with smaller producers is set to revolutionize the marketplace.

CK: Which mechanisms are needed to help preserve and protect our water resources?

DEBEN: You have to take the Coca-Cola concept, which involves putting every drop back. It’s a very simple process. By the nature of the way in which water is created, you can, through rainwater harvesting, through efficiency and other tools, reduce the amount of water you use to a level at which you can put it all back. I’m rather in favour of moving from water neutrality to something more than that, so that it’s water “plus.” This means that all industry that has the ability to actually increase the amount of water available should be doing so. We need to treat water as a renewable substance, whose renewal depends on us. So you build a circular logic into the system, which will require a significant psychological adjustment across society. Essential to this is becoming much tougher on the consumers of water, particularly on the commercial side.

CK: You’ve spoken out in favour of a carbon tax. How do we go about selling it to the general public?

DEBEN: The most important thing is that you price carbon, and you do so using the British Columbia model. What it does is offset green taxes by lowering other taxes concurrently. What has been problematic in Britain, and one thing I’ve warned against all my life, is that green taxes should either be the replacement for other taxes, or they should be directly hypothecated for ends with which they’re connected. So you can have a congestion charge, if it directly pays for the expansion of the tramway. To do that, there’s one other trick that British Columbia adopted. To assuage the public’s fears, you have an outside body that ensures every penny raised by a carbon tax goes to reducing other taxes at the same time. That’s absolutely crucial.

CK: What are some of your greatest frustrations with the green movement today?

DEBEN: The first thing is the puritanical streak that remains quite prevalent. This is about practicality. I’m not a puritan, and the idea that there’s something wrong with our society because people are able to travel, or people are able to be warm, is just not true. When people sound like that, and they very often do, it’s a very damaging thing. The thing about puritanism is that it never wins. If the green movement looks like a killjoy movement, it will not succeed. There’s not enough emphasis on the idea that the world we are trying to create will be a better world, a more exciting world and a safer one.

If we don’t present our policies properly, we give the deniers another hook in order to sell their gospel of comfort and ease. They will continue on convincing people that everything will be alright, right up until disaster strikes. We need to be smart enough, or else it will be exploited. The biblical notion of being as wise as serpents and as gentle as doves is absolutely spot on. We’re often as gentle as doves but not as wise as serpents.

The third thing is that we’re not going to win this battle unless business is at the forefront. There’s nothing stronger than the market. Now, the market will need to be corrected to account for some very important elements that are currently missing, but the point remains that the market will be the one making the difference.

CK: What role do you see business playing in carving out policies that move us towards a more sustainable future?

DEBEN: Business has the capacity to see in what direction the world is moving, and to prepare itself for it. The cheapest way for business to meet the demands of the new world has always been to do it in the course of business. Delaying until regulation or popular demands require an immediate change in the business model is needlessly disruptive. Gradual adoption is much more cost-effective for business. So it must be consistently ahead of the curve, because that is the nature of good business leadership. Now, this does not mean pure guesswork. T.S. Eliot said one step ahead means that you’re a genius, but two steps ahead means that you should start looking out for men in white coats. You mustn’t ask business to be so far ahead of society that you can’t make any money, but one step ahead ensures continued viability.

For those businesses that see the writing on the wall, a greater demonstration of peer pressure is needed. As it stands, the naysayers and worst companies are almost always able to get the ear of government. A good example comes from when I was working to ban Tributyltin, the stuff you used to paint on the bottom of yachts. There were three big paint companies, and two of them were progressive. One was extremely reactionary, and it was much more effective at getting its views out to the general public. Now, I did win that battle, but it was an important lesson. Today, in Britain, the vast majority of good, big businesses are supportive of the policies we have in place for climate change. At the same time, the Engineering Employers Federation is demanding that we go slower. The rest of business has to be explaining to Britons the need to ignore the naysayers, not remaining silent on the sidelines.