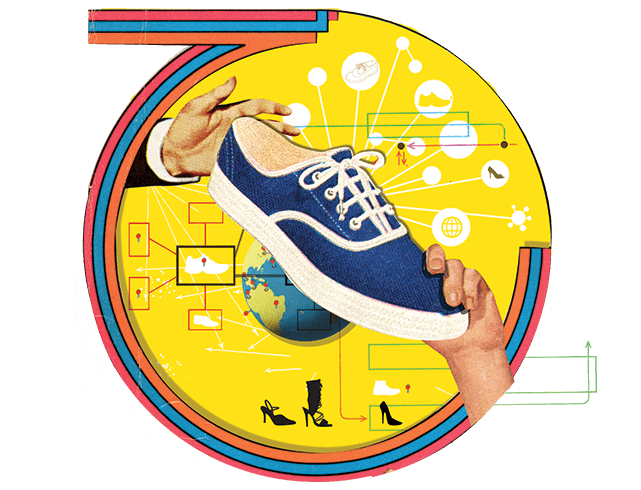 These are just some of the enterprises listed on Social Venture Connexion (SVX), a platform launched in September that connects them with investors who want to see a positive impact as well as financial returns. The Toronto-based SVX is North America’s first such platform.

It comes as Canada’s social venture sector is blossoming as new entrepreneurs use business models to tackle social or environmental problems. They’re filling a key gap, given government austerity and persistent societal challenges.

Investors, too, are getting on board: Investment in the sector has reached $5.3 billion and is expected to hit $30 billion in Canada over the next decade with the backing of foundations and mainstream investors. (A new estimate, to be released in early 2014 by Purpose Capital along with MaRS Centre for Impact Investing and RBC, pegs the total market size at about $8.8 billion currently).

The overarching goal? Adam Spence, founder of the SVX, says he hopes to create a high-impact channel for investments and ventures to “move the yardstick on pressing problems like poverty, safe homes, success in employment and climate change.”

The sector is taking root in other countries as well. The U.K. is home to the world’s first social impact bond and is creating several social investment funds. In the U.S., both Morgan Stanley and Goldman Sachs in November announced expansion into impact investing. And the G8, which held a social impact investment forum last June, has created a task force that’s working on a blueprint for “rapidly accelerating development” in the sector.

Across Western countries, “demographic pressures of an aging population and macroeconomics mean governments won’t have the money they need to find new ways to solutions,” and are thus looking at non-traditional sources of capital, said Antony Bugg-Levine, New York City-based chief executive of Nonprofit Finance Fund and chair of the Global Impact Investing Network.

Younger investors, in particular, are keen on allocating more funds into impact investing, he said, noting the plethora of MBA programs and post-secondary courses on social finance, which are often over-subscribed.

He’s not the only one who sees more growth ahead. “It’s exploding,” said Sally Osberg, president and chief executive of the Palo Alto, California-based Skoll Foundation, which has invested about $400 million in the past 14 years to almost 100 social businesses around the world.

Osberg says climate change is both a growing challenge for many of the businesses in which it invests and a driver of interest in the sector. Often, as in the case of Typhoon Haiyan, it is local social businesses that are most nimble at stepping into a crisis situation and rebuilding economies.

In Canada, governments are part of the momentum. The federal government plans to develop partnerships in the sector and explore the use of social finance tools. Last fall, the Ontario government launched a social enterprise strategy that aims to make the province the top jurisdiction for the sector on the continent. British Columbia has created a social innovation council, while Quebec has pledged to develop its social economy.

Foundations are beginning to move more money into the sector. The Canadian Task Force on Social Finance has recommended that the country’s foundations, which collectively have $36 billion in assets, allocate 10 per cent of their capital in mission-related investing by 2020.

Some of the big banks are nosing around the sector, too. Royal Bank of Canada has put $20 million toward socially responsible investments, while Toronto-Dominion Bank (along with the Ontario government, KPMG and Alterna Savings) is backing a new Ontario Catapult Microloan Fund.

The SVX, first proposed in 2007, is the result of a partnership between the Ontario government, the MaRS Centre for Impact Investing and the owners of the Toronto Stock Exchange. With its creation, “we hope to place Canada at the forefront of social investing,” said Tom Kloet, chief executive of the TMX Group in a September speech.

For all the hoopla, it’s important to remember the idea of social finance is largely untested and there are bound to be tensions between the twin aims of tackling a social problem and generating profits. In these early days, much of the actual impact on peoples’ lives has yet to be demonstrated.

In Vancouver, Paul Richardson runs Renewal, one of North America’s largest early-stage impact investment funds. Its second fund managed to raise more than $30 million during the recession and has since backed nine ventures, which together grew revenues in 2012 by an average of 40 per cent. Renewal is now raising capital for a third, larger fund. “That more people are getting into this space is hugely exciting to us,” he says.

At the same time, Canada’s first incubator for social ventures – which allows people to work and live together – is also under way. The University of Waterloo’s GreenHouse lets undergrads live in residence together for a term or two and collaborate on ideas that aim to solve a social or environmental problem. They receive advice and training in how to run start-ups, access capital or craft a pitch.

Director Tania Del Matto sees the initiative as a launch pad. “We want them to set something up in which students can then say, ‘I’ve made a difference in society.’”

Colliding forces are spurring sector growth, she said. Non-profits are seeing competition for funding heat up as budget-tightening governments download services into their sector. They’re looking to traditional business models to help fund the gap. On the other side, companies are being held more accountable to the communities and environment in which they operate. They’re looking to the social sector for guidance.