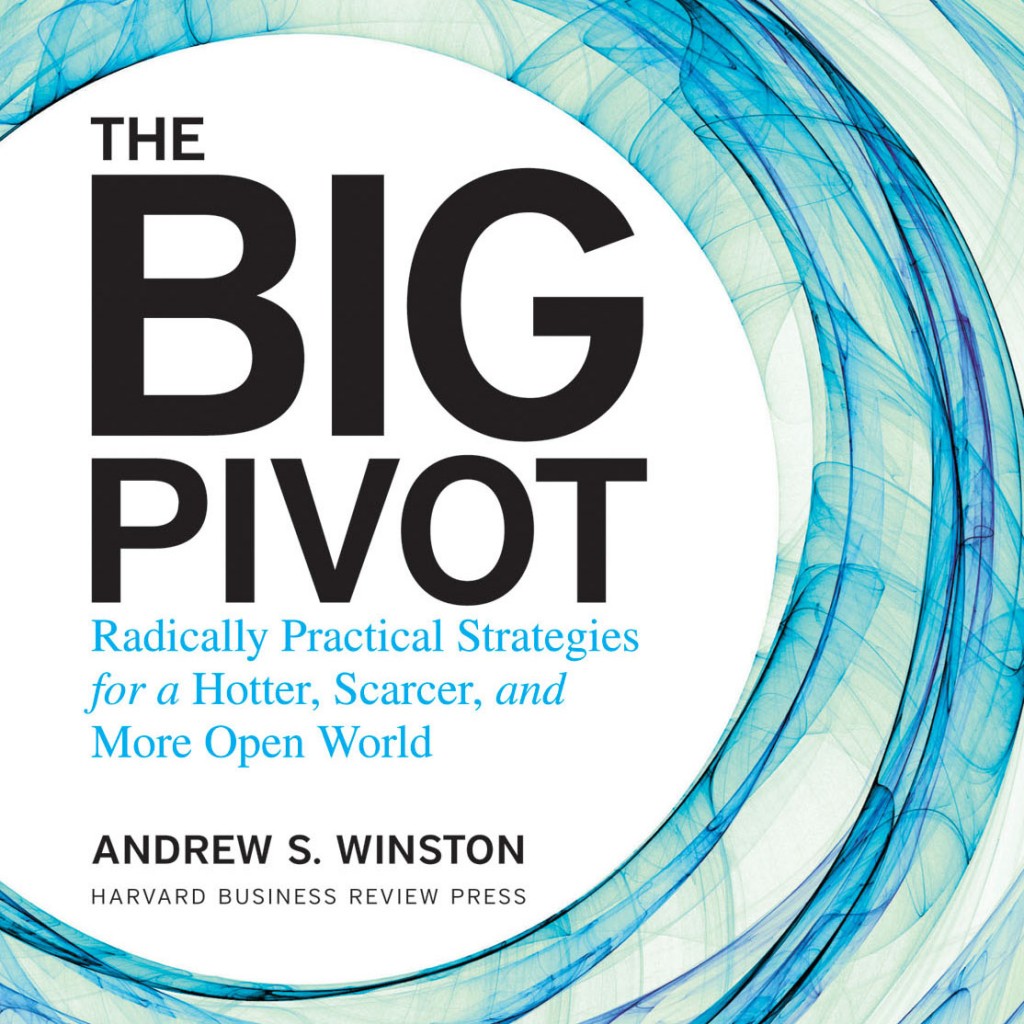 Andrew Winston’s The Big Pivot is most definitely a business book, “intended to be relatively short, but still provide a solid roadmap to a new way of operating.” In a sense, it’s pre-condensed. The book is an operating manual for adaptation to three mega-trends that the author says every business must face: climate change, resource constraints (and costs) and technology-driven demands for transparency – or “hotter, scarcer and more open.”

As for the title, Winston explains it this way: “If you believe that these pressures are real, then what has until now been called green business, or sustainability, cannot be a side department or a niche conversation in commerce.” Indeed, he continues, “we must pivot – sometimes painfully, always purposefully, so that solving the world’s biggest challenges profitably becomes the core pursuit of business.”

But first, Winston has to convince us about the seriousness of the challenges we face, and it’s a tough sell. He presents the hard data on climate change, but admits that it is easy for some to write off because the warming numbers don’t sound particularly scary; having shivered through this Canadian summer, they sound actually quite pleasant. He quotes one scientist: “You almost couldn’t design a problem that is a worse fit with our underlying psychology.” It’s so true. Unfortunately, for a short book a lot of space is given to a subject that most readers already know, yet it is not likely to change the minds of skeptics.

The mega-challenge of resource scarcity, however, is more immediate and obviously a business problem as commodity prices go through the roof and water becomes scarce. Food prices also increase as corn, soy and palm oil are diverted to biofuels; water supplies are challenged as they’re diverted to lawns and fracking. The business case for a big pivot here is more compelling. 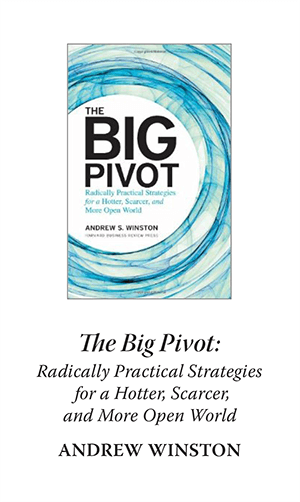 The final mega-challenge is the challenge of transparency. Winston claims that every company that wants to remain competitive needs to answer tough questions about its supply chain and its environmental and social performance, “especially the ones coming from business customers.” Everybody is watching and there is nowhere to hide, so companies have to clean up their act. Or, as author and new-economy thinker Don Tapscott puts it, “If we’re all going to get naked, we better get buff.”

Winston is least convincing here. Transparency is a challenge, yes, but doesn’t seem to have a “mega” quality. There doesn’t appear to be a whole lot of buffing up of corporate bodies going on – at least not across the board. Lobbying still continues by some industries, such as “Big Ag” and the chemical industry, to block laws aimed at increasing transparency. In Germany, some politicians are even considering switching from computers to typewriters to stop prying eyes.

Most of Winston’s 10 “radically practical strategies” will be familiar to regular readers of Corporate Knights as part of the ideal of Clean Capitalism; titles like “Fight short-termism” and “Set big science-based goals” will ring a bell. However, the final strategy is more than a big pivot, it’s a whole new spin: “Build a resilient, anti-fragile company.”

Diversity makes organizations stronger. Variety makes crops more pest- and weather-resistant. A company, Winston writes, “with just one product line, technology or service that brings in the vast majority of its profits is at great risk.” He describes how a flood in Thailand nearly closed Honda when the only factories producing a few critical parts lost production. “A bit of redundancy in the system might be worth the expense if it avoids serious and expensive disruptions.” Indeed, resilient companies mimic nature, which gives us backup kidneys and eyeballs. Nature doesn’t put all its eggs in one fragile basket.

Winston is a techno-optimist who believes that if these strategies are followed we can build a resilient, green and profitable world. He thinks that the coal industry will be gone and that fossil fuel companies will either get into renewables or become much smaller organizations. It’s a stretch when Canada is building pipelines and the U.S. is shipping coal to China that’s too dirty to be used in America; where Scotland is basing independence on new North Sea oil finds. But perhaps that’s just my short-termist thinking.