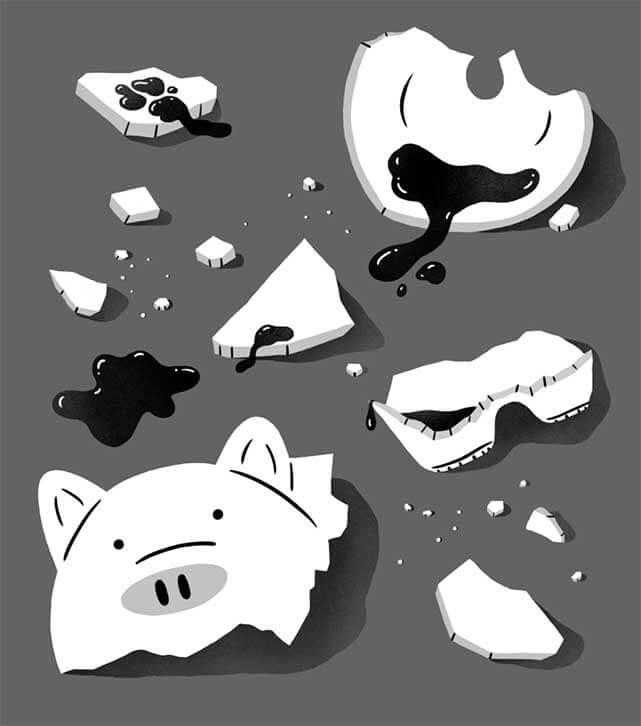 One of my earliest memories is of being wildly bucked by a woolly sheep, hanging on with everything my scrawny arms could muster before being hurled into the dirt at the Nose Hill Rodeo. I had mud on my face, but I was grinning because I had held on long enough to win the Mutton Bustin’ trophy.

I imagine the pioneers from Sun Company of Canada and Syncrude felt a similar sense of gratification after hanging on for so many years to finally realize the dream of making the oil sands a commercial success.

But the sands are shifting, and so too is the recipe for Alberta’s economic success.  Rip-and-ship seemed like a great model while it worked, but it also surrendered a lot of power to other market participants. With limited capacity to add value to the billions of barrels of bitumen and only one market to sell into, it dealt environmentalists a trump card they played by blocking pipelines (see here) and empowered American refiners to hold us over a barrel. Scotiabank estimates Alberta producers have given away $10 billion a year in oil discounts for each of the past two years, because they had no option but to sell to price-making U.S. refiners. To put this number in perspective, that’s about 10 times more than a British Columbia-style carbon tax would generate from the oil patch.

Add into this mix a supply glut driven by the shale revolution and the Saudis turning on the taps, and we are living in a different world entirely.

Environmentalists have been effective in their campaign to brand Alberta’s carbon-intensive oil sands as dirty, and it will take grand actions to change this perception. Until it cleans up the industry, Alberta will continue to face effective opposition to new pipelines, as well as low-carbon fuel standards in key markets and even border measures from countries that have tougher climate rules, cautions former Syncrude Canada chief executive Eric Newell.

For its part, the recently elected Alberta NDP government is openly linking market access with climate leadership. The government is currently evaluating a host of measures under the steady hand of University of Alberta economist Andrew Leach.

The Alberta government would do well to take the $18 per tonne (or, 4-cent-a-litre increase in the gas tax) contained in Jim Prentice’s pre-election budget, bump it to $30 to match B.C.’s continent-leading carbon price, and extend it economy-wide over the next two years, subject to oil prices holding above a minimum of $50 (U.S.) per barrel. Part of the proceeds could go into the province’s tech fund to help finance “moonshot” technologies (such as cold solvents for in situ extraction or converting CO2 emissions into new carbon-based products) and part could be paid out as a carbon dividend to offset the small pocketbook increase at the pumps (2.7 cents a litre on top of Prentice’s 4 cents) and for power bills (estimated to rise by $6 per month).

In combination with the coal phase-out, this would substantially boost Alberta’s climate bonafides while being sensitive to the oil patch’s current economic situation. But it would not be enough.

The good news on this front is that there has never been a better time for Alberta to invest in infrastructure. The province’s AAA credit rating combined with a low interest rate environment provides access to cheap money at a time when a dollar invested in Alberta goes a lot further than it would have previously.

Alberta could fill the hole left by dried-up private sector investment to lead a green economic stimulus financed with the largest package of green bonds issued to date by a subnational actor. Such a stimulus would do well to focus on four areas: transit, power, energy efficiency, and infrastructure to support an eco-industrial cluster in the Greater Edmonton region designed to fully tap the value of Athabasca’s hydrocarbons.

There is $12 billion of mostly transit projects ready to roll in Edmonton and Calgary, which would substantially boost productivity in those two economic hubs.

Alberta could decarbonize its power grid by forging genuine partnerships with First Nations, untying some of the regulatory Gordian knots and co-investing with private sector partners to create a green power corridor by tapping abundant hydro power potential on the Peace (1,500 MW), Athabasca (1,500 MW) and Slave rivers (1,800 MW). This would allow for the storage of intermittent wind energy and also serve as an important water management tool allowing for better flood control during periods of high flow.

And finally, Alberta could lay down a plan and capital to build a world class eco-industrial cluster in Greater Edmonton that would incent private sector investment to go beyond basic upgrading and refining of oil sands feedstock into making valuable materials such as plastic pellets and carbon fibre resin, potentially adding as much as $25 billion a year to the provincial economy. These value-added materials also have economics that run countercyclical to oil prices and which can be safely and efficiently transported by train to U.S. and global markets. Rather than being limited to the option of selling heavily discounted barrels of crude, Fort McMurray could be the feedstock for the carbon fibre in the Ford GT Supercar.

The saying “It’s the crude, dude” would take on a whole new meaning.