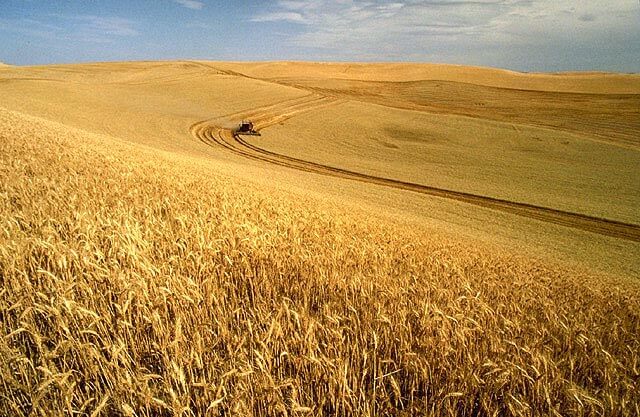 A wheat harvest in Idaho

The acreage of genetically modified crops diminished in 2015, halting a steady 20-year period of rapid growth for biotech crops around the world. A report from the International Service for the Acquisition of Agri-Biotech Applications calculated that GMO crop plantings had declined 1 per cent in 2015, following several years of tepid growth. 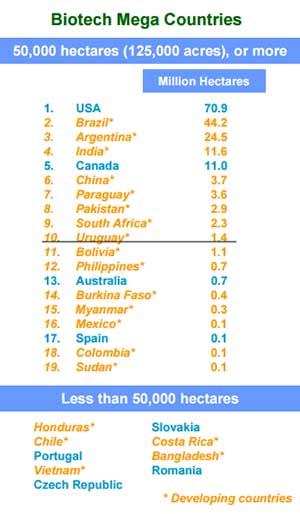 Source: International Service for the Acquisition of Agri-Biotech Applications

This has been attributed to a variety of factors, including lower commodity prices and a lack of new market opportunities. The United States, Argentina and Brazil account for over 75 per cent of GMO acreage, and adoption rates for the four major crops – canola, cotton, corn and soybeans – in these markets is already over 90 per cent, leaving little growth potential.

A small increase was registered in Brazil and Argentina, but was more than offset by reductions in the U.S. and Canada. Repeated attempts to break into new markets such as India and China have run into regulatory and consumer opposition, especially in regards to food crops. Genetically modified cotton has been more successful in those markets.

Several developing trends in the United States are likely to challenge GMO crops’ market share in the years ahead, with Vermont’s GMO food labelling law slated to come into force in July and several other states preparing to follow suit.

Europe remains the weakest market for biotech crops, representing less than 1 per cent of the global market. Last year, 19 European Union countries voted to ban the cultivation of GMO crops.