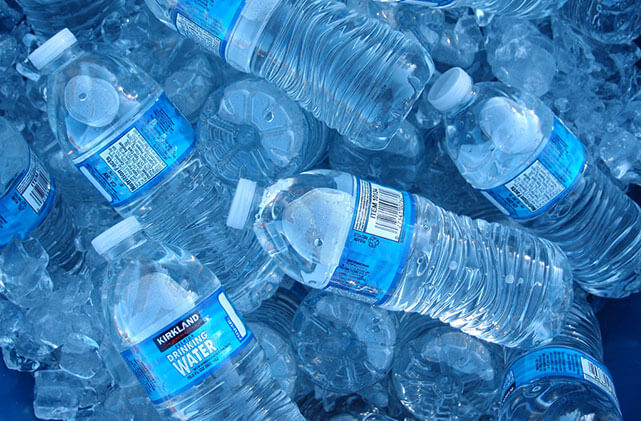 Fresh off his successful push to ban plastic bags by 2018, Montreal Mayor Denis Coderre has expressed interest in a potential ban on bottled water. “We spoke about plastic bags and now we’re onto plastic bottles,” Coderre told reporters in March. “The reality of plastic in our environment is a problem.”

No firm timeline has been given, but industry groups have already begun to mobilize against the measure. The Canadian Beverage Association entered itself into Quebec’s lobbyist registry in early March, and has come out strongly against the ban. It argued in a document submitted to the registry that bottled water offers convenience, choice and safety to consumers, with the environmental impact mitigated by all plastic bottles being recyclable across Quebec.

Another argument made by the Canadian Bottled Water Association and others is that a ban on bottled water will only incentivize a switch to less healthy alternatives such as soda.

Supporters of such a ban highlight the environmental footprint of bottling and transporting the water, as well as the cost of recycling and negative consequences of plastics in the ocean and other ecosystems.

If passed, Montreal would become the first major city in the world to fully ban plastic bottles. Many universities have passed bans on bottled water sales, including York and Ryerson University in Toronto. Some cities like Hamburg and San Francisco have banned sales in city buildings.

Only a handful of small towns and cities have passed complete bans, the largest one being Concord, Massachusetts. A grassroots campaign culminated in a successful city-wide vote in 2012. Today single-serve plastic water bottles have been replaced with paper cartons, and residents have grown accustomed to carrying around their own reusable bottles.