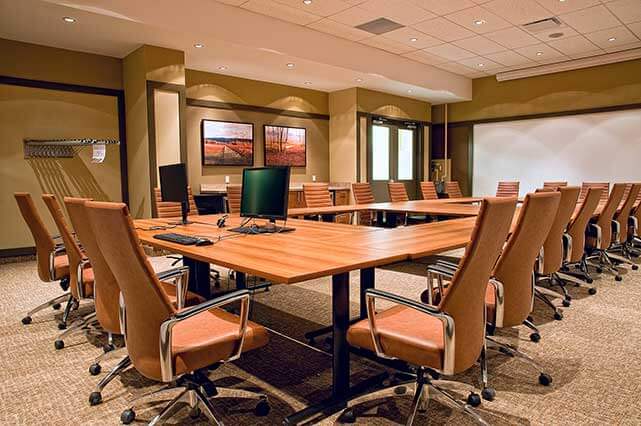 At the height of the infamous Rob Ford video scandal, a commentator for Canadian Business magazine lamented that Toronto’s business community had been slow to speak out publicly and take a stand against the mayor’s actions. It sparked a heated discussion about the public role that CEOs and the private sector at large should play in the political process, one that is still far from settled.

For better or worse, Canada’s business community is both risk-averse and generally skeptical of new regulatory actions. The safest bet for the average company is to stay silent on controversial policies like carbon pricing, even if there’s internal support for it. But the private sector is also home to smart and innovative leadership that is demonstrating remarkable foresight on issues related to sustainability. To push Canada towards a low-carbon future, private sector leadership will be needed to spur governments into action, and vice versa.

We’ve begun to see a new dynamic play out over the past year across Canada. In Metro Vancouver, major business groups worked hard in support of the failed Yes side for the transit plebiscite.

The Council for Clean Capitalism takes this a step further by placing CEOs at the head of a group advocating for the integration of clean capitalism principles into broader economic and social policy.

Companies are grappling with how to shift their business models internally towards an economic model in which what is good for business is also good for the environment and society. Economist and author Jeremy Rifkin counselled companies at an event in Toronto earlier this year “to be in two business models simultaneously for the next three decades.” Many companies, including energy powerhouses Suncor and Enbridge, are working hard to bridge this gap to a cleaner future.

Another example of business pursuing this dual focus is the B.C.-based financial co-operative Vancity, the top-ranked company in the 2016 Best 50 Corporate Citizens in Canada ranking. The company has worked hard to remake itself as a different kind of financial institution, one that places values-based or ethical banking at the heart of its business model (see here for a full profile).

Following Vancity on the list is WestJet, a leader in the airline industry on resource productivity and taxes paid. Third place went to the Co-operators group, the insurance provider and perennial contender that finished first in 2011. It performed particularly well on its pension and tax scores, and maintained one of the lowest CEO to average worker pay ratios among the Best 50.

A deeper dive into the indicators turned up a mixed bag when it came to benchmarking any improvements in disclosure practices. All but two companies on the 2016 Best 50 released their energy and carbon productivity, with slight disclosure increases occurring around water and waste productivity as well. The CEO to average worker pay ratio fell to 73:1 from 88:1 in 2015, whereas the amount of tax paid increased three points to 14 per cent.

One troubling finding was a significant decline in innovation capacity from 0.97 per cent in 2015 to 0.55 per cent in 2016. R&D expenditure is measured as a percentage of revenue, trailing over the past three years. Diversity levels, meanwhile, stayed stagnant. Slightly better board diversity scores were offset by lower levels of diversity among senior management.

As Rifkin said, this shift to a cleaner form of capitalism will remain a work in progress for decades to come. The companies on this year’s Best 50 are setting themselves up to flourish in this changing environment.