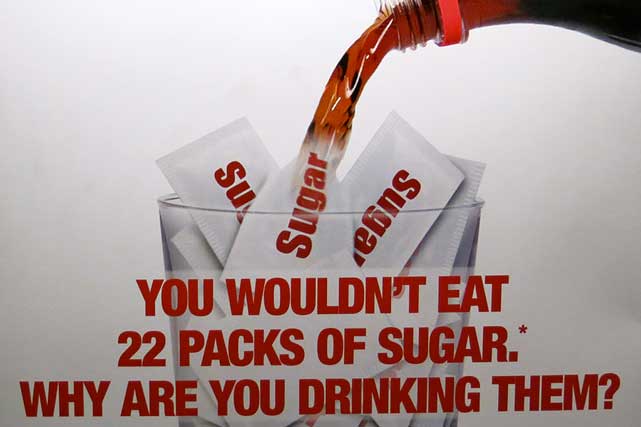 Mexico’s rates of obesity have reached epidemic proportions in recent years, with 71 per cent of adults now classified as overweight and 32 per cent obese, according to the OECD. The country’s health ministry has warned that if left unchecked it could reduce the life expectancy of future generations.

Many public health advocates point to the introduction of processed food into the Mexican diet over the past 30 years as the main culprit, singling out junk food and soft drinks in particular. A 2011 Yale study found Mexico leading the world in soft drink consumption with an average per-capita consumption of 163 litres per year.

In 2013, Mexico’s congress passed a one-peso-per-litre tax on sugary beverages that took effect on January 1, 2014. This raised soda prices by about 10 per cent, one of the most aggressive soda taxes in the world. It also passed an eight per cent junk food tax at the same time.

Two years after Mexico’s bold experiment first took hold, the preliminary results have started to come in. Health economists from the University of North Carolina working with Mexico’s National Institute of Public Health found that purchases of soda went down six per cent in the first year compared to what was forecast. Most encouragingly, the reductions had accelerated to 12 per cent by December 2014.

A recent analysis by Bloomberg Business, however, found that Mexican soft drink sales rebounded in the first three quarters of 2015. It attributed this to falling inflation rates and growing levels of remittances from abroad blunting increases in the cost of living.

Another reason for the sales rebound could be low visibility. A 2015 survey conducted by risk management company RIWI found that less than half the population was even aware of the soft drink tax.

For Alejandro Calvillo, director of the Mexico City advocacy group Consumer Power and an early supporter of the tax, the problem is that the tax isn’t high enough to dramatically affect consumer behaviour. He had originally lobbied the federal government to institute a two-peso tax – a price increase of roughly 20 per cent.

This is the price increase that Berkeley, California, adopted in a 2014 referendum, becoming the first city in the United States to institute such a levy.