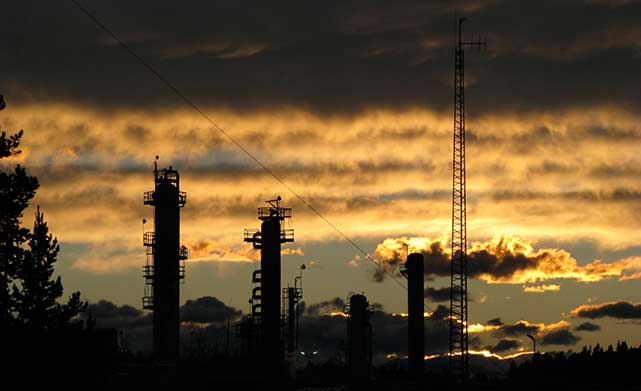 The International Monetary Fund (IMF) has historically been seen as a change-adverse bastion of economic thinking, but its tone has noticeably shifted in recent years when it comes to climate change. It has begun to factor climate change into its macroeconomic models, and has repeatedly spoken out in favour of emissions charges and carbon pricing around the world.

Perhaps its most contentious actions have revolved around its annual report on energy subsidies, the most recent version of which estimated 2015 global subsidy levels at $5.3 trillion (U.S.). This translates to 6.5 per cent of global GDP.

Canada’s subsidy levels reach an estimated $46.04 billion, including $1.4 billion in pre-tax direct subsidies like tax breaks. Where the controversy comes in is that the IMF then includes an additional $44.64 billion in untaxed externalized costs to society such as local air pollution and climate change.

With the federal government set to establish a carbon pricing floor across the country, this $46.04 billion is likely to decline somewhat in future years.

Various Canadian organizations and think-tanks like the Fraser Institute have been quick to challenge this assessment by the IMF in the past, suggesting it twists the meaning of tax breaks.

“Whatever you think of taxing fossil fuels, this is simply a misuse of language,” wrote Fraser Institute analyst David Henderson last year. “I have no problem with analysts making explicit their assumptions that using fossil fuels increases global warming, and then calling for taxes on that basis.”

Canada is in the midst of a lively debate about the woes that the Canadian oil industry is currently experiencing due to low prices, and whether governments should play a role in helping to support the industry.

The IMF is looking to expand the scope of the discussion about the impact the industry has on Canadian society as a whole.