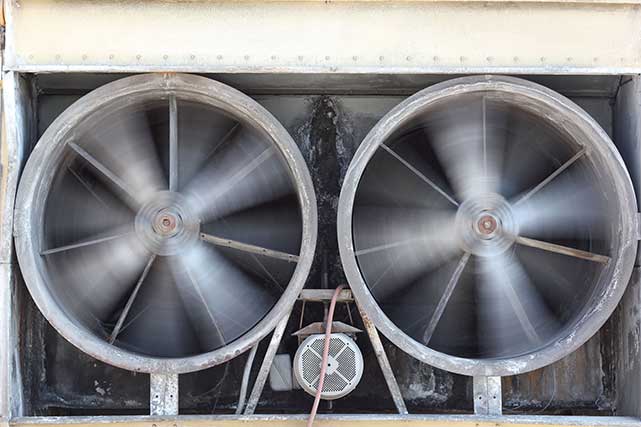 Green buildings are attractive to owners for a few reasons. They’re great for reducing one’s carbon footprint and improving public relations, but they also offer savings in the medium to long term.

Joseph Allen, director of the Healthy Buildings program at the Harvard Center for Health and the Global Environment, says the ability to calculate these savings – made evident with lower energy bills, for instance – and understand the return on investment has driven “green” uptake for the past two decades.

The U.S. Environmental Protection Agency defines the act of sustainable building as “the practice of creating and using healthier and more resource-efficient models of construction, renovation, operation, maintenance and demolition.” Yet the positive impact on protecting occupant health and the corresponding gains in worker productivity are often overlooked when discussing the financial merits of green building construction.

Recently, Allen has been involved in a renewed emphasis on trying to measure green buildings and human health. In a recent paper published in Current Environmental Health, he and his colleagues considered whether green buildings are healthier buildings, and asked what constitutes a healthy building. Since some studies claim we spend more than 90 per cent of our lives indoors, it’s a rather good question.

As costs of energy increased during the energy crises of the 1970s, buildings began to be constructed with the goal of increasing energy efficiency by making them airtight while also decreasing ventilation requirements. It’s here that an increase in “sick building syndrome” began to crop up, as less ventilation often allowed a build-up of indoor pollutants.

The effect on human health was one of the original catalysts for the green building movement, with certification regimes like Leadership in Energy and Environmental Design (LEED) now allocating design credits to buildings that improve ventilation and filtration and reduce chemical and other pollutant sources, along with other efforts to improve occupant productivity.

While plenty of studies link factors such as poor ventilation and mold growth to acute allergies and respiratory disease, there is a surprising lack of research that conclusively ties green building measures to healthier, happier and more productive occupants.

So, while building rating and certification programs such as LEED directly and indirectly target improvements for human health, Allen says practitioners are looking for evidence that supports better decision-making for healthy building design. It’s for this reason that the return on investment for human health measures isn’t always clear for building owners. 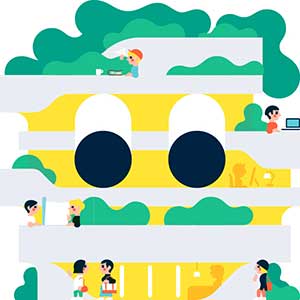 Nisha Sarveswaran is CEO of Ambience Data, a Toronto startup that offers air quality monitoring systems for buildings. “If you correlate environmental conditions such as air emitting high levels of carbon dioxide with variables like productivity, you can start to understand the impacts and place a value on investments that improve our indoor spaces,” says Sarveswaran.

Every study identifying a positive correlation between green buildings and health had until recently relied on self-reported data through questionnaires and surveys, leaving the data open to potential bias.

Researchers at Harvard have been working to fill in this data gap with more conclusive findings.

Researchers designed the study using double-blinded repeated measures to ensure that workers were not tipped off about which setting they were in.

The results demonstrated that “people who work in well-ventilated offices with below-average levels of indoor pollutants and carbon dioxide have significantly higher cognitive functioning scores than those who work in offices with typical levels.” The decision-making performance of workers improved as air quality went up, including between the two LEED-quality room environments. The largest improvements occurred when it came to crisis response, strategy and information usage.

Allen says a critical element of his centre’s research moving forward is monitoring and evaluating building performance in real time. To that end, his group is now conducting studies that pair “wearables” – sensors that humans can wear – with building systems to track and measure physiological response to indoor environmental conditions. Combined with monitoring and alerts systems like the ones that Sarveswaran’s company offers, the resulting data could have endless applications.

Imagine a building that not only detects possible issues and alerts building maintenance staff, but also responds to human indicators and autonomously adjusts environmental conditions in real time.