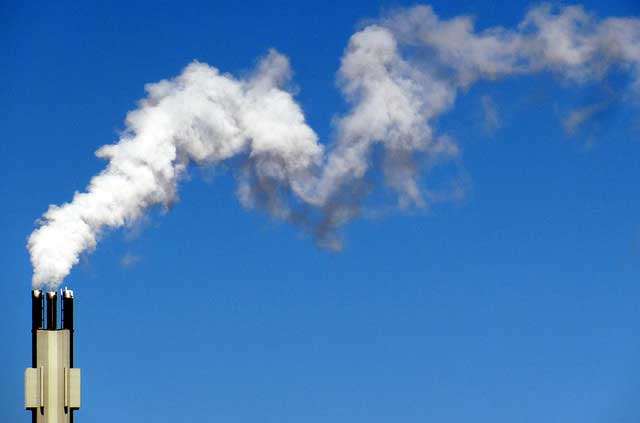 Many investors today are trying to understand what climate change implies for their portfolios. Does market efficiency indicate they should hold market cap weighted indexes, or do expected impacts on valuations suggest another course of action?

Meanwhile, stakeholders are raising questions and putting pressure on asset owners. Some are motivated by concerns about ethical issues and consistency with mission; others are purely focused on risk and expected returns.

There is clearly a moral issue to consider in owning a public company that, for example, spreads misinformation and otherwise deliberately impedes public policy for private gain, but how far does that moral concern spread? Only a few institutions, such as the Rockefeller Brothers Fund, have announced divestment from all fossil fuels on moral grounds.

A significant number of large asset owners, including Stanford University, the California employee pension fund and the sovereign fund in Norway, have mandated that their managers divest from a narrower range of fossil fuel stocks, namely coal (which poses the biggest threat to the climate and whose business is the most likely to be constrained). Global insurance powerhouses AXA and Allianz have done the same.

But not everybody shares this view. The president of Harvard, Drew Faust, for example, wrote in a statement, “I do not believe, nor do my colleagues on the Corporation [Committee on Shareholder Responsibility], that university divestment from the fossil fuel industry is warranted or wise.” Harvard holds endowment assets to advance an academic mission, she explained, not to “serve other purposes, however worthy.”

Most investors are still considering what to do.

The World Wildlife Fund, where one of us serves as the chair of the investment committee, began to address this issue almost three years ago. Rather than divesting of all fossil fuels, WWF hedged the valuations of the stranded assets (those negatively impacted by emissions pricing). Beginning in January 2014, WWF entered into a simple total return swap (short coal and tar sands, long S&P 500).

At the time, the swap was viewed as a hedge, but in retrospect acted as a wonderful investment strategy. Since then, stranded assets have dramatically underperformed the market and the swap has generated total returns in excess of 84 per cent.

But given the dramatic decline in the valuations of most fossil fuel companies that has already taken place, it’s not clear what an investor should expect to happen going forward. We think it’s not too late to benefit from selling stranded assets.

Certainly there’s broad acknowledgment that the climate is changing, emissions of greenhouse gases are the cause and society will have to take appropriate steps to address the risks associated with climate change. Implicit in that understanding is a recognition that despite the frictions created by entrenched interests, there will be a transition to a low-carbon economy. We suspect that these expectations are already priced into equity valuations. The uncertainty is how and when that transition will take place, as well as the extent of the climate change-related damages that will nonetheless occur.

So far, societal reaction to climate risk has been slow. Just 12 per cent of global emissions are currently subject to a carbon price, with many of these set too low to make much of a difference. Exxon argued in a report to shareholders recently that the valuation of its reserves is secure because governments will never pay for a low-carbon scenario. We suspect that equity valuations today build in similar expectations of a slow policy response over the next several decades while discounting technological breakthroughs threatening to displace fossil fuels with more cost competitive alternatives.

And what we suspect the market does not yet realize is that this expectation, sometimes referred to as the “slow policy ramp,” does not make sense – it does not properly take climate risk or dynamic innovation into account. The actual rational expectation for the price path of emissions is a sudden jump of global carbon emissions prices (via direct and or indirect measures) to a level high enough to create incentives that will, with extremely high probability, promptly eliminate the burning of fossil fuels that threaten catastrophic climate risk. Of course, no one knows what the future will bring, but we think the probability of this rational pricing of emissions is much higher and will come much sooner than the market expects.

What will bring it about is legitimate fear of catastrophic outcomes and the rational response – which is to price the risk appropriately, immediately.
The reason a sudden jump in emissions prices makes sense is because carbon pricing is the brake society has to create through appropriate incentives for emissions reduction. How hard should society press on that brake today? The answer requires application of a complex mathematical technique known as robust dynamic optimal control in a context with highly uncertain nonlinear responses – but simple intuition can be just as effective in helping to chart the course. 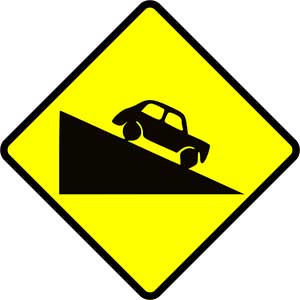 Consider two scenarios. In the first scenario you are racing down a mountain road with a sharp curve ahead. You are going fast, but you’ve been down this road many times so you know that you need to slow down significantly to get around that curve safely. And you know exactly how much distance it takes to slow down to navigate the curve. You brake slowly at first, increasing the pressure as you get closer to the curve. This is the profile of the slow policy ramp for emissions prices built into current equity valuations.

In the second scenario the situation is identical, except you’ve never been down this road before. In the instant you see the curve, you realize that you need to slow down but you aren’t sure the speed at which it will be safe to round that upcoming corner – which is sharper now than it initially looked. As time compresses, you realize you might be going too fast and you need to slam on the brakes.

The difference between scenario one and scenario two is uncertainty and risk aversion. In scenario two, as soon as the risk is recognized you brake hard enough that you expect to ease up on the brake as you slow down safely. With respect to climate change, science has recognized the risk, but society has not yet hit the brake. Our view is that equity markets have not yet realized that when we do, we will have to hit the brake hard.

While it is uncertain when society will react, and how this impending response will impact most assets, we do know which sectors will be impacted most acutely: those that produce or consume significant carbon-based fuels. Therefore, the opportunity continues to exist to reduce stranded asset risk by hedging or selling the companies whose valuations may be hit hardest by emissions pricing.

As part of their fiduciary responsibility, investors must have a view on how climate risk will influence portfolio valuations, and key to this is their view on whether or not people do become more rational over time. An investor could take the view that this is not the case and policy makers will not meaningfully price carbon, and fossil fuels will continue to dominate over clean energy. But they must have a view as part of their duty of care, given the macroeconomic significance of climate risk.

Our view is that public opinion and policy are close to a tipping point on this issue, and if this view becomes widespread it will become a self-fulfilling prophecy. Stranded asset valuations will decline, emissions will soon be priced appropriately, and the transition to a low-carbon economy will take place much faster than is currently anticipated.