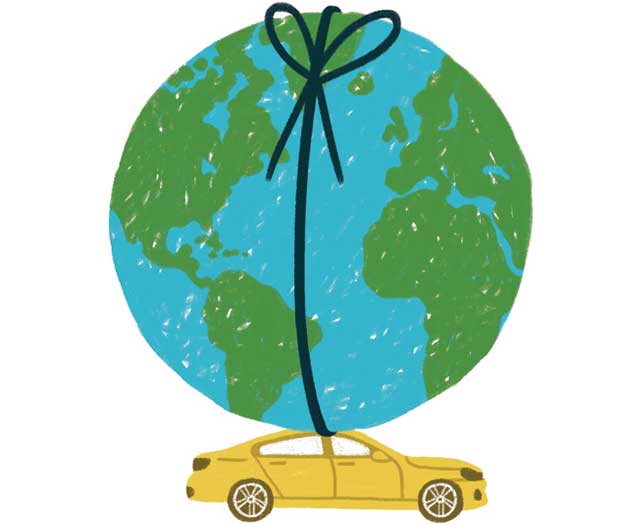 The auto industry hasn’t had much to boast about lately when it comes to corporate social responsibility given the steady stream of high-profile product recalls and the global outrage surrounding Volkswagen’s emissions-testing scandal.

However, one company, BMW Group, has earned some sustainability bragging rights for a wide range of measures from energy, water and waste reduction to innovation and diversity. That has propelled the German-based automaker to the top spot on Corporate Knights’ annual Global 100, an index of the most sustainable corporations in the world.

BMW, formally known as Bayerische Motoren Werke, moved into first place, up from sixth place last year, after scoring above 80 per cent in eight of the 12 key performance indicators used to build the rankings. The company’s high scores were in areas such as energy, waste and water reduction and a perfect 100 per cent for linking the salary of its senior executives to their sustainability performance.

Ursula Mathar, vice-president sustainability and environmental protection at BMW Group, said the company hasn’t changed its focus over the past year, but she believes the results reflect “constant engagement and continued work” across the firm.

“What we are trying to do is integrate sustainability in all functions,” she says, citing the company’s 30 production and assembly plants in 14 countries and approximately 6,000 dealerships in 140 countries.

While many companies make similar claims about corporate-wide sustainability practices, BMW has developed a good reputation for its work to try to reduce its environmental footprint. The company points to its most consumer-facing examples: its battery-powered BMW i3 vehicle, the plug-in hybrid BMW i8 models and the more recent BMW X5 plug-in hybrid.

These models, alongside improvements to the weight of the vehicles to make them more energy efficient, have helped BMW report a 4.4-per-cent drop in average fleet carbon dioxide emissions per kilometre in 2014, to 152 grams of CO₂ per kilometre versus 159 g of CO₂/km in 2013. Average emissions were lower in Europe, at 130 g of CO₂/km in 2014, and higher in the United States and China, at 168 g of CO₂/km and 176 g of CO₂/km, respectively. BMW said the regional differences in fleet consumption are due to difference in the types of cars purchased by consumers in those countries. For example, more Europeans tend to buy smaller vehicles compared to the consumers in the U.S.

The company also reported a “major breakthrough” in power consumption in 2014, with more than half of its electrical energy worldwide now coming from renewable sources.

Stronger action around sustainability has also improved the company’s bottom line, which also makes it more competitive and attractive to shareholders.

“Energy efficiency has advantages from an ecological point of view and an economic point of view,” says Mathar.

By 2020, the BMW Group has a goal to reduce waste per vehicle produced by 45 per cent compared to 2006, “to the extent that this is technically and legally possible,” according to its 2014 sustainability report.

Where BMW fell short in this year’s CK ranking was in safety, scoring just over 55 per cent.

Mathar says there were no fatalities or other major incidents across its global operations, and believes the lower score is likely due to a broader net the company is now casting to measure its occupational health and safety performance. That includes not just employees on the production line, but also sales people in dealerships and other occupations across the company.

“We are making it more robust to include more employees worldwide into the measurement,” she says.

BMW had a perfect score when it came to the clean capitalism pay link, which measures the connection between compensation of senior executives and the sustainability performance of their teams. At BMW, the better the performance, the higher the pay.

“We don’t only have financial targets to measure the performance of employees, but very specific sustainability targets,” Mathar says.

She says the link helps to encourage employees across the company to work with sustainability always top of mind.

“Sustainability is one of the core values of the company.”