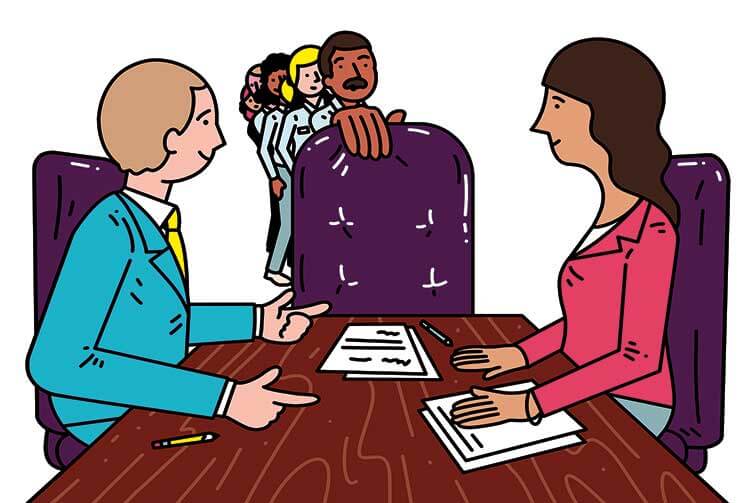 In recent years, corporate governance mavens have focused a great deal of attention on board composition. In particular, diversity has become the shibboleth of good corporate governance, with an assumption that improved oversight and better decision-making will flow from a more diverse board.

Although gender has been the key dimension for diversification in the U.K. and North America, there are other ways to approach the issue.

In Germany and other continental European countries, one form of board diversity has been baked into corporate structures for many years. The system of codetermination brings worker representatives onto boards, ensuring the voice of workers is heard alongside that of management and shareholders.

“This is a different way to get diversity onto the board and prevent group-think,” says Markus Roth, a professor at Phillipps-University Marburg in Germany and expert in European corporate governance.

Although the diversity it brings may be a fashionable benefit, codetermination was not designed with that in mind. Rather, it has its roots deep in the corporatism and cooperative model that has underpinned German businesses for more than a century.

There has been recent interest in this model from some unexpected quarters in the past year. Most notably, Theresa May, then home secretary of the United Kingdom,  proposed introducing European-style worker representation on boards. This proposal was one plank of her successful campaign to become Tory leader and de facto U.K. prime minister.

“We’re going to have not just consumers represented on company boards, but workers as well,” said May during her leadership campaign. Once established as prime minister, however, she dropped this idea in favour of less radical ways to give voice to employee concerns.

Sitting slightly lower in the corporate hierarchy is the work council (Betriebsrat). This group is present in almost any German company with more than five employees and has broad consultation rights to influence working conditions, pay principles, working time and so on.

Although worker representatives at both levels frequently have ties with trade unions, they are not officially there in trade union roles.

Opinion is divided on whether codetermination is a good thing for businesses and economies. Some academic studies find it has no effect, others that it has a small positive effect on innovation, investment and productivity. It is credited with having cushioned the German economy from the impact of the global financial crisis, as companies were able to negotiate either temporary layoffs or shortened hours for employees during the hard times. This created goodwill and resilience to recover when the economic climate improved.

Because it leads to better communication between C-suite and shop-floor, codetermination leads to less working time lost to strikes, as well as creating a more loyal workforce, limiting the costs of worker turnover.

Yet the clearest evidence of a codetermination effect is economy-wide: it appears to correlate with lower levels of inequality.

Unsurprisingly, studies have found that short-term shareholder value may be negatively impacted by codetermination. This occurs as “labour succeeds in altering the objective function of the firm – away from maximizing shareholder wealth.” In other words, employee representatives will prioritize the interests of workers over those of shareholders, leading to higher staffing levels and lower valuations of companies with higher levels of worker representation at board level.

Even if codetermination was important to the impressive post-war growth of the German economy, it is arguable that its importance may be declining in a 21st century context. The smaller and mid-sized companies that drive much of the growth in modern economies are exempt from the codetermination law, and Germany has struggled to develop as successful a service industry alongside its manufacturing economy.

So, would there be any value in introducing German-style codetermination in other jurisdictions?

David Pitt-Watson, a leading practitioner in the field of responsible investment and business practice, is ambivalent.

“It seems to be quite successful there [in Germany], which I guess calls into question those who think it would be a disaster elsewhere,” he says. But the specific model is based on the two-tier board, he points out, which would require root and branch change of North American corporate structures.

“Good systems of corporate governance, like good systems of democracy, can be framed differently in different countries, so sometimes cannot be readily imported,” he continues.

The German system has a very particular history with roots as far back as the attempts of the Prussian state under the Iron Chancellor, Otto von Bismarck, to improve worker-employer cooperation in the 19th century.

All of the codetermination structures, customs and legislation that had developed by the 1930s were torn down by the Nazi regime. But after the Second World War, the Allies (in particular the U.S.) promoted the development of trade unions and workers’ councils that can be seen as leading to the modern system.

Post-war Germany was ripe for establishing codetermination, since workers had relatively strong status in comparison with the corporations tainted by association with the Nazi regime. The historical context also meant the push to nationalization of the industries seen in the U.K. at the time was absent following forced nationalization under the previous regime.

Other countries, particularly across Europe, have other forms of codetermination. The Netherlands, which also has a two-tier board system, provides for employees to elect up to a third of the supervisory board members. The difference from Germany is that those members must not be employees or trade union members.

Swedish employees are represented on the unitary boards of that country, with those representatives elected by workplace unions, while in France employee representatives can be elected either by the workforce or by employee-shareholders. In either case, they are unlikely to make up a significant proportion of the board.

Each model is a product of its country’s history, proving Pitt-Watson’s point about the specificity of democratic and governance models, but they demonstrate that codetermination is an entirely workable concept in a market economy.

In North America, the primacy of shareholder interests has been unquestioned for many years.

Perhaps it is time to consider how it might be possible to change the nature of corporate governance to include stakeholders other than shareholders in the supervision of company behaviour. Codetermination offers one possible solution.