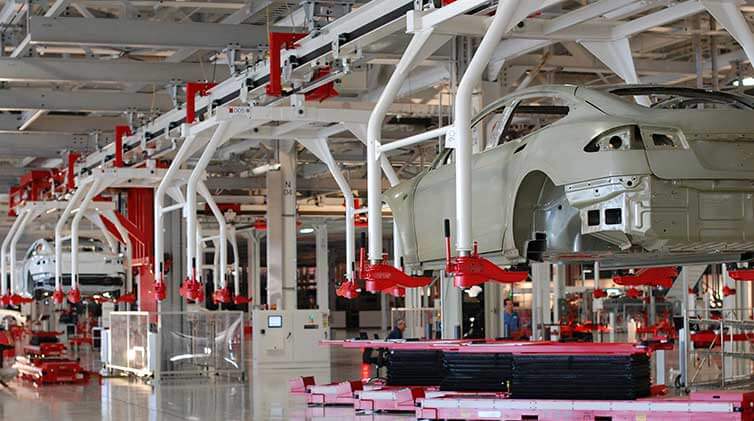 American automaker Tesla is making plans for an additional two or three more factories in the years ahead.

“Later this year we expect to finalize locations for Gigafactories 3, 4 and possibly 5,” CEO Elon Musk and CFO Jason Wheeler explained in a February note to investors. The new facilities are likely to be geared towards supporting Tesla’s highly anticipated Model 3 electric car, scheduled to begin production in July.

Gigafactory 1 is currently under construction outside of Reno, Nevada, although it is being constructed in phases that have allowed portions of the factory to already begin battery production. The second gigafactory is under construction in upstate New York, a product of Tesla’s recent acquisition of solar power installer SolarCity. Lithium-ion batteries being produced by the company are also slated to play an integral role in energy storage systems being sold by the company.

A range of different jurisdictions and countries around the world are competing to attract new Tesla factories to their shores, according to numerous media reports. Bloomberg reported last year that talks were underway between the Chinese government-owned company Jinqiao Group and Tesla over a potential factory in Shanghai.

Sveriges Radio P4 Väst in Sweden, meanwhile, learned in February of ongoing attempts by officials in Trollhattan to woo Tesla to take over an old Saab factory in the area. Several other western European countries appear to be in the mix as well. Other rumoured locations include India, Japan, Australia and another factory along the east coast of the United States.