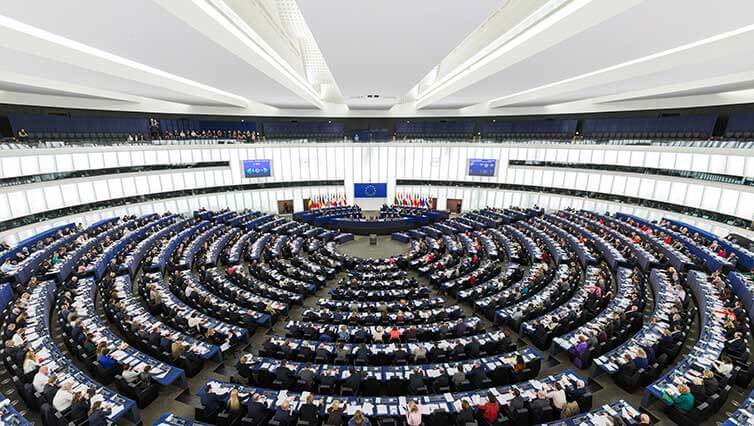 The Strasbourg seat of the European Parliament. Photo by Diliff

A new piece of legislation passed by a large majority in the European Parliament will require workplace pension funds to weigh and disclose the environmental, social and governance (ESG) risks of their investments.

An updated version of the Institutions for Occupational Retirement Provision (IORP) Directive mandates that all workplace pensions consider ESG factors when making investment decisions, as well as outline the implementation of these policies through regular public disclosures. Notably, it states that these ESG considerations will not be viewed as conflicting with the fiduciary duties of fund managers. The legislation specifically asks fund managers to consider “the risks related to the depreciation of assets due to regulatory change,” referring to stranded assets – fossil fuel reserves unlikely to be burned due to stronger action combating climate change.

Organizations like the Principles for Responsible Investment and ShareAction applauded passage of the directive. “This is a landmark moment for responsible investment in Europe,” said Catherine Howarth, ShareAction CEO. “European policymakers are to be applauded for their bold action in not only recognizing the clear financial risks posed by ESG factors, but also for mandating European pension funds to act on them.”

According to a briefing note provided by the EU, IORPs hold €2.5 trillion in assets for roughly 75 million Europeans. This amounts to 20 per cent of the EU’s working-age population. Most of these occupational pension plans are located in three countries: the United Kingdom (55.9 per cent), the Netherlands (30.7 per cent) and Germany (4.5 per cent).

Individual governments across the EU now have two years to pass the directive into national law, although it remains uncertain whether the United Kingdom will do so before exiting the EU. U.K. Prime Minister Theresa May has promised to trigger the two-year separation clause by the end of March.