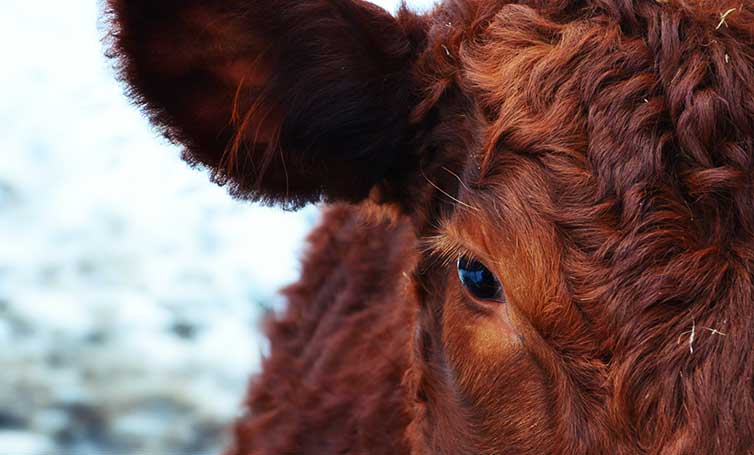 The idea of a beefless world is for many of us just too terrible to contemplate. But beef’s savoury taste also presents humanity with some rather unsavoury problems.

Canadians love beef. While consumption has been steadily falling since the 1980s, we still eat a lot of it: on average we consume 24 kilograms per person per year, second only to chicken.

But producing all that beef takes a toll. A recent U.S. study found that on a per-calorie basis, beef production requires 11 times the water and 28 times the land compared to an average of other livestock categories. And the study’s lead author expects the results would be pretty similar for Canada.

Putting aside the other environmental impacts, as well as potential health and ethical concerns, beef’s impact on GHG emissions is perhaps its largest externality.

Beef is a huge contributor to global emissions. About three-quarters of it comes in the form of methane, a short-lived but potent greenhouse gas 25 times as powerful as carbon dioxide. Because cattle are ruminant animals, the way they break down their food causes them to emit methane.

The odd bovine burp wouldn’t be such a big deal, but with over five million beef cattle in Canada, we’re talking about a substantial sum. All in, GHG emissions from beef production in the country total about 27 megatonnes per year. That’s 3.6 per cent of Canada’s total emissions, over a third of our agricultural emissions and nearly three-quarters of the emissions from animal production.

There are a minority of organic, pasture-raised and grain-fed varieties of beef with lower emissions being raised in Canada as well, but these represent only a small share of the total market at present.

If Canada is serious about hitting its national emission targets, we need to be looking for mitigation opportunities across all sectors, especially high-emitting ones like beef production. This doesn’t entail cutting beef out entirely, just that we need to try to reduce the emissions that come with it.

One way is to eat less of it, something that other countries are already encouraging. The Dutch government recently recommended that citizens limit meat in their diet, especially red meat. And even China is on board, recently issuing guidelines that encourage citizens to cut their meat consumption in half, a move that’s expected to have significant climate benefits.

There are also some cultural undercurrents supporting this type of shift. World Meat Free Day has begun to gain momentum, as has Meatless Mondays. Veggies are moving to the “centre of the plate” in some restaurants, and veganism is on the rise (this author is in fact a “weekday vegan,” which isn’t at all as difficult – or joyless – as it might sound).

But despite all this, our meat-eating habits have been slow to change, and emissions from our beef consumption, while down since the early 1980s, are still high.

People respond to prices; it’s the law of demand. When the cost of something rises, we consume less of it. This has already been shown to be true of beef in Canada: when prices went up last year due to supply issues, Canadians reduced consumption by eating less and by shifting their consumption to other types of meat.

If you’re looking to add GHG cost to the price of a particular good or service, a carbon tax or a cap-and-trade system is a great way to do it. The tricky thing is that emissions from livestock don’t really lend themselves to carbon pricing very well. The sources are too diffuse to directly monitor (and it doesn’t sound like a very pleasant job anyway). As a result, livestock emissions are typically exempted from carbon pricing schemes. This will likely be the case with the pending federal carbon price, as the policy is planned to have the same emissions coverage as B.C.’s carbon tax, which excludes emissions from animal production.

A compromise solution could be to use carbon offsets. Cattle farms could take steps to lower their emissions, get their reductions verified and then sell them as mitigation offsets. Some carbon pricing schemes in Canada and the U.S. already support offsets. Offsetting can be a useful way to extend carbon pricing’s emissions coverage, but when it comes to reducing beef’s emissions it has its limits – because offsetting only affects the supply side, there’s no incentive for consumers to reduce their demand-side emissions.

All you need is levy

An alternative could be to bring in a climate levy on beef, where for every kilogram sold, a small amount would be added to the price to account for the additional GHG emissions that beef generates compared to other types of meat. Ideally you’d have a specific levy for all types of meat, but a focus on beef makes sense because of its much larger emissions. 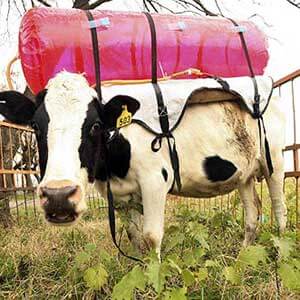 The levy would be applied at the point of wholesale. Imported beef would be subject to it, but beef destined for export could be exempted, helping to avoid competitiveness impacts. And crucially, Canadian farmers would receive a partial rebate from the levy if they could demonstrate that their emissions intensity was below the industry average.

By pricing a high-emitting portion of Canada’s GHG inventory that carbon pricing doesn’t touch, a beef levy would be a valuable complement to carbon pricing. It would help to drive cost-effective emissions reductions, reduce some of beef’s other environmental impacts and raise revenues that could be used for any number of purposes, including compensating the farmers who end up negatively impacted.

Using the figures above, a back-of-the-envelope estimate puts the value of a beef levy at somewhere between 40 and 50 cents per kilogram. Based on my rather unscientific research of beef prices (snapping a pic at my local grocer), this would mean a price increase of somewhere between 3 and 4 per cent.

But while its effect on prices would be small, a beef levy could have powerful effects on incentives. On the demand side, a slight increase in the price of beef would encourage consumers to eat less of it by buying other types of meat, or more vegetables and grains. On the supply side, farmers would work to lower their operations’ emissions intensity in order to qualify for the rebate, which would help to reinforce some positive existing industry trends. Between 1981 and 2011 the GHG intensity of beef production in Canada fell 15 per cent as a result of industry efforts to develop technologies in genetics, nutrition, reproductive physiology and herd management. As a result of the levy, emissions from beef would fall further.

A beef levy would certainly face strong and inevitable pushback from the livestock sector, libertarians and the beef-loving public. But if Canada is serious about lowering its emissions then we need to consider all our options, and a beef levy makes an awful lot of sense. Beef is a major source of emissions, and putting a climate levy on it would create powerful incentives for consumers to consume less and for producers to produce it better.