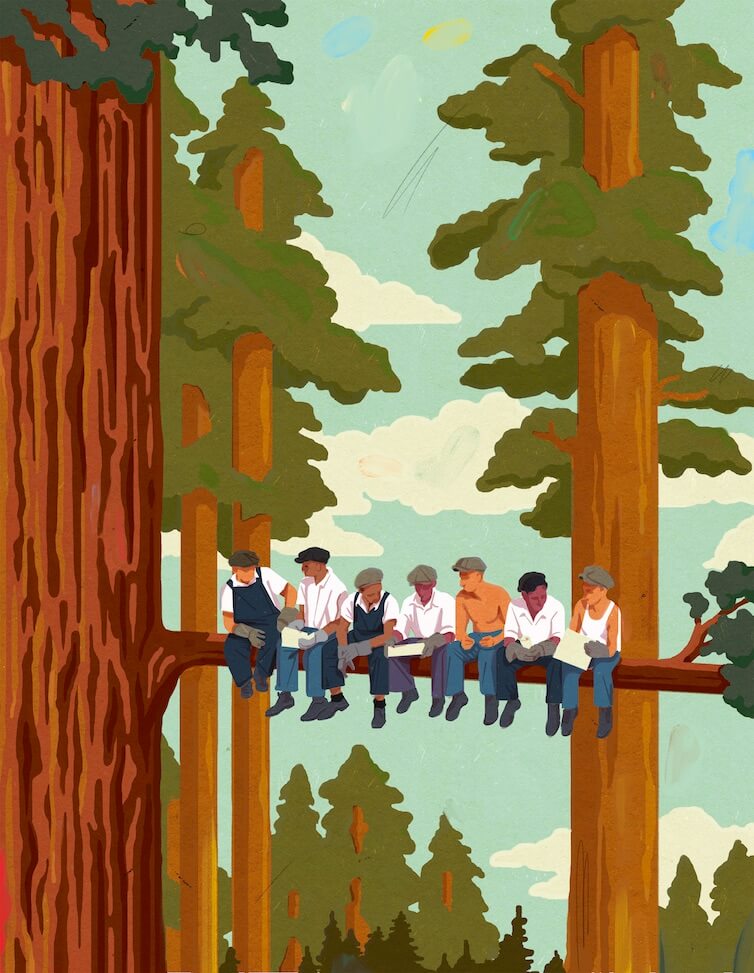 A newly released study commissioned by Environment and Climate Change Canada has underscored the overwhelming reality that here at home, we are not immune to the effects of a changing climate. Just the opposite, in fact: it’s now understood that Canada is warming at twice the global average.

And we need not look elsewhere to place blame. Canadians contribute more than their fair share of greenhouse gases. We’ve earned an embarrassing place in the top 10 global emitters, despite the fact we’re home to only 0.5% of the planet’s population. We’re actually the worst offender per capita among G7 countries, followed by the U.S., then Japan.

At the same time, we face a spate of interconnected crises: economic inequality, gaps in our healthcare system and household debt among them. We live in a time when 48% of Canadians are hovering on financial insolvency and the top 20% of Canadians control almost 70% of the wealth.

These challenges are aggravated by the climate crisis. For example, as crop yields decrease, food prices go up, and those already on the financial brink are pushed further to the margins.

The bottom line is that how we respond today will seal the fate of our natural ecosystems, economic prosperity and global security. We don’t have time to waste.

Many are now saying we need a “moonshot” – moving past Band-Aid solutions and towards more ambitious, comprehensive and bolder action to address the scale, scope and speed of the climate crisis. Greta Thunberg is a 16-year-old Swedish climate activist who inspired global school strikes with a lone climate strike last September. She bravely shared her fears at the World Economic Forum this past January in Davos:

“Our house is on fire. According to the IPCC, we are less than 12 years away from not being able to undo our mistakes.

On climate change, we have to acknowledge that we have failed.

But there is time to turn everything around. We can still fix this.

We must stop the emissions of greenhouse gases.

We must change almost everything in our current societies.

So, the question becomes: What does it look like “to act as if the house was on fire”?

Thankfully, we have a historical precedent for this kind of decisive action, at the scale of the crises we face: the revolutionary New Deal in the United States. It was shaped by U.S. President Franklin D. Roosevelt (FDR) at a time when the Great Depression presented the greatest challenges the country had seen since the Civil War. His optimistic proposals were designed to produce three Rs: reduce poverty (“relief”), stimulate the economy (“recovery”) and stabilize the banking system (“reform”).

“to act as if the house was on fire”?

Over the following years, the New Deal provided a coordinated series of actions that collectively kickstarted the American economy. It significantly increased gross national product and decreased the country’s previously crippling unemployment rates. While the measures were bold at the time, FDR continues to be categorized as one of the most important presidents in American history.

Fast forward almost 90 years and we have the opportunity to model our action today based on what worked for Roosevelt back then.

In the U.S., lawmakers led by Senator Ed Markey and House Democrat Alexandria Ocasio-Cortez have put forward a Green New Deal resolution in Congress, and Democratic presidential hopefuls are jumping in to affirm their support.

They, too, see both the urgent opportunity and enormous costs of inaction.

In Canada, young people have largely been at the forefront of this conversation. In February, thousands met in Ottawa at an event called PowerShift to continue organizing. Now, supported by 350.org, they are championing a non-partisan campaign – “Our Time” – to mobilize an unprecedented youth vote to elect candidates who support a Green New Deal for Canada in the 2019 federal election.

We need to follow the leadership of these young people.

We can take this conversation to our kitchen tables, classrooms, corporate boardrooms and, ultimately, our Parliament, engaging people from across the political spectrum.

Because to refine what a Green New Deal for Canada could look like, we need to start a national conversation to guide it.

One that includes workers in affected industries, Indigenous communities, businesses, civil society groups and everyday people from all walks of life. Opinions have begun swirling on what could be included. Now the need is for coordination and strategy, and coalitions have begun to emerge: most recently a group of 65+ organizations across sectors and across the country have endorsed the Pact for a Green New Deal, together with dozens of luminary Canadians.

This can transform the current conversation in our country, one that is pitting those that support a price on carbon against those that support continued expansion of fossil fuel infrastructure – a failed dichotomy. Instead, let’s dream bigger.

Because we all want the same things: clean air, clean water, economic prosperity and a higher standard of living for all people in Canada.

Under a Green New Deal, the federal government would exercise a much wider range of policy tools to not only invest in the economy of the future, but to do so in a way that protects the people most directly affected by a dramatic transition.

While specifics are exactly what needs to be discussed over the next year, fundamental principles have begun to be put forward, for example by those that have endorsed the Pact for a Green New Deal:

As we begin to dig in, modelled after that of the U.S., a Green New Deal for Canada could include:

In Waterloo Region for example, this means we would break ground on two-way, all-day, high-speed rail as part of the Metrolinx network. It means that as our community gentrifies, affordable housing would be guaranteed for all. And it means ensuring our land-use planning and infrastructure investments – from transit to energy to food – are decided with the next generation in mind.

In doing all this, across the country, a Green New Deal for Canada would both create thousands of high-wage jobs and provide solutions to so many other challenges we face in communities across the country. In the building sector alone, Corporate Knights estimates a Green New Deal would spur $20 billion in new investment, creating 233,000 additional jobs, while generating $54 billion in overall economic benefits per year by 2025.

By co-creating this vision with Indigenous peoples, we can further reconciliation and ensure there is a place for everyone to share in the prosperity of the economy of tomorrow.

In the U.S., those making the case for a Green New Deal point out that necessary funding could flow from the considerable return on investment and wealth these projects would create. They are also open to opportunities for public and private partnerships, or contracting work, recognizing the scale of the challenges ahead.

In Canada, we could kickstart this shift with public money we’re currently using to subsidize the economy of the past. For example, if we started by ending current federal subsidies for domestic oil and gas producers, we would free up $16 billion over 10 years.

“a massive government jobs program and investment in clean energy,

Now, this is our moment. So many have paved the way. Now, it’s on all of us to move this conversation to Parliament. To ensure our elected representatives bring us together to shape the specifics of a Green New Deal for Canada.

Polls suggest this could be a movement with broad support. This April, Abacus Data found that a majority of Canadians – 61% – support or somewhat support such a proposal, described as “a massive government jobs program and investment in clean energy, green technology, and electrification.” When asked how they feel about the plan if it requires “corporations and the wealthy” to pay higher taxes, support increased to 66%.

The key to our success will be how we engage previously and currently underrepresented groups to shape solutions for all, from Indigenous peoples to migrant communities to the precariously employed, to ensure they have a valuable place and will share in the transition.

Earlier this year, I decided to run for Parliament, because I believe we can dream bigger. We can rise to meet the challenges we face. And championing big ideas at the scale of the Green New Deal is one example of what this could look like.

Ultimately, this is not about left versus right. I don’t see taking action on the climate crisis as a partisan priority.

I see it as our responsibility to act in a way that respects the urgent calls we’ve received, from young people like Greta Thunberg to Indigenous leaders to climate scientists around the world.

And it’s in our collective best interest to act decisively, securing a bright future for generations to come.

Mike Morrice, founder of Green Economy Canada, is running to represent Kitchener-Centre in Parliament as a candidate with the Green Party of Canada.