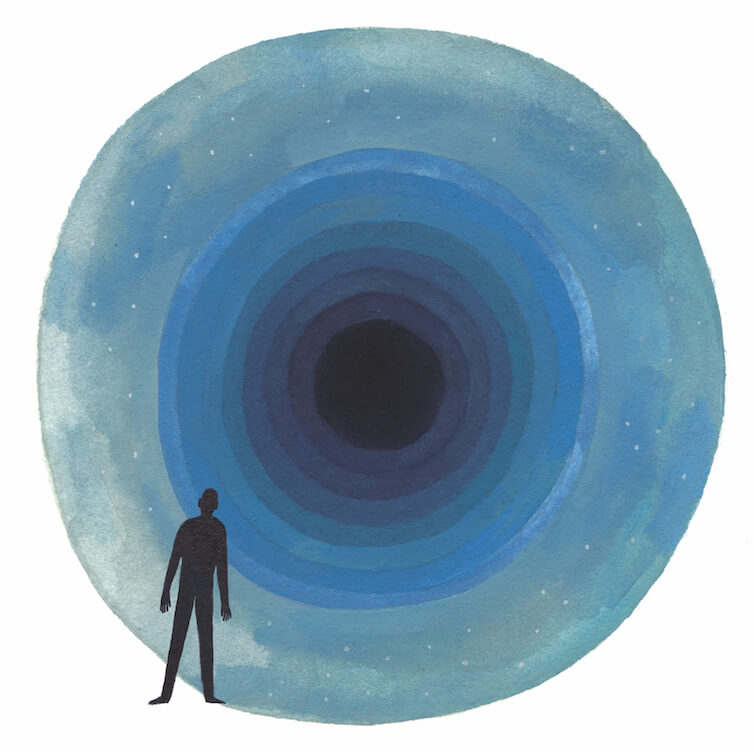 McMillan underscores that his keen understanding of the power of networks lies at the heart of everything he accomplished during his tenure as Canada’s second longest serving environment minister. The establishment of five new national parks and the overhaul of the Canadian National Parks Act. Leading negotiations that culminated in the 1991 Canada-United States Air Quality Agreement on acid rain as well as the launch of a major Canadian program to combat the issue. Outlawing leaded gasoline. These are just a few examples. What many consider his most powerful accomplishment – assembling and chairing the 1987 world conference that produced the 1989 Montreal Protocol on Ozone Depletion – was described by then-UN Secretary-General Kofi Annan as “perhaps the single most successful international agreement to date.”

“The minister of the environment is not, and certainly wasn’t in my day, someone who acts entirely on their own,” says McMillan, now 73 and living in Boston, where he served as Canadian Consul General to New England between 1989 and 1993. He or she is “uniquely positioned to take advantage of horizontal networks within and beyond the federal government.” These include health and welfare, external affairs, commerce, business and NGOs. McMillan credits his department’s accomplishments and, by extension, receiving Corporate Knights’ 2019 Award of Distinction for his work on the Montreal Protocol, to this we’re-all-in-it-together approach. “I recognized my own limitations within cabinet and consequently mobilized a hell of a lot of different people within my purview.”

McMillan’s humility aside, what is undisputed is that the agreement couldn’t have come about without the participation of multiple stakeholders including international governments, the global scientific community, NGOs, and industry, all of whom were charged with phasing out chlorofluorocarbons (CFCs) in refrigerants. Those CFCs were responsible for the erosion of the ozone layer. Fixing the problem had a big price tag: $135 billion worth of machinery in the U.S. alone needed to be retrofitted or replaced.

“I recognized my own limitations within cabinet

and consequently mobilized a hell of a lot of

different people within my purview.”

And yet, once industry supported the scientific discovery that CFCs were in fact destroying the ozone layer, it became a driving force behind the agreement.

“When I joined Dupont in 1979,” recalls Joseph Steed, “the idea that [humanity] could do damage on a global scale was at the very least hard to accept for people who hadn’t been involved in the science, and hard to accept even for those who had been.”

Steed was Dupont’s environmental manager in the Freon refrigerant division from 1986 until 1988 and throughout the Montreal Protocol negotiations. He had been hired by the chemical giant to study ozone depletion. “Dupont was a science company, and we said, ‘we’ll go with the science.’ Obviously, the hope was that when we resolved [the uncertainties in the scientific models], the issue would go away.”

By the mid-1980s, Steed and his employer were convinced that ozone depletion was caused by human activity and that it wouldn’t simply go away. Dupont’s subsequent commitment to phase out and find replacements for CFCs was a key factor in industrial support for the treaty. As a result, recent evidence shows that the hole in the ozone layer over Antarctica is beginning to repair itself. “Like climate change today, it was a global problem,” says Steed, who still consults with industry on the climate crisis. “And we needed change to happen on a global scale. It is my fervent wish that similar action can be taken today.” 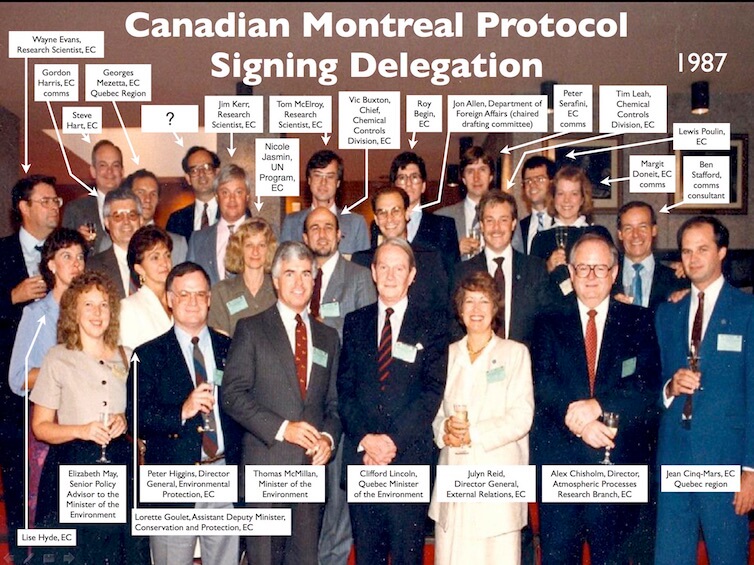 For his part, McMillan is optimistic that change can happen, and he points to the fact that the treaty has been revised eight times since its inception as an example. The most recent revision, which was enacted in January of this year, phases out the hydrofluorocarbons (HFCs) that replaced CFCs. While they don’t harm the ozone layer, HFCs are a potent greenhouse gas, and are implicated in global warming.

“The Montreal Protocol was intended to be organic,” explains McMillan. “It created a process, one that continues to evolve to address the science and the new issues. It lights the path ahead in terms of techniques to get the world to act in unison. It’s only in very recent months that I have really appreciated fully what it has achieved.”

“The Montreal Protocol lights a path ahead

world to act in unison.”

McMillan’s three daughters are a testament to his optimism. It takes a certain hopefulness to choose parenthood when your job involves hourly briefings on the dire consequences of human activity. But his children seem to have inherited McMillan’s interest in social and environmental justice. Emily, 28, is head of marketing for United Way of P.E.I. Becky, 32, is pursuing a PhD in Third World water management at the University of Toronto. And Kelly, 34, is a lawyer whose Halifax firm successfully challenged the province of P.E.I. to bring abortion access to the island.

“When I see what they’ve done in their lives and the contributions they make, I think even if I haven’t done anything else, that wasn’t so bad. They’ve all got something to offer, and are offering it,” says McMillan.

But of course, McMillan has done plenty else. The Honourable Pat Carney held several senior posts in Mulroney’s cabinet, including minister of international trade. By shifting the focus from natural resources and geography to emerging public concerns such as acid rain, says Carney, McMillan “ushered in a new era of environmental awareness in Canada.” He focused on the social and economic impacts of the failure to protect the natural environment, and he “listened to Canadians who were protesting the perceived destruction of our landscape.”

Humanizing the issues, making them relatable, telling the story and listening are the keys to McMillan’s effectiveness as a public servant. His ability to communicate the beauty and magnitude of the Gwaii Haanas National Park Reserve in South Moresby, B.C., for example, helped to rekindle public and governmental support for the national park and it’s the accomplishment he treasures most. “It’s Canada’s most exotic wilderness area and was the hardest park to complete, with warring factions in industry and government, hugely expensive. People said it couldn’t be done, and we did it. It’s an enormous testament to the political courage, vision and acumen of a lot of people.”

Today, the idea that humanity could do damage to the earth on a global scale is still, sadly, up for debate. The Montreal Protocol, and McMillan’s tireless efforts to bring it about, are a testament to the idea that we can also heal the globe, but only if we work together.